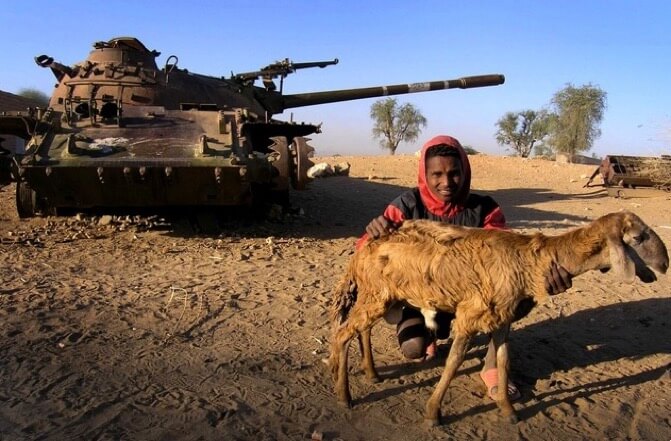 It was a good week for small, nasty wars. In the Balkans ethnic cleansing by the government of Serbia provoked armed resistance on the part of Albanians in the Serbian province of Kosovo, drawing down the threat of renewed NATO intervention in former Yugoslavia. In the Horn of Africa there was a sudden, violent confrontation between Eritrea—the world’s newest country—and Ethiopia, the state from which it was thought to have peacefully seceded.

Kosovo was, to some extent, a war foretold, but the problem in Ethiopia and Eritrea took many observers by surprise. It seems like yesterday—indeed it was only a few months ago—that foreign policy wonks in Europe and America were still talking of the leaders of these two countries as the leading figures in a group of New African politicians, a close-knit generation of statesmen who were ushering in an era of regional cooperation. Now they are trying to explain what went wrong.

The issues at stake in the Balkans are complicated enough. But if you feel hazy about Kosovo, try the Horn of Africa. There are a dozen Balkans there, 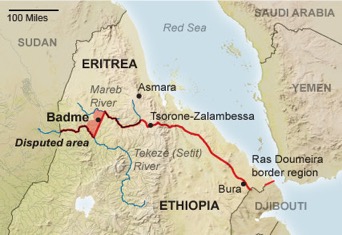 and no one understands them fully, including their own citizens. The falling-out in the Horn is particularly puzzling because the President of Eritrea, Isaias Afewerke, and the Prime Minister of Ethiopia, Meles Zenawi, are friends and former comrades-in-arms. For sixteen years the rebel movements they led, the Eritrean Liberation Front (EPLF) and the Tigrayan Liberation Front (TPLF) fought together against the Derg, the Marxist regime that brutalized greater Ethiopia in the 1970s and 1980s. The separation of Eritrea from Ethiopia after the defeat of the Derg was hailed as a model of peaceful transition by secessionist movements in other African countries. Meles and Isaias were so close that the political opposition in Ethiopia accused Meles (whose mother is Eritrean) of dismembering the country to do a favour to his old ally.

Only three years ago, in 1995, I saw the two leaders together in Mekelle, the capital of Tigray, Meles’ home province, near the Eritrean border. It was at the celebrations for the twentieth anniversary of the TPLF in 1995, two years after Eritrean independence, a bucolic occasion where Meles and Isaias danced with other guests round a bonfire in the moonlight under a huge fig tree. Mahmoud Ahmed, a celebrated Ethiopian vocalist—in stage presence and vocal register somewhere between Tom Jones and Luther Vandross—sang “Salaam” (the word for peace in Semitic languages), a torch song that had made him famous decades before. Nearby, a totalitarian-style monument, recently erected by the Tigrayans to celebrate their victory over the Derg, soared above the stony landscape.

It seems like yesterday. But the party’s over. Last week Eritrean jets bombed the town where the two leaders danced. And the Ethiopian air force counterattacked by bombing Asmara, the Eritrean capital.

Why this sudden, catastrophic deterioration in relations between the two countries? Ethiopia is the remains of an indigenous Christian empire, dominated by two rival highland peoples, Tigrayans and Amharas. The empire expanded in the nineteenth century to include dozens of other ethnic groups—some Christian, some Muslim, some neither—but for most of the twentieth century Amharas came out on top. The core of the present Ethiopian government, though, is composed of Tigrayans. Imagine a Soviet Union where communism had been overthrown, not by Russians but by Ukrainians, and where Ukrainians had all the top jobs. That, it seems, is how Amharas tend to feel about Tigrayans.

The Eritreans, despite their fierce nationalism, are not a single ethnic group either. Eritrea as a polity was more or less created by Italy, which colonised it in the 1930s. The religious and ethnic complexity of Eritrea rivals that of Ethiopia. Eritrea, too, is threatened by conflict within.

Cynics say that Meles and Isaias both need a war to quell internal dissent and unite their respective countries behind them. Ruling such countries, with their history of ethnic rivalry and division is a difficult task, even for men of good will. Meles Zenawi’s approach has been to recognise these divisions in the constitution, a radical step in a continent where the spectre of divisive ethnicity haunts every state. From this point of view the secession of Eritrea was the fruit of political realism. Many Ethiopians, particularly, of course, Amharas, from the group that has traditionally been in charge, have a deep fear of such divisions. What they fear, in a word, is balkanization. For this reason they were bitterly opposed to Eritrean independence.

“Look at Rwanda,” a noted Ethiopian intellectual, an Amhara, said to me. “Look at Yugoslavia.  Look what happens when you lift the lid on all this.” In the current conflict, for the first time, such people find themselves supporting Meles Zenawi’s government. In this sense the war seems to be uniting disparate constituencies within Ethiopia. And maybe Eritrea too. It would be a sad irony, though not unprecedented,  if these countries could only stay together by going to war with each other. ✭