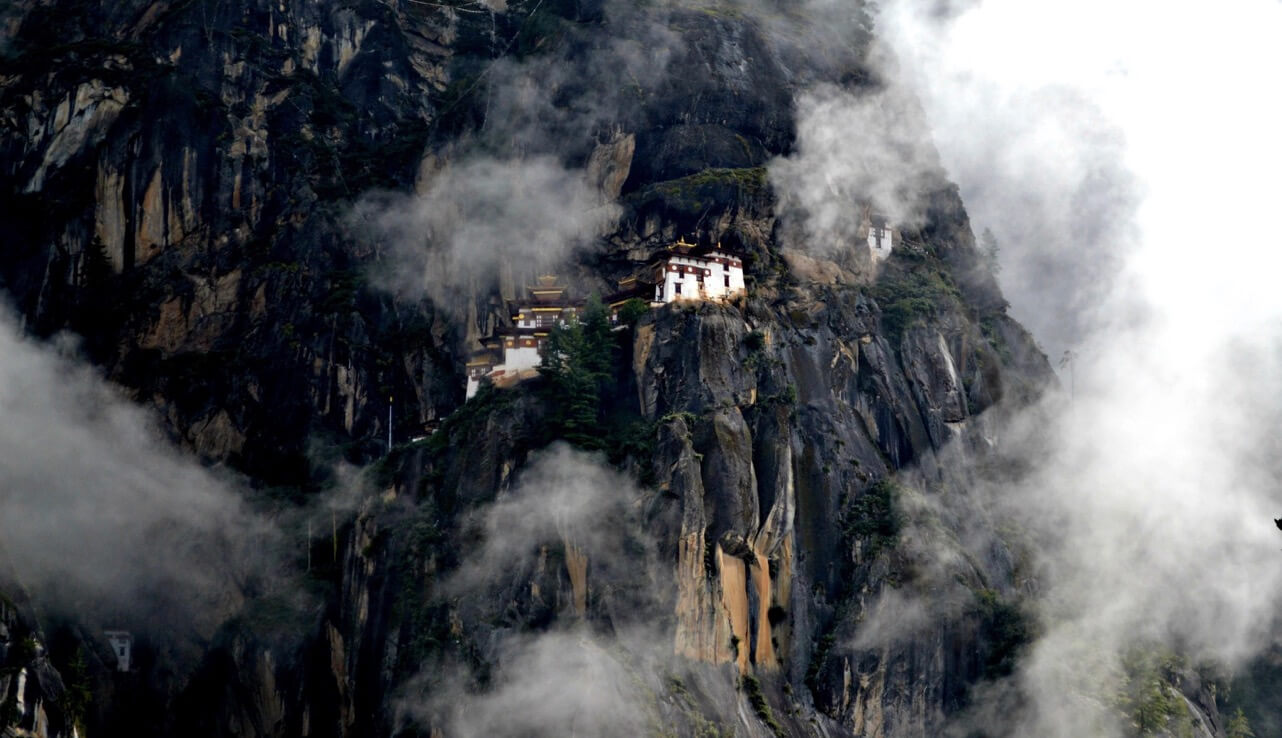 The view from the fortress tower in the Paro Valley in Bhutan, is as good as a landscape gets.

“The valley floor is like a giant zen garden,” I wrote after a visit there in the 198os. “Tiny boulder-strewn plots gleam with wheat and barley; flooded rice fields mirror the mountains and the sky. The fields are threaded silver with irrigation channels that flow from the Paro river as it hurtles from the Himalayas to the plains of Bengal…”

The Paro Valley still looks like that, by all accounts. Last week, though, one of the monuments in this landscape—Takstang, the Tiger’s Nest—suffered a drastic transformation.

A horse’s egg, a piece of the moon

The fortress tower that provides the vantage point for this astounding view of the Paro Valley houses a museum, one of the world’s strangest. The exhibits in the Paro museum include a stuffed snow leopard, a horse’s egg, the miraculous footprint of a lama in rock, and a small piece of the moon, presented by President Nixon. The museum floats between worlds, between science and religion, between local and global. The exhibits there are illuminated by the open flames of butter lamps. In conversation with the deputy director of the museum I came to understand one of the principal factors in the formation of the cultural landscape of the Paro Valley: the role of fire.

The Deputy-Director of the museum is the daughter of a celebrated Tibetan Rimpoche, an incarnate lama. She is known in the world of scholarship for her work as an architectural historian—and among acquaintances, less widely, for her impressive arm-wrestling technique. When I visited her at the museum—it’s an hour’s walk up from the valley floor—she drew my attention to the butter lamps illuminating the statues and thangkas—the sacred paintings on display there.

A butter lamp is a dish of clarified butter—ghee as it is known in the subcontinent—with a floating wick that gives off a flickering light. With their sooty smoke and attendant fire risk butter lamps hardly conform to international standards of conservation. But, as the Rinpoche’s daughter explained, to dispense with them would be to lose the religious ambience that gives meaning to the exhibits. To illustrate the vulnerability of the museum, she directed my gaze north towards the charred ruins of Drukyel Dzong, the fortress monastery that guards the road to Tibet. Earlier this century Drukyel Dzong was destroyed in a blaze caused by butter lamps like these, upturned in an earthquake.

The conflagration of the Tiger’s Nest

Beyond the ruined dzong, towards Tibet, out of sight of the museum, sheer cliffs rise above the valley. One of them is the site of Taktsang, the Tiger’s Nest, the oldest-established monastery in the region, a cluster of wood and mortar buildings accessible only by a tiny footpath that zig-zags five hundred meters up the cliff. The Tiger’s Nest has a special role in Bhutanese religious history. According to legend, the eighth-century master Padmasambhava, who is known in Bhutan as Guru Rinpoche, flew here from Tibet on the back of a tigress, an event that marked the arrival of Bhuddism in Bhutan.

Butter lamps are the sole source of light in the Tiger’s Nest monastery. For centuries pilgrims brought food to the monks living there, guardians of monastery buildings that are filled with religious paintings—thangkas and thongdröls, huge silk hangings brought outside and unveiled for yearly festivals, bringing splashes of vivid colour to the mountainside.

That was until last week. Now Takstang monastery, like Drukyel Dzong, is gone. Last Monday it burned to the ground, taking with it the paintings, the silk hangings and most of the ancient buildings. One of the monks there died. The probable culprit: a butter lamp. High on the rock face where Takstang is, no one could get near the fire. Now, it is said, there is little left of the monastery but ashes.

This may sound like bad news indeed, but there are aspects of Bhutanese culture that put the destruction of Taktsang in a different light. Consider the art school in Thimpu, the capital of Bhutan. Here, on the ground floor, you can watch children learning to draw clouds. Just clouds. After some years, having mastered clouds, they move up a floor and learn to paint dragons. Then, after further years of study, they ascend to the top floor of the school where they are apprenticed to a painter of thangkas and mandalas, and learn the iconography of the holy men of the past. And that is it. Clouds, dragons and images of saints are what they learn to paint. Fidelity to the originals, not originality, is what is aspired to. 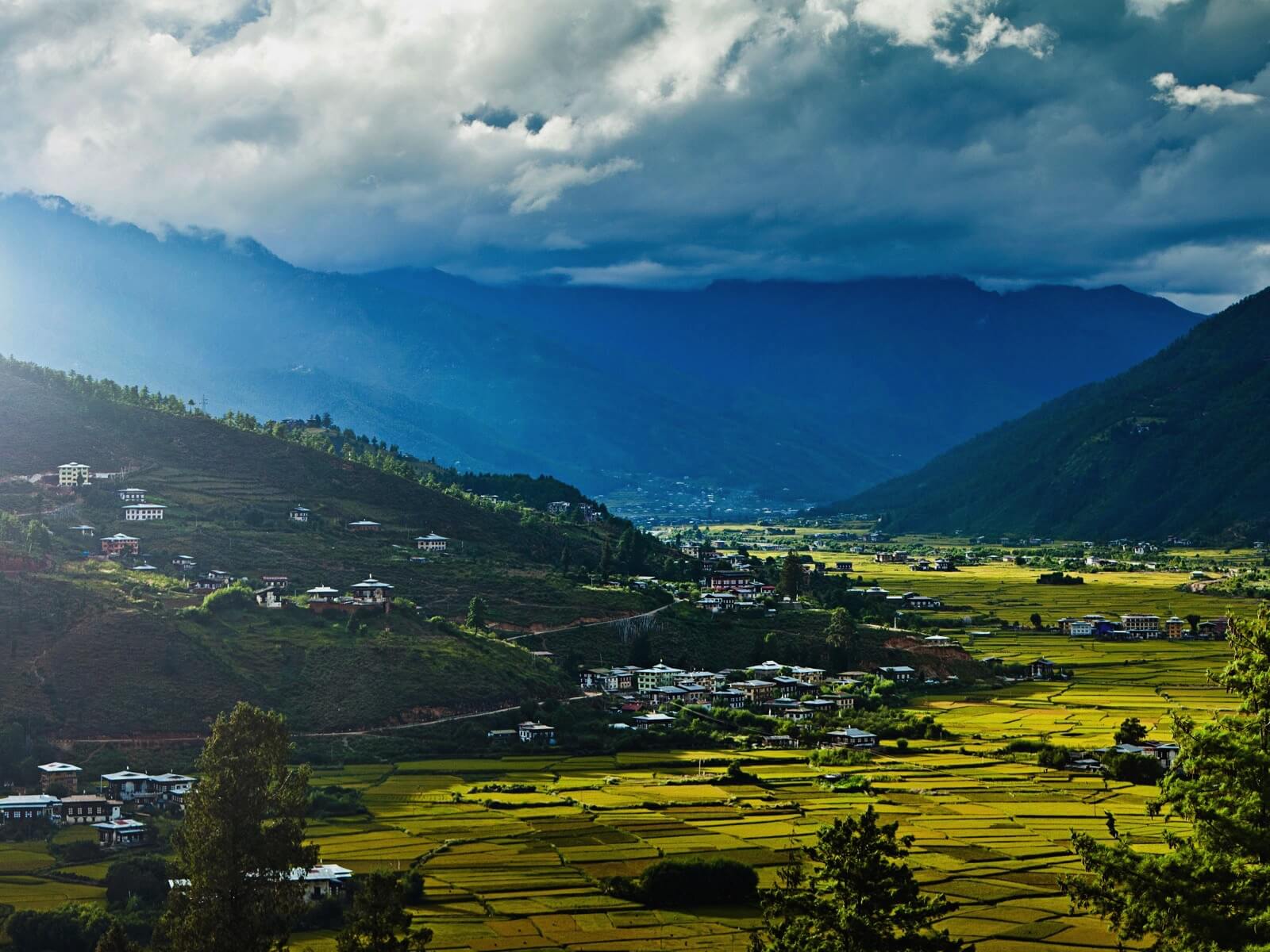 On my first trip to Bhutan—a decade ago now—I visited a new-built temple in the east of the country. The building, then still under construction, was a hundred feet high; the walls were four foot thick. It was built with stone and timber. Nothing else. Not even a nail. The new temple could have been built at any time in the previous five centuries.

On the site of the new temple I encountered a senior Bhutanese cleric, Lopon Pemala. He was supervising the adornment of the temple, prior to its consecration. The Lopon sat on the floor of his office, cross-legged and barefoot, his Samsonite briefcase spilling magical packages to be incorporated into the newly-made statues in the temple. He was himself a distinguished painter of thangkas. Or rather, as I wrote at the time, in terms of traditional Buddhist art, he was distinguished by his lack of distinction, by his adherence to a tradition where an artist’s highest achievement is to be anonymous, to copy his predecessors’ work exactly, where forms and symbols, clouds and dragons, remain exactly the same, where originality is anathema. This aesthetic is part of the wider principle of replication, of rebirth and reincarnation, that pervades Mahayana Buddhism.

“Because we believe in reincarnation,” the Lopon told me on that occasion, “our view of the individual, of history, is different. And so is our view of the modern world.”

“This world, for us, has only one dimension,” he said. “Museums are institutions of modernity. The past is imprisoned there. In Tibet the Chinese have made our temples into museums. It is our duty to make sure that does not happen here.”

“For us,” Lopon Pemala added, “a statue is not clay. It is not art. It is a living god. Even if it was made yesterday.”

Confronting the culture of unfaith

I took my leave of Lopon Pemala on that occasion in a state of mingled admiration and bemusement. There’s no arguing with someone who thinks a statue is a living god—and who is also aware, as Lopon Pemala was, no doubt, that the person they are talking to is incapable of understanding such a statement as anything more than a metaphor. 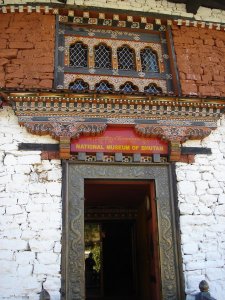 How long such a belief system can endure in the face of globalisation is anyone’s guess. And the price paid for its survival is a degree of authoritarianism, of sequesteredness. But today, hearing the news of the destruction of Takstang, I reflect that a culture like this, one that has not lost the authority of faith, nor the antique skills of builders in wood and stone, while it may lack freedoms that we value in the Western countries—and while it may rest on a metaphysical notion that cannot be fully shared with unbelievers—has a distinct advantage in dealing with disaster. This advantage may be manifested both when dealing with the loss of an ancient building, and also when confronting the threat to communal beliefs and practices that is posed by world culture, a culture complex that is enshrined in the museum, a place where tradition arm-wrestles with modernity.

The destruction of Takstang, the Tiger’s Nest, is a loss for historians of religious art. But if the Bhutanese are of a mind to do so they will be able to recreate both the building and the artefacts within it—the statues and mandalas, the thangkas and thongdröls. And all without the use of nails. It is an act of reflexive conservation, of replication, of spontaneous restoration. That it is possible for Bhutanese to do this if they choose is more important, in terms of cultural continuity, than the loss of specific art objects or monumental buildings. This mastery of tradition, I wrote at the time of my last visit, may stand Bhutan in good stead in its engagement with modernity, in its confrontation with a world culture of unfaith, whose destructive power is greater than fire. It’s a sentiment that still seems true today. ✭