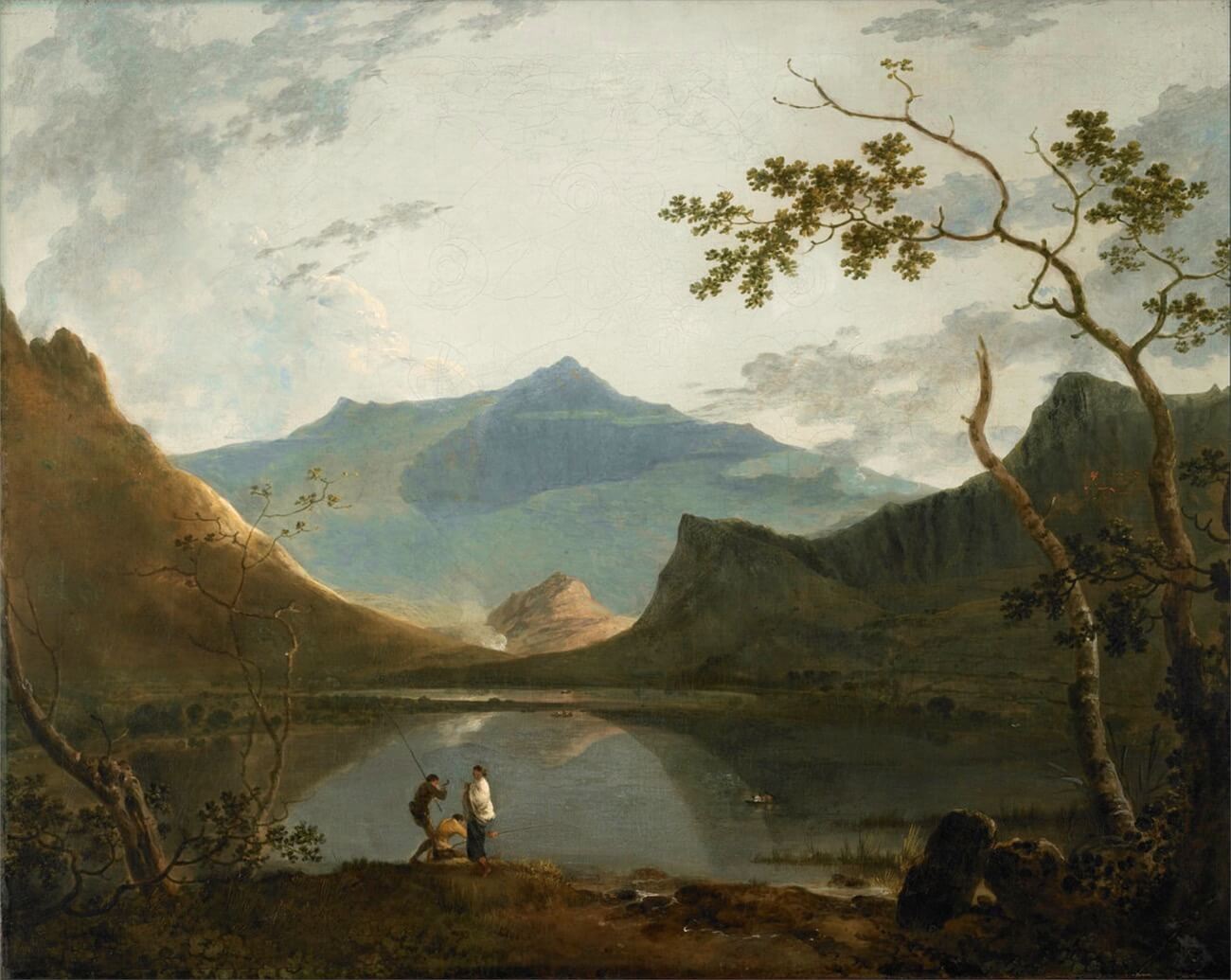 I first went up Yr Wyddfa—Snowdon to the English—at the age of two, in my father’s rucksack. As soon as I could walk, I was hauled up along the Pyg Track, the easiest route to the top. Later, my father led us, roped-up, across the wind-blown knife-edge ridge of Crib-goch, with its dizzy views of the other Welsh three-thousanders—the fourteen highest mountains in Snowdonia, a set of peaks that manic mountaineers with sinews of steel run up and down in a single day.

We climbed Snowdon every year—in sun and rain and hail and snow. We climbed it on Spring days when the mountains were islands in a lake of cloud that filled the valleys below, a landscape that seemed to be—as it indeed is—from the Ice Age. We climbed it in Autumn when the veins of quartz in the crags near the summit glinted like the first snowfall. We climbed it by moonlight on midsummer’s eve, when the spirits of Celtic Britain were abroad: we saw Brockenspecters there, gigantic creatures that loom out of the mist, silhouetted by the sun, that turn out to be magnifications of your own shadow; we heard a hundred intoxicated Welsh and English revellers singing “Men of Harlech” on the summit at dawn.

The imprint of these childhood experiences leaves me with an absurdly proprietorial feeling towards Snowdon, a feeling I share, I am sure, with several hundred thousand other mountain walkers, both Welsh and English. People like us don’t feel there should be any change on the mountain without our say-so. On balance, though, I think most will be glad at the news that the National Trust is to buy it, or part of it. 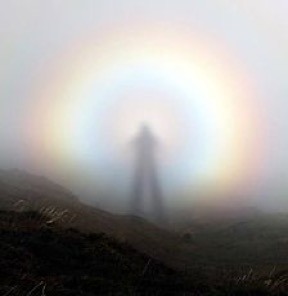 The Snowdon Appeal, launched in August with a £1 million gift from Sir Anthony Hopkins, has raised over £3.3 million to purchase the southern flank of the mountain. It’s on course to reach its target of £4 million before the deadline next month. This change of ownership is a change that precludes further change—it will make the land inalienable. The custodianship of the National Trust offers, it is fair to say, the best chance of a well-run semi-wilderness, of achieving the right balance between environmental conservation and a living for local people—and public access for the likes of you and me.

Snowdonia is a national park, but a park of a peculiarly British kind, where most of the land is in private ownership. The National Trust already owns bits and pieces of it; now it will own the greater part of Snowdon itself, the mountain that the romantic painters and poets and natural scientists of the eighteenth and nineteenth centuries made into a national symbol, an icon of the British landscape—our Grand Canyon, our Matterhorn.

It’s a good thing that the main benefactor of the Snowdon appeal, Sir Anthony Hopkins, is himself Welsh. The appropriation of Snowdon by the English, starting with the name itself, is a delicate topic. It was English industrialists who made fortunes from the slate quarries—now abandoned—that spread from the mountains to the coast. It was an English geologist, the Yorkshireman Adam Sedgwick, who explained how the landscape had been spun from the earth and sculpted by glaciers. And it was English artists (with the notable exception of the locally-born Richard Wilson, one of the founders of British landscape painting) who made Snowdon, with its crags and cloudscapes and quicksilver light, a sacred site of the Romantic movement.

These days the sheep on Snowdon—overgrazed as it is—are not worth very much. The strength of sterling and the picketing of ports by animal rights activists have eroded the export market for live animals. And the collapse of the ruble means that there will be no more Welsh sheepskin in Russian wool hats—formerly a thriving market.

The price the National Trust is paying for the Snowdon estate is reported to be £700 an acre. Given the state of the farming business, hill-farming in particular, it’s an extraordinarily high price. Similar land elsewhere in Wales fetches less than half that. Even in a recession, it seems there’s a premium to pay for an iconic landscape. Reflect, though. £4 million may sound like a lot, yet these days it could be the price tag on a single landscape painting by one of the nineteenth-century painters who made Snowdon famous, such as Turner or John Sell Cotman. If you like the look of the mountain that much, you could argue, why not buy the real thing? 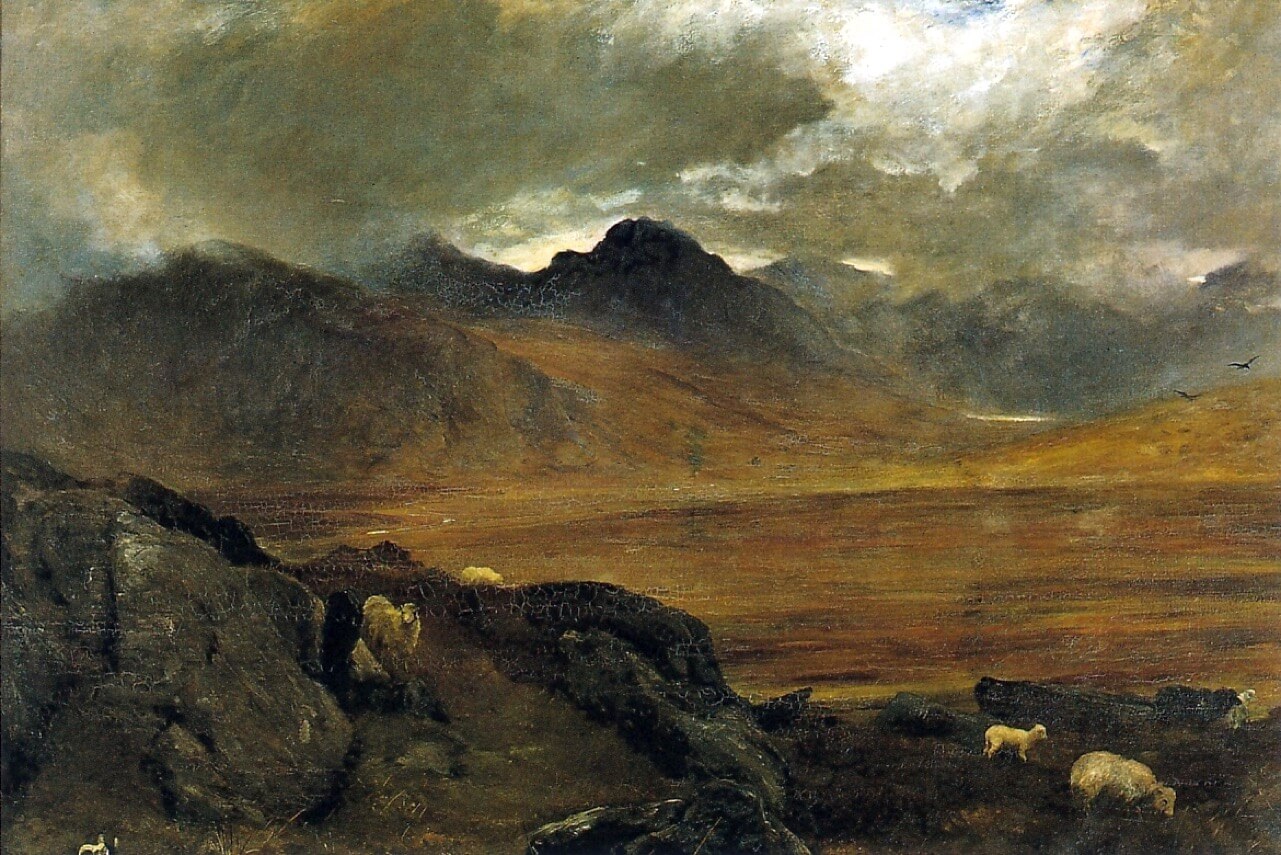 A landscape as a work of art

I walked up the mountain for the hundredth time a couple of weekends ago. Jacob’s ladders propped up the clouds; Cardigan Bay was a line of silver light.

I remembered the day in my childhood when my father took me to the slate quarry in Blaenau Ffestiniog, south of Snowdon. Here, during the Second World War, most of the priceless holdings of the Tate and the National Gallery were stored secretly to keep them safe from the Blitz. It’s a remarkable story. The paintings were spirited away from London concealed in chocolate delivery vans, then installed in air-conditioned galleries in the slate mine for the duration of the war. It sounds like a flight of fancy, like a dream, like a Brockenspecter. But it’s what happened. During the war years, Snowdonia sheltered art works worth hundreds of millions of pounds, protecting them from air raids and the threat of German occupation.

But the mountain itself is the greater work of art. A national gallery of nature, in need of conservation. Successively hacked up by slate barons, overgrazed by desperate hill-farmers, and trampled on by tourists, it now deserves—even more than the paintings did—to be protected for posterity. ★