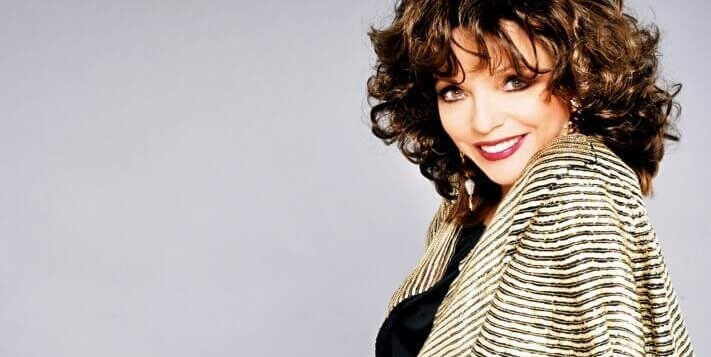 When the diva of dreck met the publisher from hell

Long ago, when Joan Collins was a mute, inglorious vedette and the sex-and-shopping novel was barely a gleam in an agent’s eye, literary courtroom trials centered on issues of high seriousness: art, obscenity, censorship and freedom of expression.

One of the most celebrated cases, in the 1920s, was Ulysses, James Joyce’s masterwork, impounded by British Customs at Folkestone and put to the torch by the US postal authorities in New York. Not until 1937 was Ulysses finally published in Britain and the United States. Then came Regina vs. Penguin Books and the 1960 Lady Chatterley trial. And in the early 1970s Hubert Selby Jr’s now largely forgotten Last Exit to Brooklyn, the subject of one of the last prosecutions for obscenity in an English court.

In each of these trials the idea of literary value was central to the defence: the representation of sex and violence was held to be transformed and redeemed by art. Author and publisher, it went without saying, were in it together. When Penguin Books was prosecuted for publishing D.H.Lawrence’s Lady Chatterley’s Lover, under the newly introduced Obscene Publications Act, celebrated writers and academics came forward to give evidence for the defence: E.M. Forster followed the critics Richard Hoggart and Helen Gardner into the witness box.

The Chatterley trial was a cause célèbre, sometimes to the point of absurdity. Soon after the trial the highbrow periodical Encounter published an article of forensic precision in which John Sparrow, then Warden of All Souls College, Oxford, analysed Lawrence’s unprecedentedly explicit description of Mellors’s seduction of Lady Chatterley. The description may have been too frank for the Director of Public Prosecutions, but it was tantalisingly ambiguous for the Warden, who discerned unconventional sexual practices and spelt them out, orifice by orifice, for slow-witted readers. The judge in the Chatterley trial was himself a fabulous anachronism: the crucial question about the book, he told the jurors in his summing up—this was in the 1960s—was whether or not they would be willing to allow their servants to read it.

Not art, but money

It is hard to imagine either E.M. Forster or John Sparrow appearing as a witness in the case of Random House vs. Joan Collins, the trial that is currently providing diversion in the publishing world. This is not just because Forster, Sparrow and their like are no longer around. (The Joan Collins trial is dominated by another ghost, that of the late Swifty Lazar, the Hollywood agent who fixed the contract that is causing so much trouble.) Nor is it because Joan Collins’ book lacks literary value, though this is indeed the case. It is because the trial is clearly not about art, but money, something Forster, Sparrow et al would have thought beneath their consideration. The Joan Collins trial is taking place in the lucrosphere, a realm where, as the defendant put it, briskly, under cross-examination, £800,000 really isn’t very much.

Yet it was the verdict in the Chatterley trial and its elevated concern with artistic values that made Joan Collins’ writing career possible—hers and a thousand others’. The legal precedent that the trial established eventually allowed unconstrained range to Eros across all genres, high, low and middlebrow. It was, effectively, the end of censorship. In this sense Joan Collins and her ilk are the price we pay—we and our servants, that is—to be free to read Lawrence and Joyce today.

The idea that explicit sexual description needs to be justified or redeemed by art, the idea central to the Chatterley trial and to the defence of Last Exit to Brooklyn, has now gone by the board. Sex in novels is no longer what publishers fight court battles to defend; it is what they pay authors to provide. Or, in Joan Collins’ case, sue them for not providing. According to Random House, Collins’ manuscript was incomplete, “very primitive”, “very much off base”. It was, said her editor, Joni Evans, “alarming”.

Some writers might be happy for their work to be called alarming; but it seems that what the publishers meant in this case was that, by the conventions of the sex-and-shopping saga, Joan Collins did not put out for them. Foreplay was all they got. Joan Collins’ lawyer, turning the idiom on its head, described his client as “seduced and abandoned” by Random House.

The trial reveals, among other things, the many meanings of the word “editor”. There are several different roles that publishers’ editors may adopt: some are like midwives or nurses, some like psychotherapists or masseurs, some more like plastic surgeons. A few are miracle workers who bring inert manuscripts to life, alchemists who transform dross to gold. It seems, though, that Joni Evans is not any of these. She is more of an undertaker, consigning manuscripts to the morgue if she considers them, to use her term, “off-base”.

At least Joan Collins drafts her own drafts. She is not like Naomi Campbell, one of the increasing number of celebrities for whom the word “editor” is a euphemism for a ghost-writer. The Joan Collins writing style, as she says herself, is generous, over the top, but she delivers the copy, such as it is. She calls herself “the Queen of adverbs and adjectives”. Clearly, in this case, Joni Evans got tired of playing royal handmaiden and grammarian.

So—the diva of dreck met the publisher from hell. Do we care? We care just a bit. Who can fail to feel some sympathy for an author so publicly traduced by her publishers as Joan Collins has been, particularly when it is done in such conspicuously bad faith? (So, she didn’t finish the book? So? Did John Murray sue Coleridge over Kubla Khan?)

The tale of the Queen of the adjectives and adverbs has an ancient moral: radix malorum est cupiditas. Greed is at the root of it. It could be the plot of a book, once lawyers work out who owns the rights to it: The Trial of Joan Collins might be the title, a true-life novel providing what the manuscript in question apparently did not: a plot combining money, glamour, vanity, fame, ambition and good old-fashioned dirt, an everyday tale of potboiling folk, falling out over their share of the shrinking loot. ★