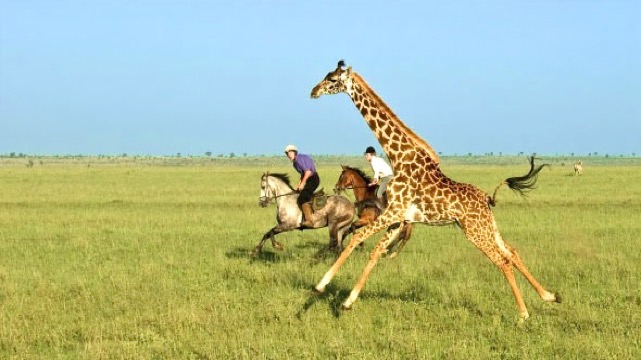 I don’t know why it took me so long to learn to ride. I was brought up in an English country town, the son of a doctor, and many of my father’s patients were farmers, or practitioners of related rural professions. One was a gypsy horsedealer. Another was a distressed aristocrat, a practitioner of haut école, who lived alone in a caravan in the grounds of his ruinous stately home until, in early old age—to his neighbours’ surprise, and my father’s, and maybe his own—he was summoned out of retirement to teach dressage at the most exclusive of all equestrian establishments, the Spanish Riding School in Vienna.

Where I grew up barn dances and gymkhanas were more or less de rigueur for the rural bourgeoisie. Girls met boys and boys met girls at the Junior Hunt Ball. We took dance classes to learn how not to tread on each others’ toes. And we could have riding lessons too, if our parents were willing, riding and dancing being related accomplishments. (It would surely have perplexed Sir Roger de Coverley, creator of the country dance named after him, that some of us did not know how to rise to the trot.)

I regret not taking riding lessons back then. Not that I yearn to ride to hounds, but I’ve led a vagrant life and a bit of horsemanship would have been useful. If I’d known how to handle a horse I could have joined the geologist in Afghanistan who invited me to ride with him and a band of Hazara horsemen across the Hindu Kush; I could have gone hawking in Sindh; I could have joined the vaqueiros in the round-up at São Juazeiro do Norte in Brazil. I could have competed—who knows?—in the Calgary stampede.

And I wouldn’t have been such a greenhorn when I was in East Africa last Christmas riding on the Maasai Steppe.

In a paddock in Petersfield

It’s thanks to Mr Gibson that I survived the riding safari. Thanks to him I can ride a horse now, after a fashion. Mr G is an Irish methodist from County Tyrone and a former mountie—the red hat and breeches still hang in his parlour in Petersfield, in Hampshire. As Trooper Gibson he was breaking in mustangs in the Yukon in the 1920s. There’s a picture on his mantelpiece from back then, showing him riding across the frozen Yukon river in winter, hiding the reins casually in one gloved hand. He is riding bareback. And not sitting on the horse, but standing on it, upright, as it trots across the ice.

For many years after his Canadian sojourn Mr G was a riding instructor, giving demonstrations at county fairs and shows. Today his school by the river in Petersfield is the last hold-out against encroaching housing estates and shopping centres. He is over 80 years old and retired—less likely to ride a mustang across the frozen Yukon River these days. But he’s open to persuasion when it comes to teaching, and my brother-in-law John Walmsley, who is an equestrian vet, kindly convinced him to take me on.

How happy I was not to be learning to ride in London, at the expensive stables in Hyde Park or Richmond, exposed to the derision of passers-by. The weekends at Mr G’s riding school in Petersfield were a return to childhood innocence, secure in the hands of a teacher you trusted implicitly. He borrowed a mount for me from a former riding pupil of his. She was a swift, sweet-tempered mare whose virtues I came to appreciate, in retrospect, when I rode less spirited and less well-behaved horses in Africa.

I started lessons with Mr Gibson in the new year, every other Friday and Saturday, ferried to and from his place by my niece Clare. I was his only pupil, and conscious I might be his last. It snowed a lot that winter: round and round I rode on the soft earth of his riding school in the still, cold mornings by the river in Petersfield, with light splaying through the shingles, mirrored off the bright snowdrifts outside. Mr Gibson’s old eyes watered as he swivelled on his shooting stick, following me round and round, now on the left rein, now on the right.

“Feet out!” he would say. “Crross your stirrups, sirr! Deep in the saddle, now!” And finally, “Well done there, Professerrr !”

No sound but the dull hoofbeats on the earth floor and Mr Gibson’s voice, and the occasional clap of his hands.

“Ah. Ye might have broke yer motherr’s hearrt,” he murmured, bringing on the brogue, when I was thrown for the first, and second time, “But ye won’t brreak mine.”

Then he would add gently,“Remember. Neverr be frightened. Always be careful. Make yer mother proud…”

And then, with a distinct change of tone from blandishment to military command, he would sit upright and bark: “And now, sir. Pre-pare to mount!”

I obeyed, without demur. Mr Gibson, it seemed to me, was a kind of zen master. He was from a higher school of mystical equestrianism. He knew everything; I knew nothing. Being his pupil was like being taught to ride by the Dalai Lama.

Winter in the Yukon

Sometimes Mr G would reminisce about winter in the Yukon, when he was the lone representative of the law in Dawson City, riding with a scarf wrapped under him twice against the cold, tucked into his riding breeches front and back. The stories he told of that time generally had a point, a lesson he meant me to keep in mind in the present.

“You know learnin’ is a terrible thing, Sir John,” he said to me one day,

“There was this chap up there in Dawson City, an American fellow. Called himself a Kentucky Irishman. He liked to learn. Oh, he liked it a lot. And one day he got himself an encyclopedia—got it by mail order.”

“That winter I was at his cabin once—forty below it was—he said to me, ‘Now, officer, if you’d asked me yesterday whether a moose was gregarious, I’d have had to say I didn’t know what you meant.'”

“‘But since getting this book,’ he said, ‘I can tell you no, a moose is not gregarious, but a caribou is.’”

“A caribou!” said Mr Gibson. “Ah, that Irishman. He was terrible with his learning.”

Then Mr Gibson came to the point.

“Remember now, Mister John, a horse is also garrulous—or gregarious or whatever you say. Like a caribou is. Not like a moose. You’ll remember this when you are in Africa. Your horse will follow the one in front of him. He’ll trot when the other one trots, and he’ll canter when he canters.”

Later, hanging on to the mane of a determined stallion named Thor as he raced after his companions, Jitterbug and Martin, out on the Maasai steppe, I had reason to remember Mr Gibson’s words. And I thought then, as I do now, of Mr G. and his long, narrow paddock by the river, and the oak tree at the head of it and the winter quiet. And I hear his tone of rebuke when I inadvertently mistreated that lovely mare:

“I’ll give ye a brattle of bad tongue if ye’re not careful with her, sirr!” he said. “Now let’s have some equestrian tact, if you please.”

Equestrian tact. In the heat of the savannah I recollected the cold of February in Petersfield and the silent winter light in the riding school. This had surely been the best way to learn to ride. How much better than dark mornings on an old nag in Hyde Park, on Rotten Row, braving the drizzle and the mockery of schoolgirls. ★

James Lovelock’s Gaia theory proposes that the earth, the atmosphere and the biosphere are constituents...