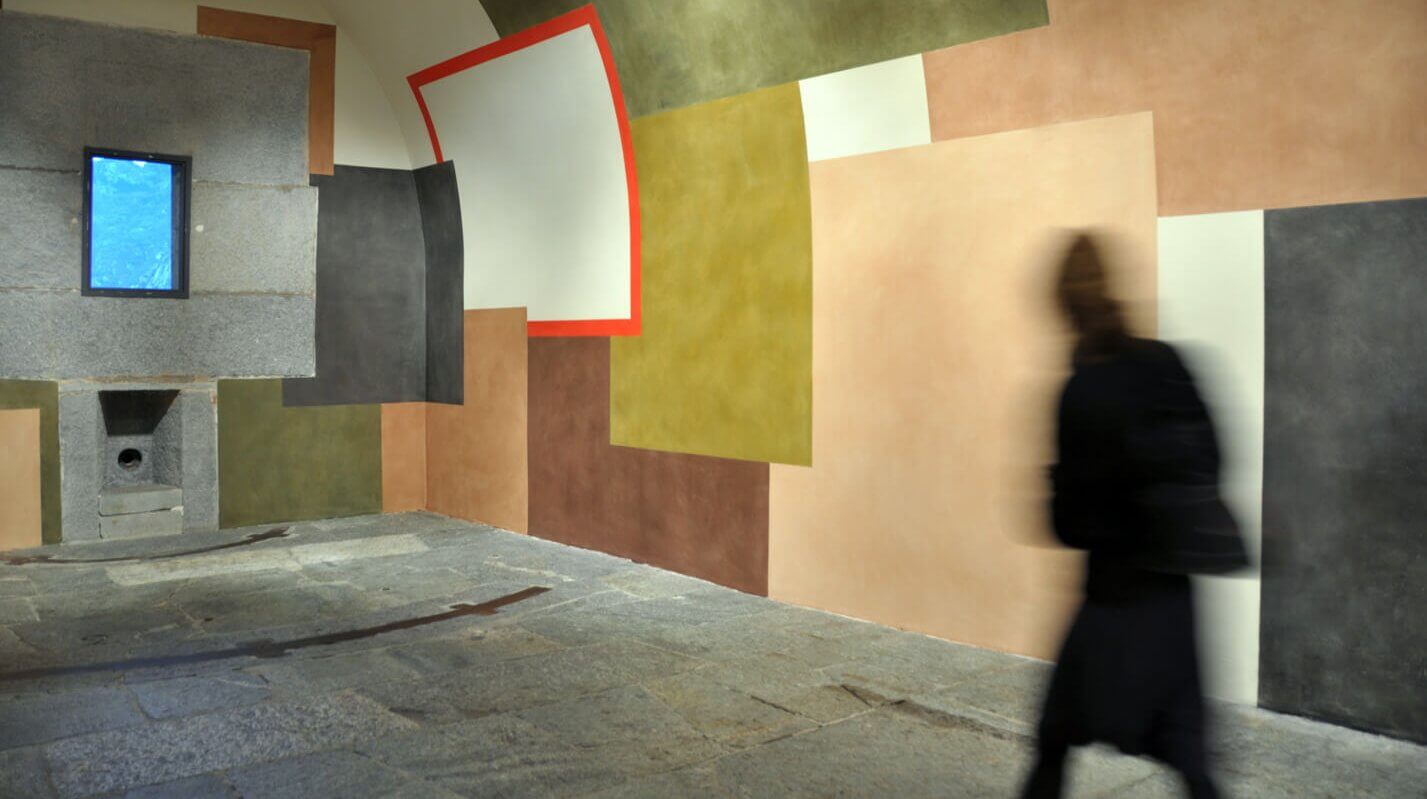 Bringing it all back home

The art of David Tremlett 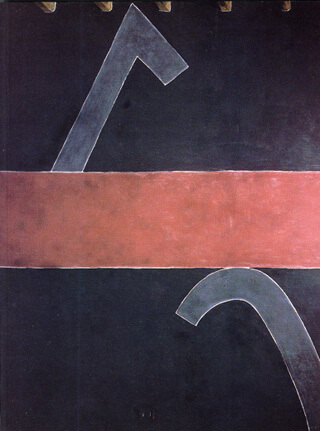 Some travellers never return. They become villagers instead. This happened to a man I know, the symbolist of Itaparica. An American landscape painter, his masterwork is the house he lives in, an island villa in Brazil that is lined with painted panels showing views of land and sea in all directions from his studio. In his paintings the ocean and shoreline are transformed into mythical seascapes. The paintings incorporate representations of his neighbours and friends, local fishermen and their craft, indigenous flora and fauna, the changing seasons on the bay. He has transfigured them; they have anchored him. And he has painted himself in, becoming part of what he portrays, a captive of distance.

Other artists and writers travel, but do not stay. They too feel the lure of otherness, the desire to see other cultures before they are submerged by a tide of globalisation, the pull of the edge of the world. As westerners, creatures of privilege, they can easily move back and forth. We live in a golden age of getting to places. This kind of traveller is a trader in ideas, returning to the metropolis with notes and sketches, photographs and found objects, a weight of representation in their luggage. 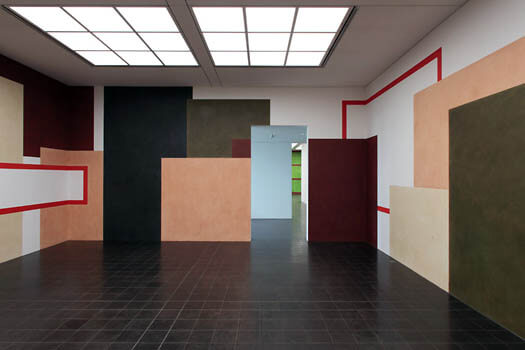 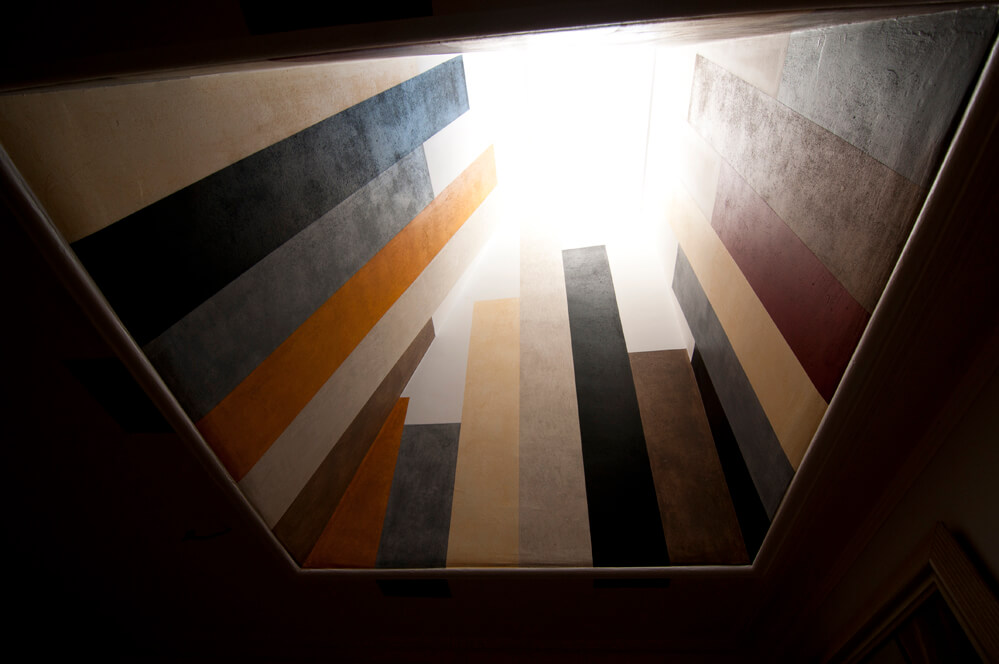 David Tremlett is an indefatigable traveller, but he is neither a captive of distance nor a trader in exotica. He is after something different. On his journeys, rather than recording the physical details of things, he explores space and colour, expanding his repertoire of abstraction. He travels light—in search of light—seeking not so much specific local realities as novel realms of universality. The drawings and sculptures that he creates on his return are shorn of particulars. Colour fields envelop the gaze of the onlooker, like unpopulated areas on a map. Occasionally a fractured ideogram breaks the colour field, or a random sequence of words. Spareness of form, generosity of space, a disciplined palette—these are among the sources of their allure. 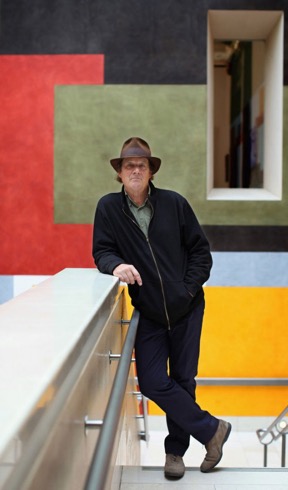 There is a physical intimacy to these installations and wall drawings. Tremlett often presses pigments onto paper and plaster directly with his hands. And the colours he uses, at least in the current phase of his work, are the shades of earth (and sometimes sky and sea): eau-de-Nil, charcoal, ochre, terra cotta, ox-blood, aqua, sage. These colours evoke something old: petroglyphs, palaeolithic cave drawings, or Australian aboriginal sand-paintings. They link Tremlett’s creations to images from the deep past, from the dream time, inscribed on rock faces, or the earth itself. They bring to the salon a touch of aboriginality, a reminder of a world without signatures, where art is not part of an investment portfolio.

Palaeolithic art is a source of wonder and comfort for those drawn to human origins, to the beginning of things. The meaning that rock paintings had for their makers may be inaccessible to us, but their existence is reassuring in itself. These ancient, anonymous images make us feel more at home in the world. How is it that they have this effect? Perhaps because they offer us a connection to our earliest ancestors. Perhaps also because the caves where they are located were homes to those who made them.

Likewise with Tremlett’s decorated spaces. He gathers shapes and colours and patterns from the outside world and deploys them inside, on walls and floors and ceilings. His installations are subtly at odds with the architecture they inhabit. They are framed by the rooms they occupy, but they subvert plumb-lines and rectilinearity, revealing hidden curves and planes, hinting at an internal landscape. In these wild withdrawing rooms, eschewing locality, Tremlett creates a time and space of his own, one that feels closer to our beginnings—as close as we can get without leaving home.

In 1895, August Strindberg, the playwright and painter, invited by Paul Gauguin to write the preface to a catalogue of an exhibition of his paintings, described, in a letter, his visit to Gauguin’s studio.

“A confused mass of pictures,” he wrote, “flooded with sunshine, which pursued me last night in my dreams”.

He has difficulty understanding Gauguin’s art, he says. He finds himself incapable of grasping what he is trying to do. Yet even as he writes and analyses his response to the paintings, Strindberg says he begins to have a glimmer; he discovers the part of himself which is Gauguinesque.

Tremlett’s art is likewise hard to put into words, the consequence of a wider tension between writing and painting, or between writers and visual artists. 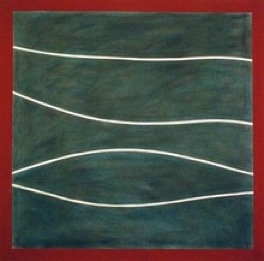 ories; they lay out plots and theories and explanations. But visual artists are not hostage to narrative in this way. They have privileged access to the pleasure centres of the brain, where shape and colour circumvent our critical faculties, outpacing language. Before writing was invented, there was no such separation. And cave paintings, with their ragged rows of stick men and teeming zoomorphic figures, predate this great divide. They mark the beginning, not just of visual art but of writing as well. They are half-way to hieroglyphs. Tremlett elides the subsequent historical separation of painting and writing; hence his pre-emptive appropriation of the alphabet and incorporation of letter forms. At the same time his works resist interpretation. They challenge the reduction of their colour world to sentences and paragraphs.

There is a strength in this rigorous avoidance of the particular, this refusal to instruct. Eclectic in execution, universal in aspiration, Tremlett has never been part of an identifiable group or school. (If there is such a thing as world art, analogous to world music, this is a label he might perhaps accept.) Unlike the symbolist of ltaparica, he is attached to no single place. His strength lies in nonspecificity. Taking on the colours of the earth, without ceasing to travel, Tremlett has drawn the landscape in, made himself at home in the world. In these rooms, swathed in his art, we also can begin to feel at home. ★