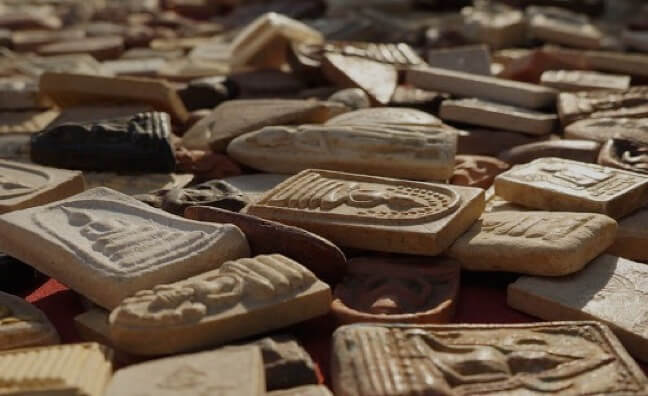 Here’s a 1990s shopping saga from Thailand, a tale of disks and amulets, commercial piracy and power-knowledge.

The Thai capital holds diverse attractions for visitors. They include the city’s temples, shrines, night-markets and silk emporia, its fortune-tellers and blind masseurs and—since the Vietnam War—the polymorphously perverse fleshpots of Patpong Road. And these days there’s a new lure: pirate computer software. Forget fake Rolexes and ladyboys; Bangkok is second only to Hong Kong as an entrepot for illicit CD-ROMs from mainland China, mainly from the neighbouring Special Economic Zone in Shenzhen. These are neatly packaged disks with the latest versions of programs from Microsoft et al, for sale at a ninety-nine per cent discount against the genuine article.

For a certain kind of visitor to Thailand these days it’s not the cultural monuments that are the main attraction, nor the bars of Patpong, but these cut-price electronics emporia. So in Bangkok last month I went to take a look at the most celebrated of these infotech bazaars, Pantip Plaza. It’s a four-storey shopping centre a mile or two from Patpong, with a vast air-conditioned atrium, built in the Pharaonic style that is favoured by property developers in Asia. Hundreds of retail outlets there offer computers for sale–computers and 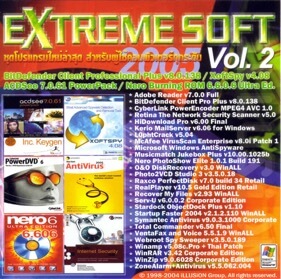 There’s only one other kind of article sold in Pantip Plaza: religious amulets. Maybe two out of three shops sell computers and computer-related goods; the others are in the business of religious icons—thaumaturgical memory systems, intricately carved figurines of stone or precious metal, representations of Buddhist saints or of the Buddha himself. The amulets are designed to be worn, or displayed in domestic shrines, for the protection of persons and property. Pantip Plaza thus offers a striking retail combination—amulets plus electronics. It’s as though they sold chasubles and communion wine alongside computers and audio equipment in the stores on Forty-Second Street in New York, or London’s Tottenham Court Road.

Amulet collecting is a serious pursuit in Thailand. There are dozens of magazines dedicated to it and a high degree of miniature artistry in the amulets themselves. Street sellers cater to the lower end of the market; but connoisseurs come to Pantip Plaza. And here they find themselves rubbing shoulders with cyber tourists like me in pursuit of cheap computer software.

And how cheap it is. For $20 you can buy a single CD-ROM packed with a range of state-of-the-art software. As of now—mid-1996 (everything will change soon, such is the pace of software development)—state-of-the-art means Windows 95, Microsoft Office, Wordperfect 5, Foxpro, Quark, Lotus Notes, and AutoCad—in English and Chinese versions. The names of these programs are poetry to the computer maven. They are the market leaders, respectively, in word-processing, desktop publishing, database and communications software and computer-aided graphic design.

The CD-ROM I was offered at Pantip Plaza containing this array described itself coyly as shareware; but legitimate copies of the programs on it would cost you a couple of thousand pounds sterling in Britain. The disk glinted like a new car. Holding it imparted a sense of power: mere possession of such an object seemed to offer mastery of the brave new world of information technology. I don’t think I’ve had that kind of thrill from a piece of plastic since the first Jimi Hendrix single in 1967. 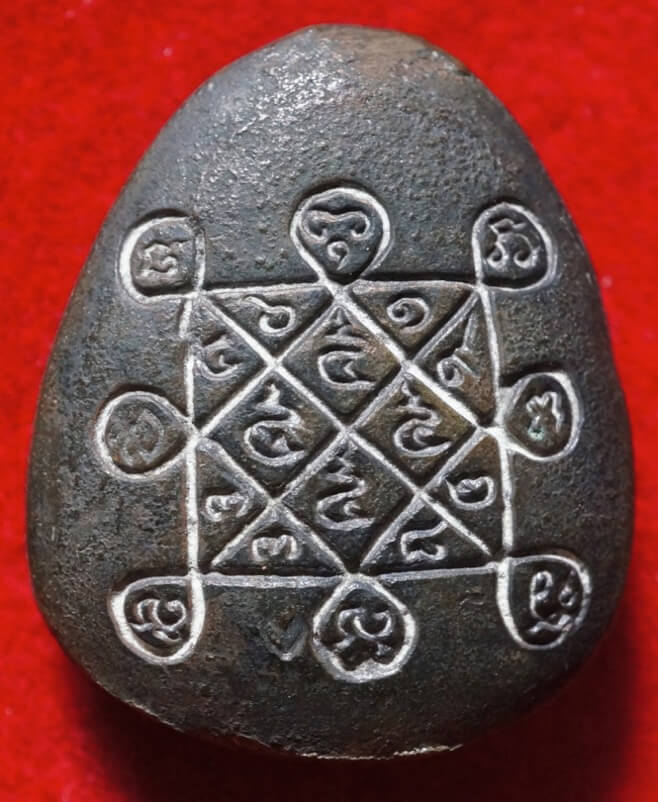 Meanwhile, at the shop next door, oblivious of the digital world on either side, a customer was examining an amulet, turning it raptly in the light. He had a jeweller’s optic in his eye and a blissful smile on his face. Just as I was, he was experiencing a thrill—perhaps not that dissimilar—the thrill of power-knowledge, a surging feeling of control over the future. As a Buddhist he would know this was an illusion, but the object in his hand still seemed to give him strength. It was itself a kind of lens, intensifying his aura.

A communion wafer in the mouth of a laptop

An amulet is an ally, a mnemonic device, and the image of the Buddha a reminder of an exemplary life. Its deepest meaning is decipherable only by monks or scholars. Likewise with computer software: the programs promise power and knowledge, but they can be fully exploited only by technical experts (particularly if the manufacturers, anticipating piracy, have protected them with encryption software). The CD-ROM, in its ubiquity, has, like the amulet, become a fetish object in the cult of information. It is an info-mojo, a communion wafer placed in the mouth of the laptop. The pleasure I took in handling one of these disks in Pantip Plaza bore little relation to the use I could actually make of it. It owed more to the mystical potency I attributed to the software inscribed invisibly just beneath its surface.

Soon, no doubt, CDs themselves will become archaisms. They will be superseded by still more capacious mass storage media. Then CDs will acquire, in their turn, the quaint air of vinyl. But for the moment, in their deceptive, silvery blankness, they have a transcendental quality, almost extra-terrestrial. Take the giveaway disks that grace the covers of British computer magazines. One or two are included free with the magazine each month. Unlike the disks at Pantip Plaza, most of the software on them is stuff you don’t need. When it comes to it they are really only good for use only as beer-mats. But they are almost impossible to throw away. It would be like ripping up a book.

In economic terms, though, a CD-ROM is not like a book. The cost of a book does not reflect its content. It makes no difference whether it contains great literature or trash. Books of the same size—at least when first published—cost much the same. With CD-ROMs, by contrast, at least with those that contain computer programmes, content is all: the disks—the legitimate ones—can cost nothing, or they can cost thousands. They are priced according to the information they contain. That is why there is pirate software for sale at Pantip Plaza, but no contraband books.

Perhaps it is this sense of the immanent presence of pure information—invisible, digital, incorruptible—that gives the CD-ROM its special power. In a similar way, a Buddha image acts as a reminder of nirvana, likewise incorruptible and unseen. That was the thought that stayed with me as I walked away from Pantip Plaza, clutching a piece of that magic in my hand. ✭

Miracles of the People / Milagres do Povo