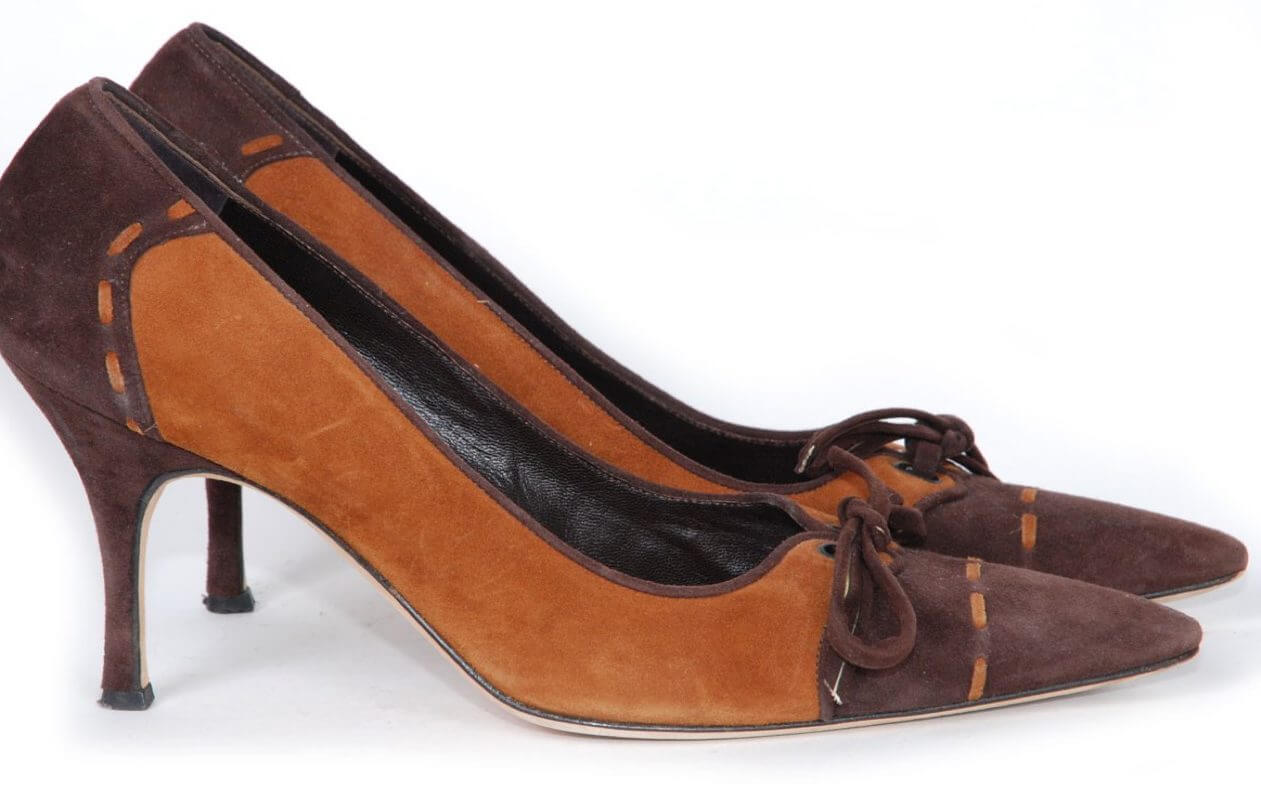 Scratch a trope and you find an enigma

Scratch a trope and you find an enigma

The other day at the lifestyle magazine writing school, where I specialise in advanced group-work, focussing on metaphor control and the construction of narrative plausibility, we were scanning the glossy magazines in search of an opening paragraph to analyse in our celebrity profile workshop (dodging the perfume ads that lurk, like unexploded landmines, in the lush pastoral of the spring collections) when we came across a sentence—in Vanity Fair no less—that seemed so rich, so supple, so precise, so exquisitely redolent of the world of high-end consumerism, that we felt it deserved to be shared with a wider audience.

Here is the sentence, plucked unedited from the pulsing heart of the Vanity Fair piece. It is a profile of Manolo Blahnik, the celebrated society shoemaker, written by the doubtless equally celebrated society profile-writer, Amy Fine Collins.

A bon-bon for the foot, it is fabricated of a glazed stretch satin the exact color and texture of candied chestnuts.

Perfectly balanced, eerily potent, yet playful, yoking the sartorial and gustatory domains with elegance and economy, evincing a world of grace and privilege where things are not made but fabricated…. it was the kind of phrase you want to take by the hand and go for a walk with.

And there it lay before us, like a quail’s egg in aspic, like the Koh-i-Noor diamond on a bed of velvet, like a babe in a manger, a jack-in-the-box. (Readers should feel free to adapt or otherwise modify these images, an exercise we’ve recently developed in trope-generation sessions at the writing school.) It was an image that reached out and aspired to a higher realm, a realm where the world of the senses flows without hindrance through the treasure house of language. The phrase, we felt, was the quintessence of the glossy magazine: sexy to the point of synaesthesia, glossy to the point of glossolalia.

After a while, though, the euphoria we had initially experienced began to ebb. It gave way to perplexity and doubt. None of us, we realised (and we’re a not-inexperienced crowd—one of us, for instance, from the promotion department of the now sadly defunct Wet, the magazine of gourmet bathing, and another with an extensive track-record in lingerie catalogue captioning), none of us could say with certainty what candied chestnuts actually looked like, or felt like. Not even M. Bernard, the celebrity confectioner, who had recently joined the group in search of new descriptors for his soft-centred organic liqueur chocolates—bons-bons fourrés de terre, as he calls them.

We found it increasingly hard to reconcile what we thought of as the ribbed, rather cerebral character of chestnuts—at least as we remembered them—with the associated notions of glaze and stretch. We wondered if we had grasped the full import of the word “exact” as used by Amy Fine Collins—or Amy Fine Writing, as we began to refer to her, fondly.

We looked at the sentence again:

A bon-bon for the foot, it is fabricated of a glazed stretch satin the exact color and texture of candied chestnuts.

M. Bernard suggested that we apply some of the rhetorical testing procedures that we’d developed in the writing workshop. So we ran the metaphorical inversion test: that is to say, could we perhaps describe one of his bon-bons fourrés as being “the exact colour and texture of a Manolo Blahnik shoe”? Then we tried the contextual variation drill. Could there be, say, leather-bound books with candied-chestnut bindings? We tried the vehicle-and-tenor close substitution experiment, positing a bathing cap with the look and feel—as the man from Wet suggested—of custard skin. And, finally, the familiar-phrase extension exercise, to wit, there was an old woman who lived in a shoe the exact colour and texture of candied chestnuts….

The score was on the low side. The fate of the sentence in question hung in the balance. For or against? We discussed—but not for long—whether we should make allowances for the income differential between us and the target audience for Vanity Fair. That is to say, would the kind of people who could afford Manolo Blahnik shoes be more familiar with candied chestnuts than we were—and more accustomed to the outré rhetoric of the fashion world?

In the end we decided that, as aspirational lifestyle writers, while we clearly could not eschew the world of privilege and exclusivity (this being, indeed, our principal subject matter)‚ we were required, when it came to the audience for our writing, to maintain a commitment to accessibility. So we voted to censure Vanity Fair, its editors and fact checkers, on the grounds that they allowed too many unexamined metaphors into the magazine. And we resolved that, when it came to future sessions of the workshop, we would exclude their articles from consideration as models for analysis or emulation. ★