Four hundred arguments for the
elimination of television

TV is a bad drug. Just say no. 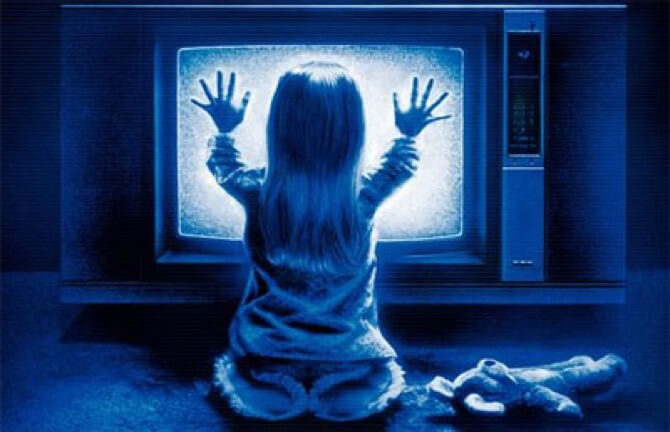 In the 1970s an American culture critic with the unlikely but engaging name of Jerry Mander published a book called Four Arguments for the Elimination of Television. That was decades ago, in the distant days before satellite and cable—the soon to be long-gone days before digital. It was a time when the number of television channels in Britain—the US was way ahead—could be counted on two fingers of one hand. Four was about it.

Since then each year has added force to Jerry Mander’s case. Every new development constitutes another item in a general indictment of the medium. (In the UK current counts against TV would include Australian soaps and the entire output of Channel Five, to choose at random.) The imminent launch of digital broadcasting is likely to provide more evidence for the prosecution. A hundred and forty reasons to be exact, this being the number of channels on offer from BSkyB via the electronic Trojan horse they call a set-top box.

BSkyB. Would you buy an electronic device from a company with a name like a Russian rap artist?  Nor me, neither. And for this reason, no doubt, BSkyB will be more or less giving the things away, in order to get them embedded in our households at the dawn of digital. Other entrepreneurs of the information economy lie in wait. The hundred and forty channels, we are told, will swell to four hundred or more with the addition of digital terrestrial and cable, and further digital satellite services. They will convert the humble television into something between a webserver and a multiplex cinema.

I’m not the first person to ask this question, but there’s no satisfactory answer: where will programmers find the content for these four hundred channels, the thousands of hours of programming that will be required to fill each day, when the five that we have got without benefit of satellite or cable are already filled with tosh?

The grey men of TV

The grey men of TV gathered at the Edinburgh Festival in Scotland this past weekend have been promoting the new digital technologies assiduously. But programme makers—content-providers in the vocabulary of the entertainment industry—have failed to come up with any new ways of filling them. There will be movie channels, music channels, news channels, documentary channels, talk-show channels, and soap channels: that is to say, the brave new multi-channel world consists almost entirely of what used to be programmes, or strands in neo-TV-speak. Now they are to be instantly extrapolated into non-stop broadcasting channels.

It doesn’t add up. Making decent television programmes is expensive. A modest grasp of economics is enough to work out that the more channels there are the fewer viewers each will have, thus generating less advertising income in each case, and less money to spend on programmes. As Kingsley Amis said of higher education many years ago: more will mean worse. Just look at American TV.

Or rather, don’t. Stay away from it.

The other day, weak-willed and lonesome in a hotel room somewhere in United States, I picked up the remote control from the bedside table and started flicking through the channels—a mere fifty or sixty, half of them blank and filled with white noise, the other half unwatchable for more than a minute and a half. Then all of them again in Spanish. (Channel-surfing is one of the few encouraging things about television: it shows that viewers have not completely surrendered their critical faculties. If you can’t switch off; move on)

Suddenly, in mid-surf, I and my companion were transfixed by the sight of Dionne Warwick, the 1960s soul diva, her face surgically lifted into the fifth dimension, transformed, into the front-person for a channel called the Psychic Friends Network. Her job seemed to be to sell premium-rate telephone clairvoyant services to America’s poor—the huddled masses yearning to be fleeced. It made truly depressing viewing.

A few months’ later, in what was, presumably, an unforeseen development, the Psychic Friends Network went off the air and filed for bankruptcy. No doubt they will be reincarnated soon—as the Channelling Channel perhaps. For now there is one less content provider to fill those five hundred new digital slots.

Tuning in to the Off channel

Or a Channel-surfing Channel. This last one would flip through TV channels at random in order to save viewers the trouble of doing so.

You could divide up the documentaries into natural history, arts and current affairs. And there could be a special Diana Channel, which would only show footage of the Princess of Wales. With recent revelations in mind, there might also be a special channel for documentaries that employ faked footage.

You could stagger the programming so that contiguous channels showed the same content on a different schedule, an hour or a day behind. In which case—oh lucky viewers—if you missed Megadreck Movie II in the afternoon you could see it again in the evening, or before breakfast the following day. In the multichannel future there will be no time of day, no peak viewing, no watershed, only the endless joy of infinite repetition.

Yet, even with all these, there is still a long way to go to the digital four hundred. Let’s think of a few more.

You could have a Live War Channel, with highlights of on-going conflicts round the world. (But this might be too easily confused with the News.) You could have a Sleep Channel. This would show particularly fatuous movies and egregiously yawn-inducing documentaries. (But that sounds too much like the current output of Channel Five.) You could have a swathe of new age programming: a Tibetan Chanting Channel, a Lava Lamp Channel. You could have a Fly-on-the-Wall Channel—this would follow the daily life of a family whose members do nothing but channel-surf all day. But that still barely gets us into three figures.

Enough already. TV is a bad drug. Watching it is not good for your health. It’s anti-social and addictive. It’s an electronic version of the hypodermic syringe: a quick download of cheap stimulation to the nervous system. In the multi-channel future its addictive qualities will be exacerbated. And, for the most part, it will get worse and worse. Our TV will be like crack or meth: low-grade kicks for idiots.

What is the channel we really need? It’s the Off Channel. The Just Say No Channel. A channel that shows a blank screen and tells you, to go out and—in that irritating but necessary phrase of the day—get a life. ★

Far away is close at hand in images of elsewhere

You want graffiti on your tailfin? Talk...