Digital visionaries are two a penny where Ron Gordon comes from, but he himself, I fancy, doesn’t come that cheap. Mr Gordon is reported to have made a deal in California with Miramax, a division of Walt Disney—the makers of Pulp Fiction and The Piano—to provide computer technology for a new 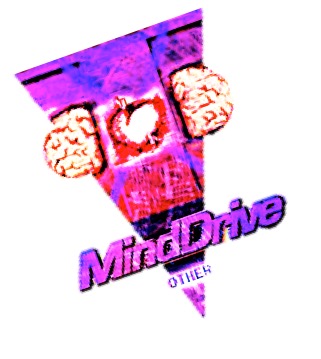 kind of film. It will be interactive, with multiple plot variations, and the unfolding of events will be determined, not by a joystick, nor by mouse click, but by the unconscious physical response of the viewer’s nervous system.

Here’s how it will work, they say. Heart rate and body temperature and the electrical activity of the skin will be monitored by sensors in an electronic finger mitten. Data from these sensors will then be interpreted by software called Mind Drive. This simulates the viewer’s state of mind and anticipates what he or she wants to happen next. The story line mutates accordingly. The project, Mr Gordon confides, has involved years of work, millions of dollars and a team of twenty-five scientists working in Siberia. “Using your own thoughts to affect the outcome of a film,” he says, “is very, very exciting”.

Direct your own film

What a splendid idea. Very, very splendid. Every viewer his or her own editor. You could, for example, cut all the violence out of Pulp Fiction: the characters would fall in love with each other and live happily ever after. Very, very happily, no doubt. Or, in the case of The Piano you could save Holly Hunter’s marriage by having Sam Neill take up the violin. They’d play duets of your own composition. Very, very well.

Alternatively, of course, you could have all the characters in Pulp Fiction shot to death in the first few minutes and save yourself the trouble of watching the rest. Ditto with The Piano: Sam Neill could cut Holly Hunter’s head off instead of her finger. Then you, the viewer, could go out and do something constructive instead, like designing software for the entertainment industry. To use Mr Gordon’s turn of phrase again, this could be very, very exciting.

In order to ensure such satisfactory denouements using Mr Gordon’s machine, though, you would have to practice a high degree of mind control. In Mr Gordon’s brave new world, it seems, the software cannot lie; electronic mittens will be the judge and jury. Watching Peter Pan, for example, it will be no use just saying you believe in fairies. Unless you believe in them to your very fingertips Tinkerbelle will die.

And what your heart—or your involuntary reflexes—brings to pass may not be what you meant to happen; you can’t be sure your body has the same good taste as you. There will have to be a chip in your finger-mitten to censor the sensors. In order to wrest the narrative away from the control of the autonomic nervous system viewers will need, in fact, to acquire a yogic level of spiritual discipline. Perhaps this is what the Mind Drive scientists have been doing in Siberia: apprenticing themselves to shamans in order to learn how to raise and lower their heartbeat and vary their body temperature at will. Or perhaps they are the remnants of a KGB mind control programme, turning old Soviet lie detector technology to a new use.

Or maybe they are scientologists. The last person who tried this kind of thing was  the science-fiction-writer-turned-cult-leader, L. Ron Hubbard. Could he still be alive—in Siberia? Scientologists, notoriously, use a device called an E-meter to diagnose the personality traits of their adherents. Like lie detectors, E-meters measure galvanic skin response–ie the sweat of your palm. Apologists for scientology have failed to persuade anyone outside the faith that they do anything more than this.

I am thinking there may be another explanation for Miramax’s interest in Mr Gordon’s daft idea. Maybe it’s not really the machine or the software that interests them, but the story idea lurking behind it. The whole Mind Drive story could be a treatment for a movie. It would be a screwball sci-fi comedy, the tale of a cyber-visionary called Mr Gordon who has an idea for a revolutionary technology that has the potential to transform couch potatoes into interactive auteurs. The world and his family think he is delusional. He is mocked and reviled by jealous commentators, but finally wins through, reviving the fortunes of a floundering film company and transforming the lives of billions of punters, thus becoming very, very rich.

If it’s my finger in the electronic mitten, though, Mr Gordon’s film will be very, very short. ★

Mind Drive was subsequently marketed as a computer game. But nothing more was heard of Mr Gordon or his big idea. Except here.