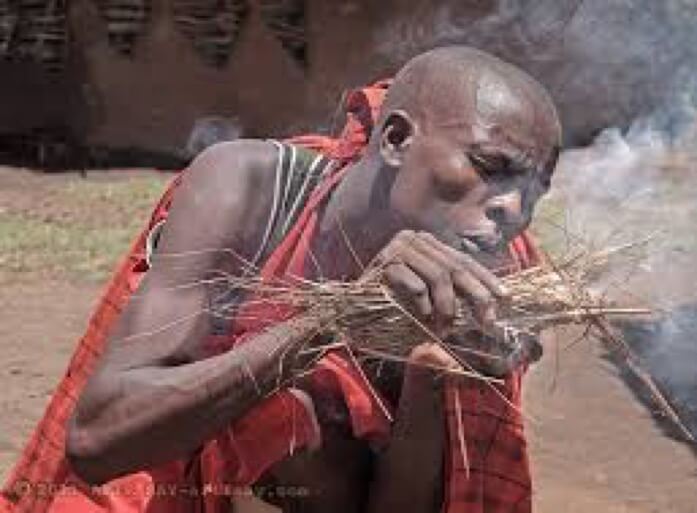 Wars spring up like bush fires in sub-Saharan Africa, from the Horn to the Copper Belt. They are small by global standards, but not for those engulfed in them. In the Eritrean borderlands Sudanese rebel forces are moving into northern Sudan; in Uganda armed bands, backed by the government of Sudan, are crossing into the west and north of the country, looting and burning as they go; in Zaire Ugandan and Rwandan-backed insurgents advance in the east and south.

Tonight I am on my way home from the Angolan capital, Luanda. And I am thinking about a conversation I had in the Angolan highlands, where war is never far away, in a village called Imbo, with a woman called Maria.

Twenty years of conflict have destroyed almost everything in the interior of Angola: roads, and bridges, railways, factories, schools and hospitals. That’s the surface damage. The deeper, social harm is greater: destruction of the rural economy, large-scale migration from villages to urban areas, unemployment and destitution in the cities. There’s no work to be had in the cities of Angola. No one makes long-term investments here—not the global mining companies that are busy extracting its oil and diamonds as swiftly as they can, nor the government ministers who are busy pocketing the proceeds.

Since the 1980s war has made Angolan rural life precarious in the extreme. For the last fifteen years soldiers from both sides have looted livestock and grain; young men have been forcibly recruited into rival armies; access to markets has become increasingly hard. In some areas of the country entire communities have been forced to move. One of the worst affected areas, perhaps the very worst, is the province of Huambo in the central highlands, where the village of Imbo is situated.

Imbo is a beautiful place, set in rolling woodland of a kind that once covered most of the Highlands, before the demand for fuel wood and charcoal destroyed it. An irrigation channel runs the length of the village, providing water for fruit trees and clay pits where sun-dried bricks are made. There are tall shade trees sheltering old coffee bushes, a crop that was once the village’s main source of income.

These days there is barely a market for coffee in Angola—transport is too difficult and dangerous—but in Imbo they harvest the coffee beans nonetheless. The people of the village are Protestants, a denomination that is strong in Huambo Province; they conform to Weber’s account of the Protestant work ethic, ascribing their pre-war prosperity to abstinence and hard graft. In the highlands they say you can tell a Protestant village from far away because the houses have permanent roofs of iron sheeting rather than grass thatch.

About four hundred people live in Imbo today. There were twice as many before. For the last three years they have been rebuilding their village, which was abandoned while the war raged around it in the late 1980s and early 1990s. During that time there was just one woman who stayed. Her name was Maria. Today Maria lives in a tiny hut built for her by a neighbour, where I spoke to her. She is old and stooped and deaf.

“La guerra nos levou para trás…” she told me. “War took us backwards. It took us further than slavery.”

Her neighbour, sitting beside her, went on, translating from Maria’s Umbundu into Portuguese.

“We lost our livestock,” she said. “People were taken from their homes and killed. Soldiers took the food we grew. Before the war we had bicycles and ox-carts. Tudo foi roubado. Everything was taken.”

Maria’s neighbour moved away from the village in the 1980s. And one by one all the other families left also, either for the town, still under government control, or the deep bush, where they lived on cassava and sweet potatoes—famine food. When soldiers came to the village by night, Maria said, she pretended to be a simpleton. They demanded embers from her hearth to light their fires. Being deaf, she found it hard to make out what they were saying in the darkness.

“I had nothing left to steal, nothing at all. Nada, mas nada. But I was the only one who had fire. They were soldiers. They still needed fire.”

The next group of fighting men who came to the village had less compunction. And they had a different use for fire. They burned half the village to the ground.

Then, two years later, came the first of the peace agreements that were supposed to end the war in Angola. Imbo began to enjoy a precarious peace, and the people of the village started to return home. Maria was no longer alone.

Nearby, in the village of the soba, a traditional chief of the Ovimbundu people, the coming of peace was celebrated with a ritual rekindling of the communal fire. It’s a ceremony that has origins long before the war, before the arrival of Protestant missionaries, before the country was torn apart by political rivalry and resource wars. From the soba’s village embers were taken to Imbo and the other villages of the area to rekindle their own fires, marking a new start for the life of each community.

Will this peace last? It remains to be seen if the agreements between the warring parties have provided more than a deceptive lull. Let us hope they have. A visitor to Imbo today, where visitors are rare, is welcomed with kind words and gifts of food. Speeches are expected in return. When I was called on to speak at the village meeting I talked about the different uses of fire in war and peace. Fogo na guerra e fogo na paz. When I uttered the word paz my hosts nodded in assent. Every time the word was spoken there was a murmur of applause. ★