Steal a lick. Or write your own. Risk a lawsuit either way 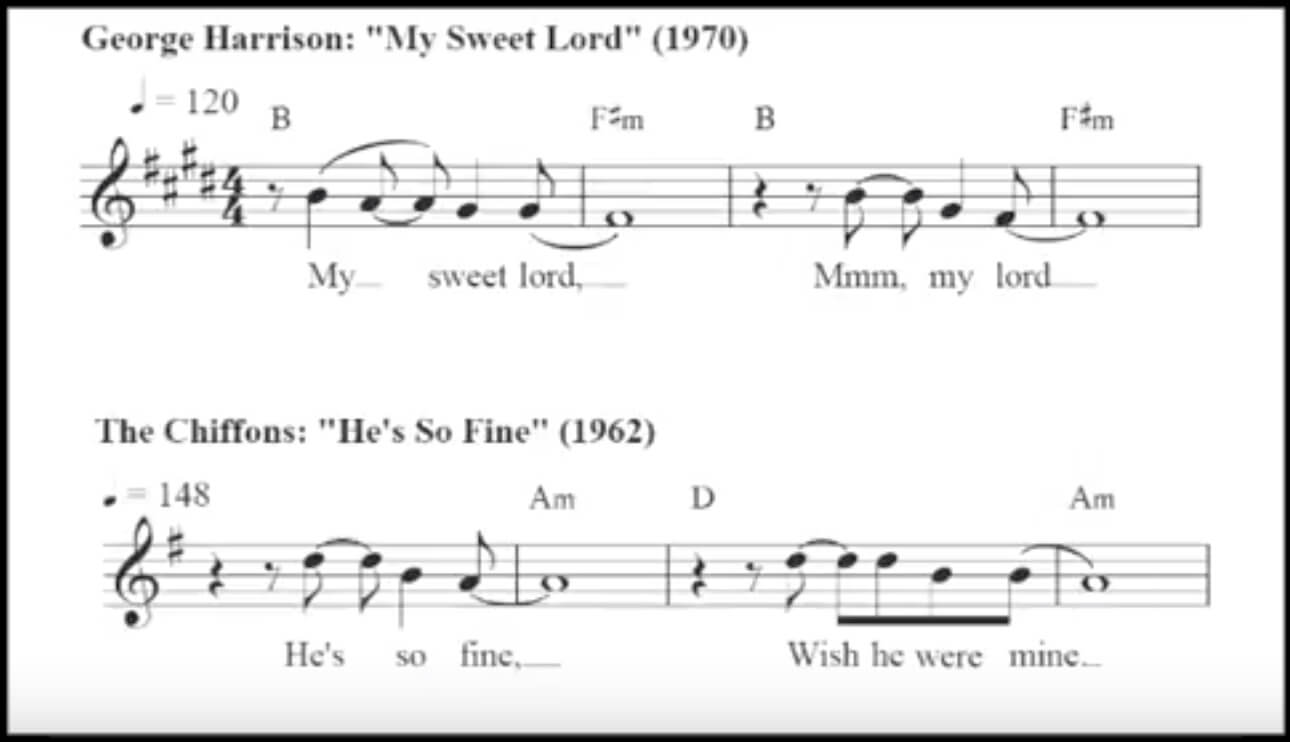 As the lyricist Sir Tim Rice has pointed out, there are only so many notes in a scale. And only so many chords in a pop song. And there’s only so much money in the bank. And a lot of people out there who’d like a slice of it. So spare a thought—shed a tear if you will—for the beleaguered superstar composer, alone in a world full of deadbeat bedsit songwriters and recording-deck day-dreamers—a good few of them convinced that the composer’s hit song is based on a tune he stole from them.

Tim Rice’s remark came in response to a lawsuit brought against his sometime collaborator, Andrew Lloyd-Webber, by an obscure hymn writer from Maryland named Ray Repp. Mr Repp (or maybe he’s the Reverend Ray) claims that Lord Lloyd-Webber derived the title song of The Phantom of the Opera from a tune that he, Reverend Ray, wrote in the 1970s. The case has been thrown out by a US Court, but Ray Repp is lodging an appeal. The legal costs so far are estimated at £1.4 million.

I dare say you or I might feel abashed at the idea that, directly or indirectly, we were responsible for penning a Lloyd-Webber musical number. And even more embarrassed that someone had stolen it. It’s like having to report the theft of one’s collection of Toby jugs. But this clearly doesn’t bother the Reverend Repp. Nor hundreds of others, according to Tim Rice.

“I have suffered in this way at the hands of such unscrupulous writers,” says Sir Tim. “And have reluctantly come to the conclusion that even the most ridiculous claims are not worth the potential costs of defending them.”

On this vexed subject I recently sought the counsel of Peter Oxendale, a forensic musicologist. Mr Oxendale told me that in seventeen years acting as an expert witness in such cases, he has never seen so many copyright problems as now. In 1998, he was involved in more than 160. Mr Oxendale is also musical director for the singer Chris de Burgh, and he produced a record last year for the dance maestro Dario G, so he sees the problem from both sides of the business – the business that Joni Mitchell (in “A Free Man in Paris”, her song about the producer David Geffen) described as “stoking the star-maker machinery behind the popular song”.

To the rescue of Sir Tim, Lord Andrew and their ilk comes John Silcock, of London insurance brokers Robertson Taylor. He told the Wall Street Journal that his company was able to provide comprehensive plagiarism insurance for top-flight songwriters, so they’d be covered if they inadvertently stole a lick. And how much would the premium be? More than your mortgage, it seems. And who are the song-writers and composers who have purchased this kind of cover? Mr Silcock really couldn’t say. If he did, he indicated, every last hymn-writer in Maryland might start bringing nuisance suits against them.

Of course, some accusations of plagiarism are legitimate. And Peter Oxendale, in his role as expert witness, is quick to acknowledge this: it is not always the defence that he appears as a witness for. The Bee Gees and Led Zeppelin have both been plausibly accused of borrowing melodies or chord sequences from other people’s songs. And successful claims have been laid in the past against a number of other pop luminaries, George Harrison, for instance, who lifted a four-or-five note phrase from the Chiffons’ hit “He’s So Fine” for the refrain of his “My Sweet Lord” (though the judge said the plagiarism was subconscious). Not long afterwards he bought the company that owned the copyright to “He’s So Fine”. And not long after that and the Chiffons made a recording of “My Sweet Lord“. It looks like George Harrison gets the royalties either way.

Then there’s Rod Stewart, who got into trouble with his disco singalong “D’ya Think I’m Sexy” (1977). For that song he borrowed a hook, unacknowledged, from a song called “Taj Mahal” (1972). This is an altogether more sophisticated – and more danceable – composition, written and performed by the veteran Brazilian musician Jorge Ben Jor. (The lyrics of Jorge Ben’s song consist mainly of ingenious rhythmic and melodic variations on the single phrase “Taj Mahal”.) Jorge Ben sued Rod Stewart and won—rightly.

Lawyers acting for the actual Taj Mahal, in Delhi, are no doubt contemplating an action for infringement of intellectual property rights.

Charges of plagiarism in contemporary music have been complicated by the rise of sampling, the incorporation of digitally doctored fragments of old recordings into new songs. This recently led to a sticky situation for The Verve, the Brit-pop band from Wigan whose “Bitter Sweet Symphony” plucks sequences from an old Jagger-Richards song “The Last Time”.

It’s not that The Verve don’t acknowledge their debt. And before putting the record out they took the trouble to obtain a release from Allen Klein, the Stones’ former manager, who holds publishing rights in the Rolling Stones’ 1960s and 1970s back catalogue. Not so fast, though! Here comes a rival claimant, another former Stones manager, Andrew Loog Oldham, the man who put the “g” back in the name of the band then known as the Rollin’ Stones. It turns out that the version of “The Last Time” that the Verve took their sample from was not the one made by the Stones, but an obscure recording by a studio band under Oldham’s direction, the so-called Andrew Loog Oldham Orchestra.

This record is a collectors’ item, by the way: in addition to that version of “The Last Time”, it also features Mick Jagger’s crack-you-up transgendered version of the Tamla Motown hit “Da Doo Ron Ron”: “I met her on a Monday and her name was Jill / Da Doo Ron Ron Ron Da Doo Ron…”. This track is, in its own way, as much of a find as Taj Mahal’s “Jorge Ben”. And yes, since you ask, as a matter of fact I do own a copy. And certainly, it’s for sale. Or I’d be happy to exchange it for the original Phil Spector / Crystals version)

Not much has been heard of Andrew Loog Oldham since the Sixties. He has been living in Bogota, in Colombia, for the past decade or so. But here he is again, a revenant, back to feed at the rock & roll trough. Next, I daresay, he’ll be suing the Stones for royalties on the spelling of their own name. The “g” in Rolling must be worth many millions. Truly, rock & roll will never die. Neither will copyright abuse, nor lawyers and opportunists ready to grow fat off it. ★

Shortly after this piece was published I received an e-mail, dateline Bogota. It was from Andrew Loog Oldham thanking me for the suggestion in the final paragraph above. In a later message he pointed out that his autobiography—Stoned—was due to appear towards the end of the year. (Stoned was followed by two subsequent volumes, 2Stoned, in 2001, and Rolling Stoned in 2011.)  In relation to the sampled version of “The Last Time”, Allen Klein’s company ABKCO was eventually awarded the song-writing royalties. Meanwhile, in late 1999, The Verve broke up. Strangely, though, no offer has been forthcoming for my rare vinyl recording of the Andrew Loog Oldham Orchestra LP.