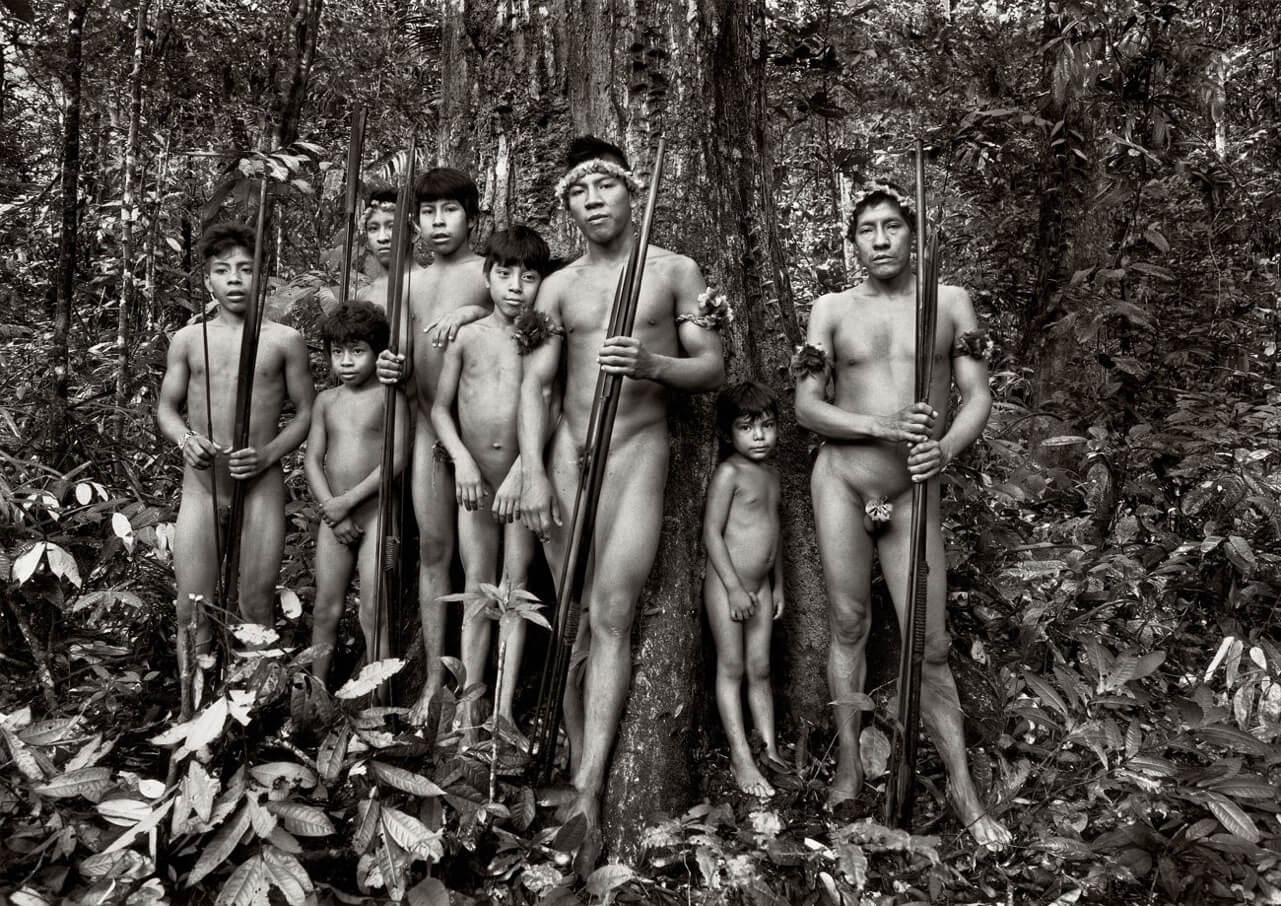 Two weeks ago the latest lost tribe of the Amazon—two hundred strong and living in a dozen communal huts concealed beneath the forest canopy—was discovered by Brazilian officials in the state of Acre, on the border between Brazil and Peru. This unnamed group is the latest in a long line of hitherto sequestered communities whose existence is announced, breathlessly, to a global audience intrigued by the idea of the endurance of the primitive.

In the last few decades, since the beginning of large-scale destruction of forest-dwelling Indian communities in the 1950s, there has been a new tribal group identified in the Amazon almost every year. The official of the Brazilian Federal Indian Agency (FUNAI) who located the settlement in Acre says he thinks there could be fifty more still to be identified.

That is to say, fifty communities of Indians who do not want to be found, who have no expressed desire to consort with non-Amerindian people. This is the meaning of “lost”, “uncontacted” and “undiscovered”. Such groups of indigenous people may not yet have had missionaries, gold-miners, anthropologists or officials of FUNAI in their midst, but they know about them: so-called uncontacted tribes interact with other Indian groups whose members are themselves in routine contact with the wider world. So even if they have never seen a white person they will be familiar with the artefacts of industrial civilization—trade goods such as metal tools and cooking pots. They hear bulldozers; they see planes flying overhead. It’s just that they don’t go where non-Amerindian people are. Or, if they do, they kill them.

That is what the lost tribe of Acre did, according to the FUNAI official. Coming upon a settler who had gone fishing in their part of the jungle, they shot him— with arrows, in the antique Indian manner. Domingos Neves was his name. May he rest in peace. But an isolated act of violence like this must be set against the hundreds of Amerindians who have been killed in clashes in the last few years with gold-prospectors and loggers in the northern Amazon—and the millions who have died at the hands of settlers in the centuries since the beginning of European colonization.

The Yanomami in global discourse

Most of those who have died in the war in the north are Yanomami. But the Yanomami, beleagured as they are, are hardly an undiscovered tribe. Their name is known to schoolchildren across the world, most of whom couldn’t tell you where São Paulo is. The Yanomami, for better or worse, have entered the world created by modernity; they drift in and out of global consciousness like smoke from a burning rainforest. (It’s the forest fires in the Amazon, in fact, that pose one of the most pressing threats to their well-being.)

This presence of the Yanomami in global discourse is largely due to the efforts over twenty years of a dedicated group of Brazilian and French anthropologists, who have worked to bring medical services to Yanomami villages and alert the world to encroachments on their territory. Has this done them any good? A book by Linda Rabben, an anthropologist and activist, considers this question. She argues that international attention has at least helped buy time for the Yanomami to come to terms with modernity, to seek ways of organizing their widely scattered communities as they are sucked into the vortex of world history.

But the paradox of survival for the Yanomami is that in order to retain a space for themselves in the modern body politic they must induce a radical transformation in their own culture. A key example is this: only if they come to understand the idea of owning land can they preserve their right to it; only if they can develop centralized authority among their various constituent communities can they represent themselves collectively in negotiations with incomers. 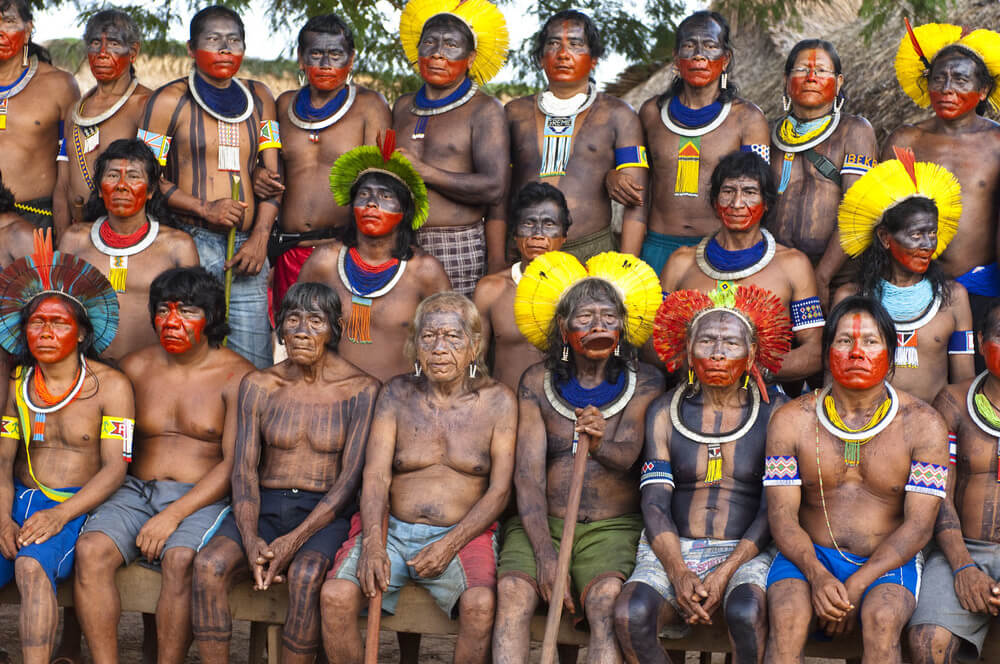 This is an area where the Kayapó, another Brazilian Indian tribe that has been forced to engage with the wider world, have had more success. The Kayapó—made famous by international advocates who include the musician Sting—have managed to extract a tithe from loggers and miners in their territory by trading on their reputation for extreme violence. Like the lost tribe of Acre, the Kayapó have a tradition of killing interlopers. Nowadays, though, they mainly indulge in ritualised violence—war dances on the roof of the Congress building in Brasília or demands for ransom from errant loggers and gold prospectors, and the occasional FUNAI official.

“When whites come illegally into our territory,” a Kayapó representative told an audience at the University of Pennsylvania, “first we cut their arms with piranha teeth and kick them out. Then if they come back then we get really rough.”

But the Kayapó have paid a price. Linda Rabben documents the degradation that their wealth has brought to come Kayapó communities: drunkenness and social division, loss of traditional skills and disregard for the natural resources of which they are the custodians, the forests and rivers that romantic primitivists would like to imagine that they cherish.

The yearning that we moderns are liable to entertain for an earlier form of life, for a human possibility that has almost vanished from the earth, is a pernicious form of of nostalgia. We are right to worry about what we have lost in our embrace of technology and material prosperity. But the myth of undiscovered tribes is a distraction from the far more difficult business of helping known Amerindian peoples cut a deal with modernity, one that will permit them to retain their identity while co-existing with the global economy and the modern nation-state. The world of the Yanomami and the Kayapó is in jeopardy. They are changing in order to survive. And it is not only Amerindians who must negotiate with the forces of modernity. Our world is in jeopardy also, the result of environmental destruction and social crisis. And, in the long run, we too must change to survive. ★