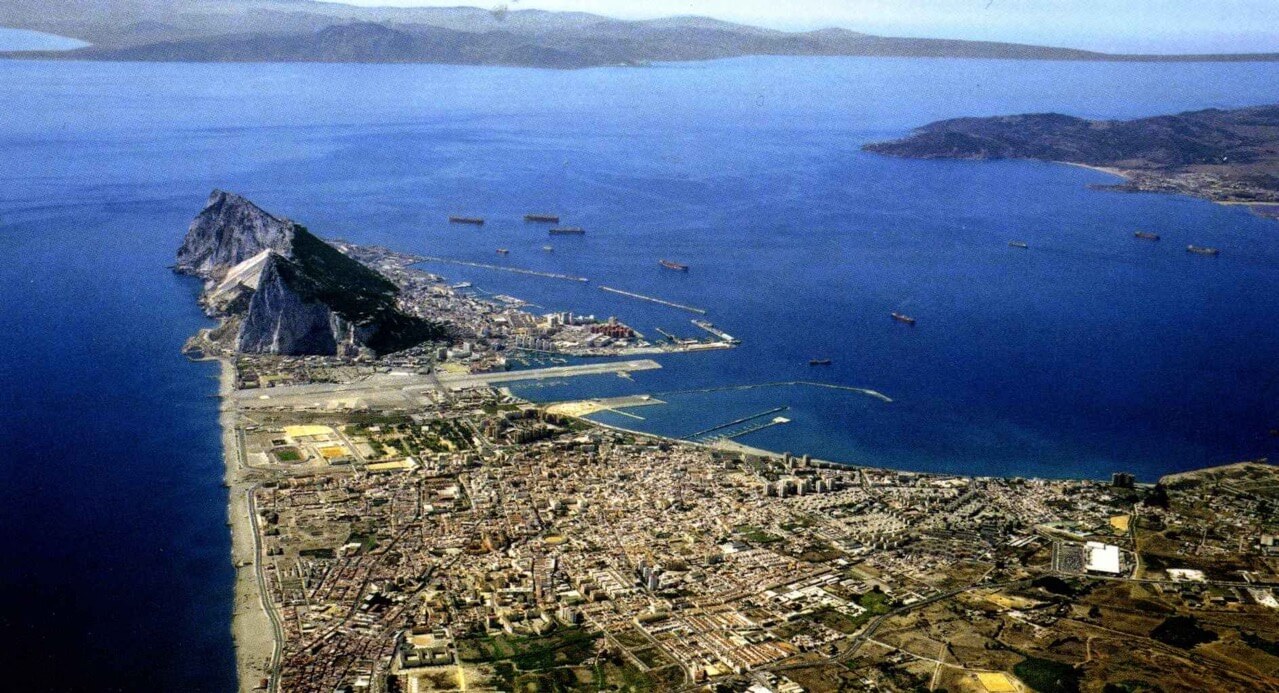 Reform of the United Nations and debate over the future of the Rock of Gibraltar are not matters that set the pulse racing. In each case the arguments are recurrent and never satisfactorily resolved—important, but ennui-inducing. Both, it happens, made the news last week: there were proposals by the UN Secretary-General for changes in the internal organization of the United Nations; and reports of a renewal of the dispute between Britain and Spain over the fate of the Rock. Then both vanished from the news again.

But wait. Gibraltar and the UN could be the answer to each other’s problems.

Criticisms of the UN are various. It is said to be too big and bureaucratic (though its permanent employees in fact number only 50,000) with too many overlapping agencies (thirty plus), all of them either underfunded or overfunded, depending on your point-of-view (the UN’s total budget is about $1.2 billion a year). And it is variously accused of being subject to manipulation by the permanent members of the Security Council, or compromised by financial dependence on the United States, or constrained by the fact that every independent country in the world, however delinquent, is a member of it.

The overriding problem of the UN is evident in its name—the United Nations. UN member states are manifestly not united. And some of the worst problems it has to deal with involve countries that cannot really be called nations at all—which are not united within themselves—yet whose political elites cling on to their place in the General Assembly. Failed states, tiny islands, relicts of empire, congeries of peoples unacquainted with government authority—all claim their seats at the UN, while nations that are more substantial and older established, but lack their own states, such as the Kurds, have no representation there. Most of the big problems the United Nations deals with at present involve civil wars where the legitimacy of central government is the main issue. Yet these governments occupy seats at the UN in the same way that those of hopefully stable democratic countries do. No country has ever been expelled from the UN.

Unlike the Vatican, the UN itself has no single sovereign territory from which to try and solve these problems. The secretariat occupies an enclave in Manhattan, but there are agencies scattered through half-a-dozen world capitals, from Rome to Nairobi. 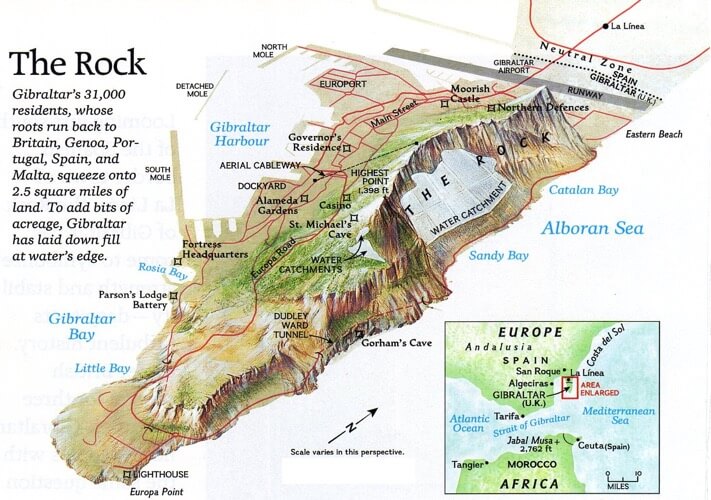 From the Augean stables to the pillars of Hercules

So here’s a new idea.

Gibraltar, as a British overseas territory, a post-colonial anomaly, has no seat at the UN. The current dispute there involves another international organization, NATO. Spain wants to become a full member of NATO and assume regional command of NATO forces. But it disputes ownership of the airport at Gibraltar, which is built on the isthmus that links the Rock to the mainland. Britain is blocking Spain’s full participation in NATO until the issue is resolved.

Even if this particular difficulty is overcome, however, the quarrel will not go away. Like Hong Kong or the Falklands, Gibraltar is a thorn in the flesh of the country to which it belongs geographically—and an onerous responsibility, albeit a useful base, for Britain, the country that exercises political suzerainty over it at a distance.

I was discussing these relicts of empire with my father the other day. He is a veteran of the war in the Mediterranean, old enough to remember the foundation of the UN in 1945 (though not, he points out, the Treaty of Utrecht, the deal that gave Gibraltar to Britain in 1713). He proposes a radical solution: move the UN from New York to Gibraltar. Both Britain and Spain, he suggests, could renounce their claims on the colony, which would then become, in a symbolic step towards world government, a UN sovereign territory.

The people of Gibraltar—a suitably mixed bunch, with British, Spanish, Italian and Maltese roots—could become the first world citizens. With its headquarters removed from US territory, the UN would be perceived by the rest of the world less as the instrument of US foreign policy and more as a neutral body. And there would be none of the fuss that has been created in the past when leaders the US doesn’t like, such as Fidel Castro or Yasser Arafat, come to address the assembly.

In Gibraltar the UN would possess a global base without equal in strategic or symbolic terms. The Rock lies at the crossroads of the world: the meeting place of two seas and two continents and two cultural worlds, Islam and Christendom, Europe and Africa,  Atlantic and Mediterranean. Securely in Europe, but close enough to feel the heat of Africa, it is also roughly midway between the US and China, countries that are liable to be the key members of the Security Council in future. It has vast underground facilities, built during the war, and a deep-water port. If anywhere is impregnable, Gibraltar is.

A move to a new location like this would make it easier for the UN to introduce the radical reforms that the current Secretary-General seems to have flunked. The carpet-baggers and time-servers who litter UN agencies could be discarded in the move—many wouldn’t want to live in Gibraltar anyway. Salary cuts might help. A good few of the agencies themselves could be dispensed with at the same time. The Bretton Woods Institutions—the World Bank and the IMF—could stay in the United States, which is still the world capital of money. But the political and humanitarian bits of the UN would surely work better in a continent that knows from long historical experience what colonialism is, both as perpetrator as as victim, and therefore understands better the history of relations between the West and the non-West. (The famously mischievous Barbary apes that live on the Rock, my father also suggests, will function as a reminder of the folly of human enterprise.)

The UN is indispensable; it is also a scandal. Moving it to Gibraltar could be just the new start it needs. The more I consider my father’s idea the more appealing it becomes. Ship the Augean Stables to the Pillars of Hercules. Then it might be possible to clean them out, and get some work done. ★

There was more-or-less zero interest in the idea put forward in this article. A single enquiry came from an official of the Tourist Office in Gibraltar, who wrote to ask whether the suggestion was serious. (It was; though its time may not yet have come.) There was also a heart-warming comment in Opinio Juris: “Your proposal is not so much impossible as it is brilliant. Intellectual exercises like yours give me hope that, despite its predominant self-destructive impulses, human nature has other, valuable traits that make it worth living.”

Other critics have suggested moving various components of the UN to more appropriate locations. An article in the Wall Street Journal of 20 April 2000, by Claudia Rosett, suggested that, in order to give officials a reality check, the headquarters of the IMF and the World Bank should be moved to Jakarta.