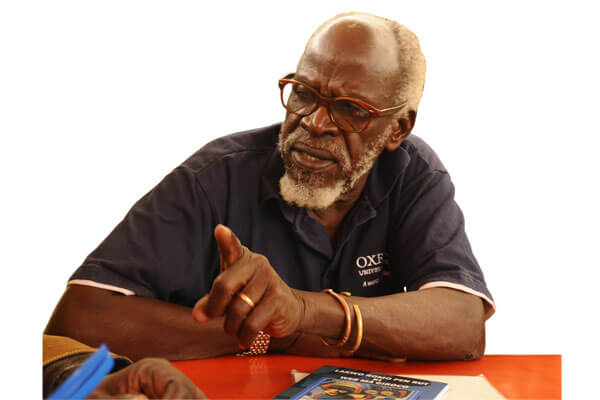 An item in the Times Literary Supplement of 23 June, apropos a poetry anthology called Capitals, states that Juba, today the capital of South Sudan, was founded in the 1920s by Greek traders. This isn’t the case, though. The Bari, one of the main ethnolinguistic groups in South Sudan, are the indigenous inhabitants of the site and established a settlement there much earlier. Representatives of the Bari people are vocal in their claim to territorial rights over the area now occupied by greater Juba. In his long poem, The Tears of Juba (1993), Severino Matti (1939-2008), for many years Director of  Antiquities and Archives in South Sudan, describes the origin of the name of the city:

The name Juba is foreign to my ancestors.
It is a distortion of the name Gubek,
Who was the clan’s headman
Of Bari settlers round Jebel Nyoka…

The editor of Capitals makes a further misleading assertion: Juba, he says, is a city without poets. (Can there be such a thing? A city without poets?) Times are hard in Juba now and many things are lacking, but it’s safe to say that there is no lack of poets.

I made these points and others in a letter published in the TLS the following week, reproduced below.

Sir, – Abhay K’s comments on the history of Juba—as quoted and elaborated on by J. C. (NB, June 23)—are misleading. Though Greek traders had a key role in the development of the town as a trading centre from the 1920s onwards, they were not the founders of Juba. The Bari people – the indigenous inhabitants of the area—have a prior claim, having established the first settlement of that name (and asserting to this day their collective rights in the land where Juba is situated).

A mission and school were established in Juba in the early 1920s; and in 1929 it became the administrative centre of Mongalla Province (sub­sequently of Equatoria Province). From that time up to the 1950s Greek traders dominated commerce in Southern Sudan, but after independence in 1956 they were progressively displaced by Sudanese Arab traders from the north. Thus Hai Jalaba—the part of Juba mentioned by J. C. as having been “left behind” by the Greeks—means “the jalaba quarter”, jalaba being a pejorative South Sudanese term for Sudanese Arabs

Re the supposed absence of poets in Juba, did Abhay K consider the work of Taban lo Liyong? Or Severino Matti? Or Sirr Anai Kelueljang? Or Victor Lugala? Or any of the current flowering of South Sudanese hip-hop artists—Mr Lengs, Crazy Fox and other members of the collective known as Ana Taban (“I’m tired”)?

Though they may not be of global stature, they surely bear comparison with J. C.’s favoured poet, William McGonagall.✭