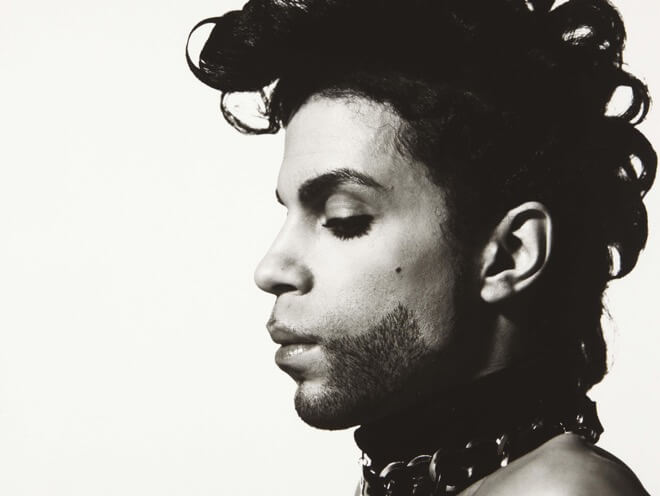 It’s two years now since the prolific, doll-like, callipygous rock star Prince, in a fit of pique with his record company, deposed himself and became Squiggle, the artist formerly known as Prince.

Ex-Prince just celebrated his thirty-seventh birthday—assuming he still has birthdays—and you may have wanted to call and congratulate him. But who would you ask to speak to? And how would you greet him in a casual encounter—at the news stand, say, or the launderette? What’s the correct form of address for a Formerly? Such points of protocol raise profound questions—not just about propriety in the age of boundless celebrity, but about the relation between the written and spoken word.

Discussions of Ex-Prince are bedevillled by joky periphrasis. “Sir Hieroglyphicford” and “AFKAP” are the uneasy ways in which Adrian Deevoy refers to him in a recent article in Q (a magazine whose own single-letter moniker is likewise a bit of a mystery). Prince’s employees, Deevoy reports, just call him “Boss”. In what must have been a trying conversation, His Bossiness is mostly either silent or monosyllabic. He tells Deevoy he changed his name on the advice of his spirit. But he does not voice the enigmatic symbol, nor does he provide any guidance on how it is to be pronounced.

Unlike Duke Ellington, say, or Count Basie, it seems that Prince was actually christened “Prince” by his parents. So in this sense, at least, he is born royal. The half-mocking appropriation of such titles by the American jazz aristocracy holds no special allure for him. So it could be that what he’s aspiring to now is more like godhead—a name too sacred to be spoken.

A singer with a strange device

And what is the origin of ex-Prince’s strange device? Does it hold any clues as to his putative divinity? Is it an ideogram, a translation of his former name into a language only he knows? In which case, when communicating with him, should we be ready to substitute it for other occurrences of the word—referring, for example, to The Little Squiggle, by the artist formerly known as Oscar Wilde? The Squiggle, by the civil servant formerly known as Niccolò Machiavelli? The Squiggle and the Showgirl? Hamlet, Squiggle of Denmark?

From top to bottom: The Chinese symbol zao; Prince’s hieroglyph; vèvè of the Vodun divinity Ezili

Let’s take a closer look at the princely hieroglyph. Perhaps it is derived from the Chinese character zao, which signifies that time of day when the sun has risen to the height of a man’s helmet. Or perhaps it is a Haitian vèvè, the symbol of an astral being invoked in Vodun ceremonies, traced on the ground in front of an altar using coffee grounds, or flour, or—sometimes— gun powder.

Alternatively, could it be a crop circle, scanned into the Paisley Park database and shrunk to type size?

On close examination, the device appears to consist of the biological female symbol elongated and overstruck with what could be either a half-uncurled posthorn, or a tiny reptile—perhaps a chameleon—its tail rolled and mouth agape. The significance of this superimposition—let us speculate—could lie in the overstrike itself, that is to say—to employ a post-modern idiom—it could be meant as an emblem of hybridization and complexity, of the dense concatenation of the present.

Some digital fontographer has certainly had a hand in the creation of this device. Its precursors are to  be found in the spray-can calligraphy of the New York subway—a living tradition of folk art with its origins in 1970s hip-hop culture, the milieu which, it is generally agreed, is ex-Prince’s chief musical and visual influence.

The pioneer graffiti artists of the Lexington Avenue Express—the culture heroes of that time—worked under constantly changing pseudonyms. These artists—Futura 2000, Poet, Crasher, Taki 183—whoever they were—were type designers in the making. Their scribbled tags and megadoodles generated a range of typefaces that became known as Wild Style, a diverse and sometimes whimsical collection that was united mainly by its indecipherability. The Wild Style font family included hyperbolically overstretched bubble writing, a version of Black- letter Gothic wreathed in flames, and a fractured lapidary font that rejoiced in the name “Earthquake”. And then there was most spectacularly dysfunctional and hard-to-read of all: Fifth-dimensional Step Parallel Staircase, illegible to anyone but cognoscenti.

The subway artists, like Prince himself, aspired to mystery; their inscriptions were overlaid on each other until they became too dense to read; the letters themselves were twisted and bent to the point of unreadability, producing versions of the Roman alphabet that approached the condition of Linear B.

They are probably all working for Adobe or TrueType now, designing the webfonts of tomorrow. Certainly the typographical conventions of electronic documents, with their wingdings and dingbats and emoticons, are beginning to generate the same problem as articles about Prince—that is to say, a problem of epic unpronounceability. These are symbols without known phonological referents. The smiley face that once graced lapel badges and tabs of Ecstasy has migrated, with its derivatives, into the electronic universe, forming part of the grammar of the chat room. How, for example do you say (:- or :- aloud? Should you ask a voice-synthesising program to do it for you?

Under the influence of these emoticons the English language is becoming increasingly ideogrammatical. Could we now be in danger of becoming so glyphed-out that our prose transforms itself into something that cannot be spoken by humans at all?  Will English become a language at home only on the screen—where few read aloud—and increasingly strange when read from the page, in the medium formerly known as print? ★