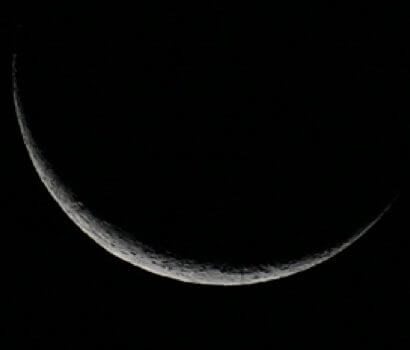 Give thanks for food by abstaining from it

Give thanks for food by abstaining from it

Drumming and chanting and beating of gongs. A loud noise in the early hours is a reminder to those who find themselves in certain Islamic countries at this time of year that it is the holy month of Ramadan. The pre-dawn racket—and the sound of the muezzin–is a warning to the faithful that it’s their last chance to eat or drink until sundown.

Even here where I am in Goma, in Eastern Congo, where Muslims are a minority, there is enough of an Islamic presence for the early morning din to interrupt an unbeliever’s sleep while the stars are still out. If you are not a Muslim it’s not such a bad way to wake up—to the announcement of a ritual you are under no obligation to rise and observe. In the Christian and post-Christian world the religious fast no longer thrives as it once did, but it was formerly a feature of almost all religious traditions. It still features large in Hinduism and various schools of Buddhism. And for Muslims its importance is undiminished. The annual one-month fasting period is the fourth of the five pillars of Islam. In Ramadan, worldwide, most Muslims are fasting. That’s over a billion people.

As I lay half asleep this morning, listening to the singing, but thinking about breakfast, I remembered the days of the fast in Afghanistan a few years ago. Most Afghans, strong in their religious belief, observe Ramadan strictly, at least in public. Of course for a non-believer there is no obligation to conform, even in such a fiercely Islamic country; in fact it is considered an odd thing to do. I was trying to make myself less conspicuous, but this was an unrealistic aspiration for a wan, clean-shaven foreigner in a country where all adult men have beards. I knew fasting would not make me invisible, but it gave me a feeling of solidarity with my travelling companions. And the conditions of travel meant that doing as they did was the easiest option.

My companions themselves, perhaps out of hospitality, perhaps to test my resolve—or perhaps to test their own—pressed sweetmeats on me at intervals in the day. That was not hard to resist. The worst thing about fasting isn’t going without food; it’s being compelled to eat before the day begins. Missing lunch comes easier than forcing down a plate of rice and a pint of water when you are feeling nauseous at five in the morning. But this is what you need to do to stay hydrated and keep your blood sugar levels up through the day—hence the banging and drumming round Muslim houses before the day begins.

Those who fast are permitted neither to eat nor to quench their thirst. This is relatively easy in the chill of the Afghan winter; but I was glad we were not in the Sahara. Some say you are supposed not to swallow either—that you should spit instead. In any event, whether in Kabul or in Cairo, or here in Central Africa, Ramadan is a time of dry mouths and bad breath and short tempers, particularly towards the end of the day.

Then at sunset, the stress dissolves in the breaking of the fast. The evening meal during Ramadan, at least in Afghanistan, is a ritualised event that begins with the consumption of a single date and a sip of water. One by one, each person present partakes of it. This is no TV dinner: it concentrates the mind, it enjoins you to see food as a blessing.

Here is the lesson of fasting, or one of its lessons. Hunger affects the meaning of food, as well as the taste of it. Abstinence gives you back your appetite; it gives you a glimpse of the sacredness of the act of eating. It makes you wonder about the mindset of foodies, people who talk about food all the time. Do they have any idea what it is like to go without?  You would hardly think so to listen to them. When did any of them have anything interesting to say about hunger, or abstinence? Those who thank Gordon Ramsey and Marco Pierre White for their daily bread have precious little interest in the very appetite that food satisfies; they are guilty not so much of gluttony, as of superficiality.

How about a fasting regime for them? I’m not suggesting that they should all convert to Islam, or spend the early spring in Afghanistan, but a bit of self-denial might not come amiss. There is a precedent for it in Christian culture, of course, if that’s where they are coming from: Ramadan is nearly over, but Lent will be with us soon. ★

Miracles of the People / Milagres do Povo