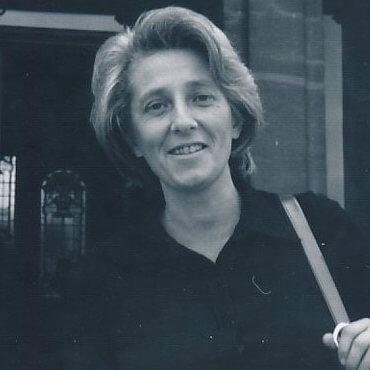 Rosemary Dinnage, who has died aged 87, was a writer of exemplary lucidity and independence of mind. Her essays and books ranged over literature—especially the work of modern women writers—studies of death and dreaming, and the convolutions of psychoanalysis, with which she was long engaged both as a patient and as a chronicler.

In the 1970s and 80s she came into her own as a writer, producing a stream of reviews and essays for the Times Literary Supplement, the New Statesman and the New York Review of Books. Robert Silvers, editor of the New York Review, has described her as “one of the paper’s stars, crucial in making the Review what it is”.

Born in Oxford, Rosemary was raised in the borrowed grandeur of Oxford University’s Rhodes House, where her father, Sir Carleton Kemp Allen, an Australian-born professor of jurisprudence, was warden, and her mother, Dorothy (née Halford), was an outgoing social figure. In her memoir, The Long Vacation (2012), Rosemary remembered her childhood as a time of lengthy parental absences that left her and her brother, Christopher, in the frequent care of nannies and maids.

After three less-than-happy years as an evacuee in Canada during the second world war, she returned to England in 1943, aged 15. She won a scholarship to Somerville College, Oxford, where she graduated in English literature. Then, in the lean but liberating 50s, she worked as a typist for Unesco in Paris and the UN’s Food and Agriculture Organisation in Rome. Once, in Paris, where coffee was hard to find, she auctioned a tin of Nescafé on the platform of the Gare du Nord to raise the rail fare back to London.

After a short-lived marriage to Paul Dinnage, she fell on hard times as a single mother in London, raising two sons, taking in lodgers and working as a translator from French at £100 a book. Subsequently she took an external degree in psychology through evening study and worked as a research officer at the National Children’s Bureau, where she wrote a series of studies on child health.

In the late 60s she applied for a job at the Times Literary Supplement. Arthur Crook, the editor, turned down her application, but invited her to become a reviewer. In 1975, under the editorship of John Gross, she became an assistant editor and one of the paper’s regular reviewers. As a TLS assistant editor myself at that time, straight out of university, I found Rosemary daunting, but generous in her advice. Learning to edit, she said, was learning to write.

Much of her adult life was spent in what she described as the “jungle of psychoanalysis”, starting when she fell into the grip of depression after the break-up of her marriage. She paid for her first analysis by selling off a diamond brooch left to her by an uncle. Her analysts included Donald Winnicott, doyen of the British “Middle Group”. She was one of his last patients, crediting him with bringing her back from the edge of the abyss and noting with approbation his unconventional methods – playing music during sessions, dozing off, and sitting with her on the rug in front of the gas fire, which, she noted, covered his dark suit with pale fluff.

Reality is more important than comfort

There is a reference to Rosemary in Winnicott’s posthumous Playing and Reality (1971). “Reality,” Winnicott quotes his anonymous analysand as saying, “is more important than comfort.”

Rosemary’s sense of gratitude towards Winnicott was balanced by a generally critical view of psychoanalysis and psychotherapy. In 1988 she published One to One: Experiences of Psychotherapy, a collection of accounts that include positive, negative and equivocal views.

Shrewdness, kindness and even-handedness were characteristics of her writing. She excelled in reflecting on the lives of others, including, in her book Alone! Alone!: Lives of Some Outsider Women (2006), the mystical writer Simone Weil, the children’s author Enid Blyton, the birth-control pioneer Marie Stopes, the artist Gwen John, Alice James (the sister of Henry and William James), and the theosophist Annie Besant, whose biographer she became. Her book of interviews about death, The Ruffian on the Stair (1990), is a cross-cultural tour-de-force that covers attitudes to death among a wide range of interviewees, including an archdeacon and an exiled South Sudanese politician.

She had an intense interest in dreaming and dissociative states. Though without religious beliefs, she gave credence to reports of precognitive dreams and visions and was a committee member of the Society for Psychical Research.

“Most people’s dreams,” she wrote, “are more interesting than their conversation.”

Of herself, she wrote, “She couldn’t drive. She loved every form of dancing. She spoke French, Italian, and some German. She suffered from migraine, diabetes, arthritis. Her favourite places, apart from Oxford, were Scotland and Italy. She didn’t understand computers or any other mechanical things. She had a lot of cats and also loved dogs and horses. She didn’t drink alcohol or smoke, but liked to eat sweet things. She loved boats and was easily seasick.”

As a friend and colleague, Rosemary could be stern and crotchety, or she could be fun. Her forthright curiosity and free engagement with others endured alongside her recurrent melancholia. She was a stranger to flattery and dissimulation. In life and letters alike, she favoured directness and action over contemplation, advising a hesitant colleague at the TLS: “When you have finished the letter, sealed it and addressed it, you must always send it. No putting it in a drawer. No tearing it up. Send it.”

She is survived by her two sons, Simon and Mark, and a grandson and granddaughter.