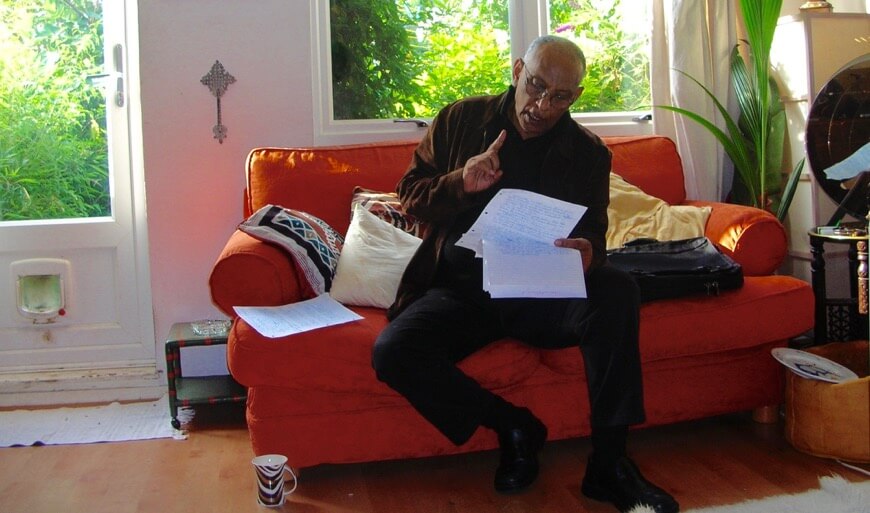 Tafari Wossen, one of the founding Fellows of the Rift Valley Institute, died in Washington DC in June 2016, at the age of 76, after a long illness. A former civil servant, he was a veteran of the Ethiopian media, working in radio, film, print journalism and public relations for over half a century.

Tafari’s life spanned revolutionary changes in Ethiopian life: from the last years of the feudal system, through the revolutionary communist decades of the 1970s and 1980s, to the state-sponsored capitalist system of today.

He was born in Waag, in northern Ethiopia, the son of a feudal grandee, the Wagshum Wossen Hailu. In a memoir published in 2013, Tafari described his unusual upbringing.

“I was raised in Sekota,” he wrote. “I saw little of my father and hardly remember my mother. I was separated from her at a very early age and don’t even know when she died.”

The task of raising the future Wagshum was left to the elders and war veterans of Waag, and to an Italian, Romano Gino, who Tafari’s father had saved from death at the hands of Ethiopians fighting the occupying Italian forces.

“Romano was more of a father to me than my own father was,” Tafari wrote. “But he was still regarded by some in Waag as an enemy alien. If he ever raised his voice or his hand against me, the soldiers who guarded me would go for their guns as if to shoot him. Then I would rush to protect him by standing in front of him.”

Tafari’s father was sent by Haile Selassie as Ambassador to Greece, a form of banishment designed to curb his power in Waag. The Emperor never allowed him to go back. Tafari was educated in Britain, and returned to Ethiopia, by himself, in his early twenties.

In Addis Ababa he worked for the Ministry of Information in various roles during the final decade of Haile Selassie’s reign. He was involved in the filming of the blaxploitation film Shaft in Africa, in the organisation of OAU summits, and the Ethiopian pavilion at Expo ’67. In 1973, fatefully, he assisted Jonathan Dimbleby in the making of the BBC news documentary “The Hidden Hunger”. The film revealed the extent of the famine in northern Ethiopia and the Imperial government’s attempt to cover it up. It was a factor in the military takeover the following year that toppled the Emperor and established the Derg in power. 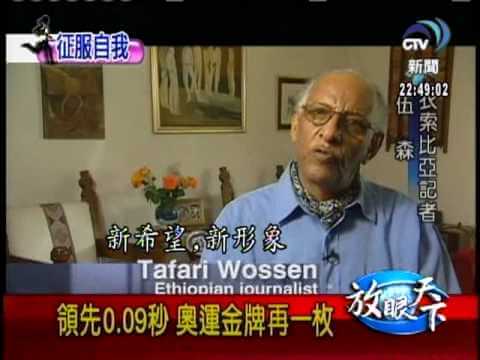 The Derg deprived Tafari of his inheritance, sweeping away the system of titles and feudal privilege into which he had been born. In the decades that followed, the social fabric of Ethiopia was torn apart by revolutionary violence. Many representatives of the former ruling elite were killed. But Tafari, having already been an exile, was determined to remain in his home country. He joined no political faction and did not take sides in the political infighting of the period. He eventually became the head of information at the Relief and Rehabilitation Commission, surviving there due to his technical competence and professional integrity.

In the 1990s, after the collapse of the Derg and the establishment of the new government, Tafari founded and edited the Seven-Day Update, a weekly news review published in Addis Ababa that became a key source of information for foreigners and a point of reference for Ethiopians.

A graceful writer, he was a well-connected figure in Addis, dedicated to the advancement of Ethiopia and the celebration of its achievements, whether he was commenting on the country’s sporting triumphs or campaigning for the return of cultural property looted by European colonial powers.

Tafari Wossen was a person of warmth and generosity. His energy and enthusiasm raised the spirits of any gathering. He was a man spoken well of by all who knew him.

He is survived by his wife, Tabotu Woldemichael, and their son and daughter.