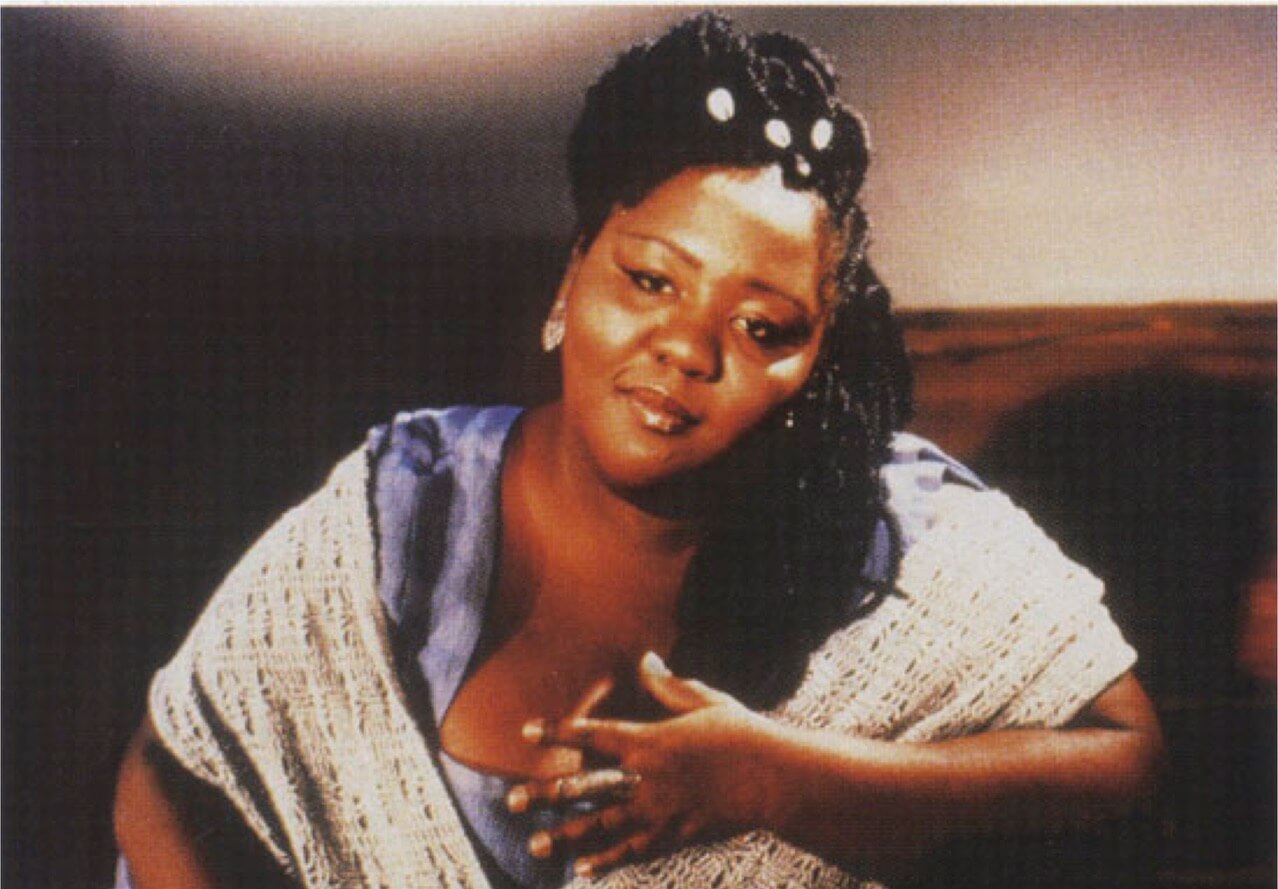 The songs to be heard on Mares Profundos (Deep Seas) are the result of one of the most fruitful collaborations in the history of Brazilian music, a partnership that played a key role in bringing the African-derived traditions of Brazil into the national cultural mainstream, and thence to global attention.

It was during the early 1960s, at the height of the bossa nova era, in a nightclub in Copacabana, that Vinicius de Moraes (1913-1980), a diplomat-turned-poet, met 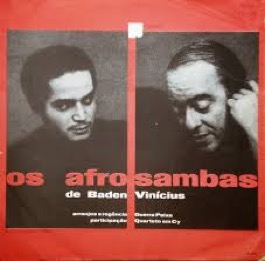 Baden Powell (1937-2000), a young classical and jazz guitar prodigy. Baden Powell’s work was just beginning to be heard on record and radio. Vinicius, then in his late forties, was already an established figure in the music scene in Rio de Janeiro. For a decade he had enjoyed a fruitful writing partnership with Tom Jobim (1927-1994), a collaboration that gave rise to many of the classics of bossa nova, including its biggest international hit, “Garota de Ipanema” (“The Girl from Ipanema”).  But it was with Baden Powell, in the mid- 1960s, that Vinicius was to produce the most innovative compositions of the time, culminating in the suite of songs, first recorded in 1966, that they termed “Afro-Sambas”. These Afro-Sambas are the heart of the song sequence that Virginia Rodrigues performs on the present album.

The Afro-Sambas combine—or recombine—the famously cool refinement of bossa nova with lyrical and rhythmic motifs drawn from Afro-Brazilian religions, the polytheistic belief systems that evolved from the heritage of African slaves in Brazil. With their invocations of divinities such as Shango (Xangô in Brazil), Yemanja (Iemanjá) and Ossain (Ossanha), the songs form one of the earliest examples of a new strain in Brazilian popular music, one that draws on the deep well of African-derived culture found in the coastal cities of Rio de Janeiro and Salvador da Bahia (the latter having a claim to be the most African city in the Americas). This incorporation of Afro-Brazilian themes into Brazilian popular music is a process that continues to this day, most recently in the “Axé” music, growing out of Bahian carnival, that forms the material for Virginia Rodrigues’ earlier album, Nós (“Us”, Hannibal/Natasha 2000). But, as the present recording shows, Vinicius and Baden Powell’s early exploration of the field remains unsurpassed.

Candomblé and Umbanda, the two principal Afro-Brazilian religions, are ecstatic religions in which devotees, cued by prolonged drumming and chanting, enter trance and become possessed by African gods or other spirits. Of the two, Candomblé (of which Bahia is the heartland) has the most unmodified African characteristics, with a liturgy largely in the Yoruba language and a more-or-less exclusively African pantheon. Thus Shango (Xangó) and Yemanja (Iemanjá)—names that are invoked in several of Vinicius’ and Baden Powell’s compositions—are both Yoruba orishas (orixás), that is to say, divinities brought to Brazil by slaves from West Africa. Xangó is, among other things, the god of fire; Iemanjá, mother of all the orixás, in Brazil is venerated as goddess of the sea.

The second of these two Afro-Brazilian religions, Umbanda, is the form most commonly practiced in Rio de Janeiro. This is a city where the heritage of Africa is more mixed with that of Europe than it is in Bahia. Umbanda is correspondingly more syncretic than Candomblé, incorporating elements from a number of non-African cultural traditions. Among the spirits worshipped by followers of Umbanda are representatives of the indigenous Amerindian and mestizo worlds, the caboclos. Added to these are elements of European spiritualism. The resultant pantheon is as various as Brazil itself.

The hymns and chants of umbanda are generally in the Portuguese language, but they have a distinctive vocabulary. “Saravá”, for instance, a term heard in the Vinicius/Baden Powell songs, is the form of salutation used in Umbanda ceremonies when greeting a divine being. One such being is the caboclo Pedra Preta, tutelary spirit of a celebrated umbanda temple in Rio, who is the subject of the sprightliest of the Afro-Sambas (“Black Rock’s Song”).

Vinicius and Baden Powell would certainly have visited Pedra Preta’s temple and other such places of worship and paid their respects to the presiding babalaô, or priest. Hence Vinicius’ lines, in “Sadness and Solitude” (“Tristeza e Solidão”).

I am from the lineage of Umbanda

I am going to see the Babalaô

Slowly along the Swahili coast in the rainy season, 1984 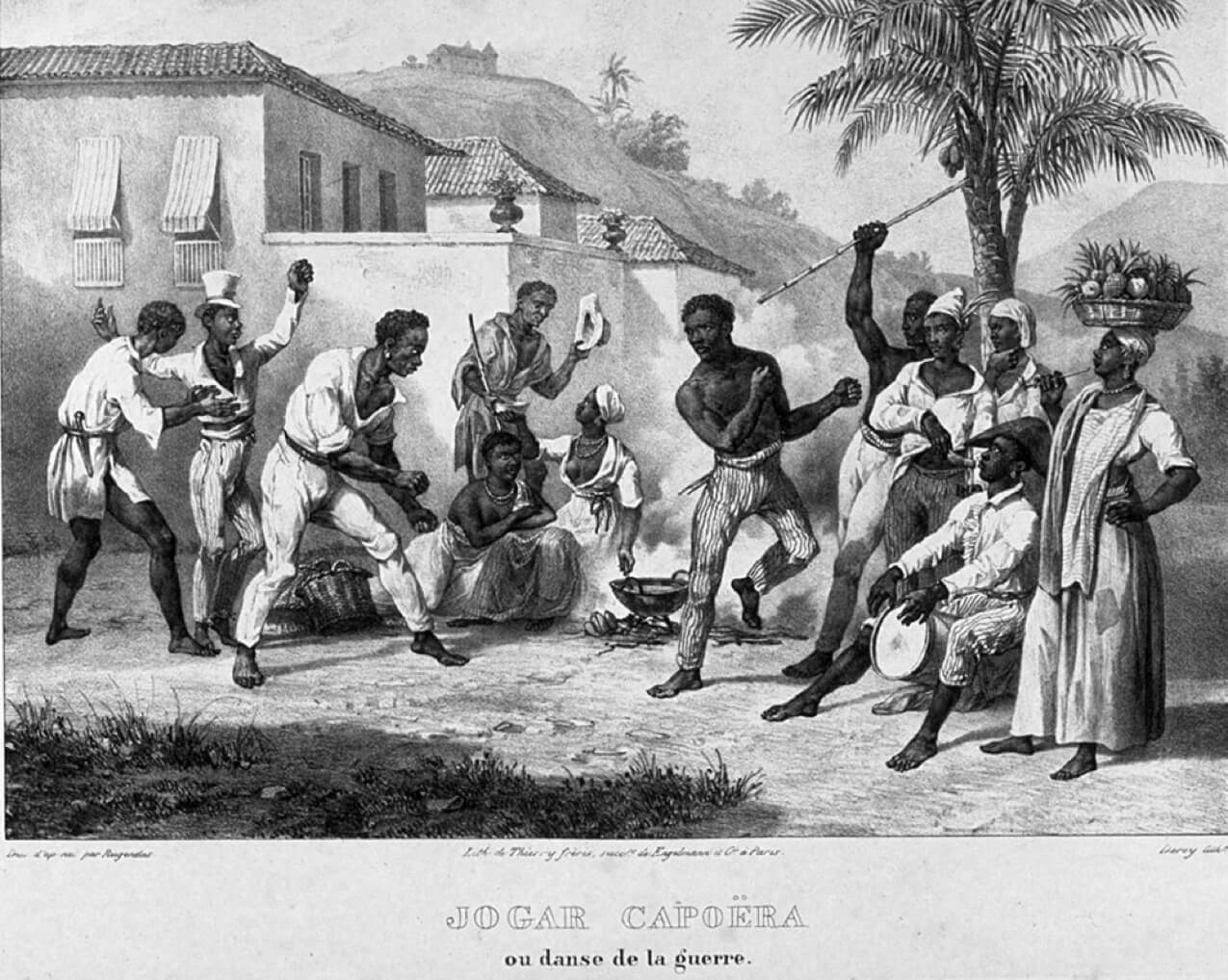 How African are the Afro-Sambas?

The Afro-sambas, it can be seen, are dense with references to Umbanda and Candomblé. Their lyrics and rhythms are steeped in Afro-Brazilian culture. But how authentic are they? How deeply rooted are they in the culture they invoke?

Neither Vinicius, an Oxford-educated diplomat, nor Baden Powell (named after the founder of the boy scout movement), were from the Afro-Brazilian end of the racial-cultural spectrum in Brazil. Neither had much prior knowledge of the African heritage of their country. At the time of composition both of them had spent more of their lives in Europe than they had in Salvador da Bahia (though Baden Powell spent increasing amounts of time in Salvador as the 1960s progressed).

In Vinicius’ own account of their composition, he wrote:

Baden’s musical antennae, which extended to Bahia and, in a final stretch, as far as Africa, made it possible for him to put together this new syncretism, adding a “carioca” [Rio de Janeiro] flavour, in the spirit of modern samba, to Afro-Brazilian Candomblé, giving it a more universal dimension.

Their compositions incorporate rhythmic and lyrical motifs from Afro-Brazilian religious performances, but these are not songs that would form part of such a performance. So the Afro-sambas are not to be taken as part of a sacred hymnody. Nevertheless, in the continual hybridization of Brazilian culture, where elements from Africa and Europe, from high culture and popular culture, commingle endlessly, they have their place. In them the dignity of Afro-Brazilian religion is preserved—not simply as folklore but as a living system of belief.

With their use of the esoteric vocabulary and rhythms of Afro-Brazilian religion, the Afro-Sambas are not only songs about the orishas and other spirits; they are invocations of them. They are genuinely devotional songs, building, in some cases, on existing chants and phrases taken from Umbanda liturgy. As religiously-inspired popular music they may be compared with the spirituals and gospel songs of the North American tradition, or with Rastafarian-inspired Jamaican reggae.

If there is any remaining doubt about the authenticity of the Afro-Sambas it is resolved in the performances on this recording. Virginia Rodrigues is a black Brazilian from Bahia, from the heart of the culture that Vinicius and Baden Powell drew on. Her performance gives these songs a heightened dignity, not simply because of the remarkable gravity and resonance of her voice, but because the orisha tradition is central to the milieu she was born and raised in. In her rendering the Afro-Sambas have been brought back to the place from which they drew their inspiration.

“Lapinha” and “Berimbau” concern themselves with a further expression of Afro-Brazilian cultural tradition: capoeira, the arrestingly graceful martial art that has spread in recent years from Brazil to the cities of Europe and North America.  “Lapinha” is based on a traditional capoeira chant; the subject of the song is a celebrated nineteenth-century Bahian capoeirista named Besouro (“Beetle”) Mangangá, who is also known as Cordão de Ouro (“Golden Cord”). Like many capoeristas of the era, Besouro lived on the wrong side of the law; he met his end, as mentioned in the song, stabbed to death by police in Salvador. Lapinha, the title of the song, is the name of a district in the city.

The berimbau—the title of another of the songs—is the key instrument of capoeira: a single-stringed bow-harp with a gourd resonator that accompanies and structures all performances. The distinctive rustle and drone of the berimbau, actual or simulated on the guitar, can be heard in the accompaniment to this and other tracks on the recording.

Vinicius’ and Baden Powell’s afro-sambas have been recorded numerous times (twice by Baden Powell himself), but there has never been a version like this. Virginia Rodrigues’ arresting voice and the spare but sure musical arrangements that surround it reveal the enduring elegance and power in the songs, whether it is the stately melancholic strain manifested in “Yemanja”, or the explosion of samba heard in “Lapinha” or “Black Rock’s Song”. Four decades after their composition, the Afro-Sambas, and other songs recorded here, have received their most authoritative interpretation yet. Here, in Virginia Rodrigues’ performance, it can be said, they have finally come home. ★