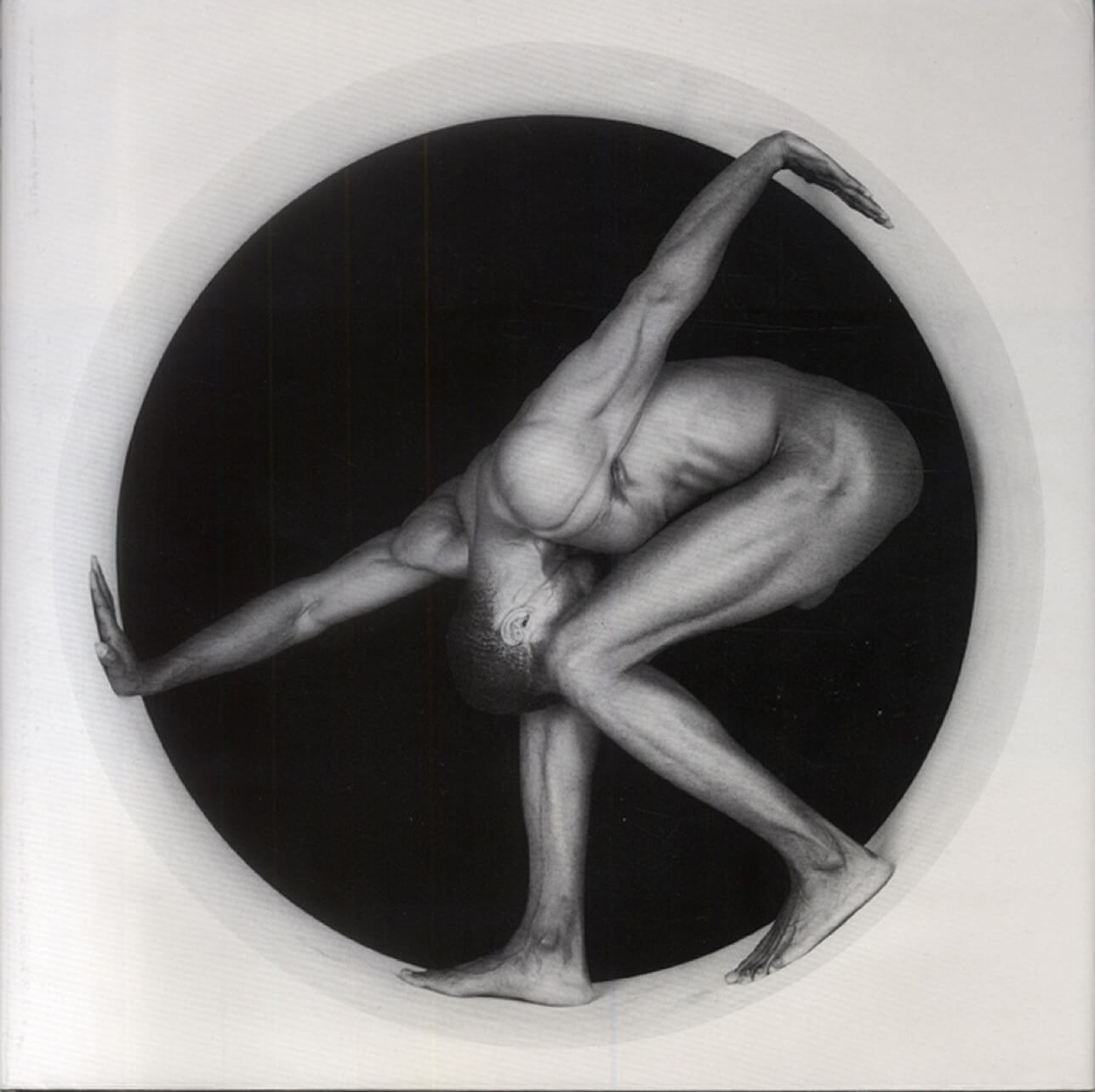 Robert Mapplethorpe (1946-1989) took pictures of celebrities with their clothes on, and young black men with their clothes off. The celebrities have surnames: Rossellini, Saatchi, Mailer, Schwarzenegger. The black guys mostly don’t. The juxtaposition of these two kinds of picture sent a frisson through the New York art world in the 1980s, making Mapplethorpe famous in his own right.

Today, it is the nudes, rather than Mapplethorpe’s celebrity pictures, 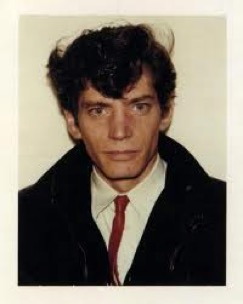 that are the basis of the claim for the importance of his work. Rather than simply challenging the limits of public tolerance, it is argued, these pictures significantly extended the range of photographic representation of the human figure. There’s a coda to the argument, though: in addition to classic nude portraits, Mapplethorpe also took pictures of men engaged in acts of sado-masochistic sex with each other, or in the prelude to such acts. These S&M images, unveiled after his death, have occasioned a new debate, with assertions of their artistic significance on the part of Mapplethorpe’s apologists and indignation on the part of guardians of public morality. In the late 1980s the public exhibition of these pictures reopened an old controversy about art and the limits of decency. This intensified after Mapplethorpe’s death from Aids in 1989 and the cancellation of a retrospective of his work in Washington DC.

Mapplethorpe’s sex pictures may also be said to have opened the way for Stephen Meisel’s recently published photographs of Madonna. But in comparison with Mapplethorpe’s, Meisel’s pictures—in his book Sex—are laughably tacky. A comparison between the two reveals, by contrast, the technical quality of Mapplethorpe’s portraits, the seriousness with which he regarded his subjects and the efforts that he made to elevate the pictures he made to salon level.

A conscious act of provocation

You’d have thought that more photographers of the human body would have responded to differences in the hue of skin, and variations in the way light falls on it. Mapplethorpe saw that the luminosity of black skin and the frequently greater visibility of black musculature extended the formal possibilities of photography of the naked human figure. And he pursued these possibilities more exactingly than any previous photographer, exploiting his own sexual predilection to aesthetic advantage, bringing formal composition and the techniques of studio photography to subjects who had thitherto remained largely outside this realm. It was a remarkable achievement. It does not, however, dispose of the ethical questions raised by this achievement.

The more mischievous of Mapplethorpe’s nude portraits are conscious acts of provocation, playing on the twin anxieties that have long underlain American life: racial difference and male homosexuality. The most notorious of these is “Man in a Polyester Suit”, whose penis extends from his open fly like an elephant’s trunk. Such pictures also, arguably, pander to a stereotype engendered by these anxieties—that is to say, the black man as a purely sexual creature. Like Baron von Gloeden’s turn-of-the-century studies of Sicilian youths, Mapplethorpe’s nudes—in platinum prints and limited editions—seem designed for a market of privileged oglers. 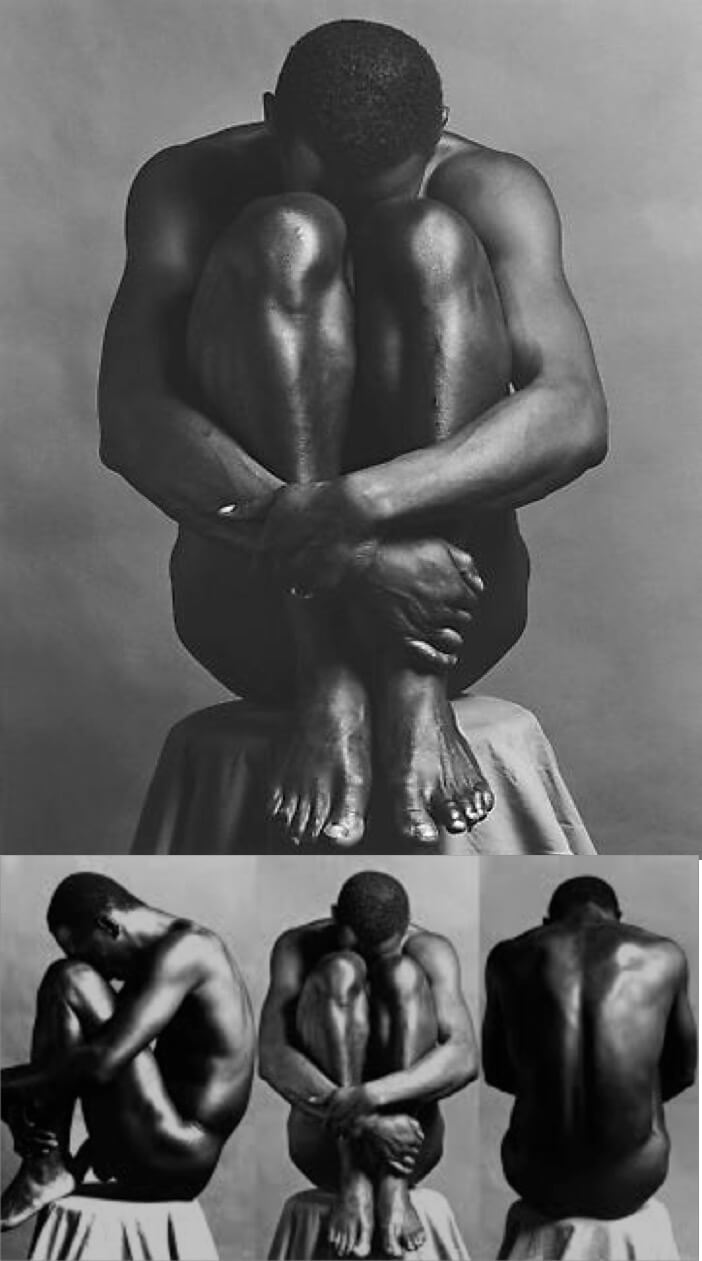 Would it be a different matter if the photographer were himself black? Or straight? Or female? It might. Non-white commentators, in particular, have had a hard time saving the appearances for Mapplethorpe. Yet the more he has been attacked from the right, the more the multicultural left has fallen into line to defend him. Here, for example, is Kobena Mercer in an article entitled “Skin Head Sex Thing” in the spring 1992 issue of New Formations, a journal of impeccable political correctness, retracting his own earlier criticism of Mapplethorpe:

Once we consider Mapplethorpe’s own marginality as a gay artist, placed in a subordinate relation to the canonical tradition of the nude, his implicitly critical position on the presence/ absence of race in dominant regimes of representation enables a reappraisal of the intersubjective collaboration between artist and model.

Dominant regimes of representation… intersubjective collaboration. Such is the language of contemporary culture-criticism. You could put it a different way. Mapplethorpe and the black guys he took pictures of both knew what they were doing. They knew how to make use of each other, whether or not they had a common purpose. (A friend of mine had his picture taken by Mapplethorpe. Asked what happened during the sitting, he said: “Well, he had his way with me. Then I had mine with him.”)

How much control are Mapplethorpe’s models exercising over their sexual aspect? There is something uneasy in the eroticism of these pictures, an absence of human engagement. They may be compared, in this respect, with the work of the New Orleans photographer George Dureau—one of Mapplethorpe’s few precursors—who photographed mainly nude black men with physical disabilities. Dureau’s pictures have a different quality: tenderness. His subjects appear to be in fuller possession of their dignity.

Mapplethorpe’s numerous self-portraits, scattered tellingly through the book—in leather, in drag, in flagrante delicto—show at least that he is not asking his models to do anything he wouldn’t do himself. This is not photography as voyeurism; it is, for better or worse, photography as participant observation.

But Mapplethorpe did not stop at this. It’s hard to muster enthusiasm for the pictures of sado-masochistic rituals and paraphernalia which he began to exhibit in his final years. In these pictures Mapplethorpe frequently abandons the rigour of formal composition in favour of the defiant gesture. Here is a leather-clad man urinating in an another man’s mouth. If golden showers are not your cup of tea, this picture seems to say, then tant pis. There is something coercive, something non-consensual about such images, not so much in the event depicted in the photograph as in the relation of the picture to the viewer.

There’s a rationale put forward for Mapplethorpe’s S&M portraiture which may be summarised as follows: these are portraits of people who define themselves by their sexual tastes, so the pictures incorporate visual symbols of these tastes. In the same way that a portrait of a monarch might feature crown and orb and sceptre—so this argument goes—and that of a hunter might include guns and trophies, so sado-masochists have whips and chains and leather masks as symbols of their identity. Most people, nonetheless, will find these pictures hard to live with. Even big game hunters, one reflects, don’t usually have themselves depicted at the very moment of the kill. 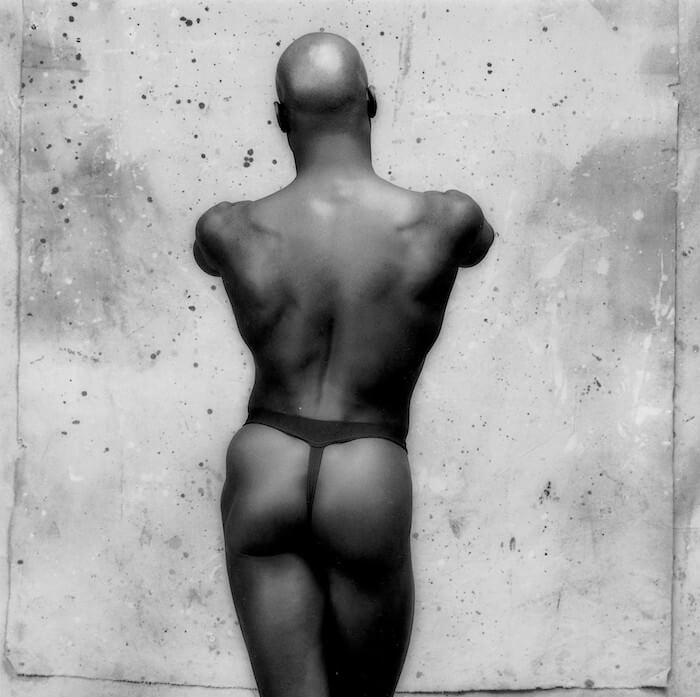 Brightness that falls from the air

Irony hovers over Mapplethorpe’s work, but there is little humour or warmth in it. No one smiles. (There’s one exception: the artist Louise Bourgeois, whose grin is as gleeful and shocking as the giant sculpted phallus she is carrying under her arm. Here is one bourgeoise who is not going to be epatée by anything Mapplethorpe comes up with.)

For Mapplethorpe, coolness is all. His photography aspires to the condition of sculpture. Models are often posed as masks or statues; a portrait thus becomes a still life. He is an anti-Pygmalion. His very last pictures are, in fact, photographs of actual statues, white marble busts bathed in light until they are translucent. Lightwise, these works are at the opposite extreme from the live black nudes which made him famous; there is a chill quality in their reduction of flesh to pale stone.

Roland Barthes, an admirer of Mapplethorpe’s work, wrote—in another context—that all photographers are, inadvertently, agents of death. Their pictures, said Barthes, serve to remind us that the moment they recorded is irretrievably gone. As Mapplethorpe himself approached death, chronicling his own decay in a series of stoical self-portraits, he seems to have reached out to the imperishable, to the inanimate, to the marble of sarcophogi. His most affecting and enduring photographs, though, are those that show the breath of life. These pictures show men—and some women—at their physical peak, impermanent, formalised, composed, catching the brightness that falls from the air. ★