Cricket, for all its tedium, has, along with the English language, a distinctly positive political function: it brings the countries of the British Commonwealth together. The nations making up this unique, multi-ethnic, post-colonial association, meet on equal terms to play one of the world’s oddest games. They include India, Pakistan, South Africa, Zimbabwe, Australia, New Zealand, Jamaica and other West Indian islands—and England itself of course. (Canada is the odd one out). 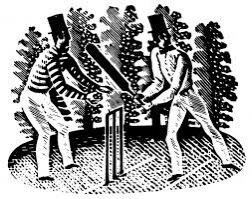 There is no colonial hierarchy here. For this reason, if no other, cricket is a good thing. So it’s disconcerting to find it suddenly afflicted with a row about race.

An article by Robert Henderson in Wisden Cricket Monthly criticises England players who are not “unequivocally English”. By this Mr Henderson means not white and not raised in Britain. They lack, he says, the sense of cultural belonging and national pride that makes for true team feeling. According to the article, “Asians” and “negroes” (Mr Henderson seems to have no problem with either of these terms, though one suspects he wouldn’t care to be referred to as a “Euro” or a “gringo”) have divided loyalties, even when Britain is the country of their birth. This ambivalence, he says, is liable to impugn what he calls the cameraderie of the changing room.

Plenty of commentators have taken issue with these wrong-headed assertions, pointing to the inspiring record of Britain’s black athletes and sportsmen, and to the unexamined Völkisch nature of Mr Henderson’s notion of race. I doubt he will be writing for Wisden again. Among more obvious objections, one is left wondering about the concept of “unequivocal Englishness”, a phrase repeated like a mantra in the original article.

Unequivocal—does this mean straightforward, without mystery or doubt or paradox? Where on earth would Englishness be without these ambiguities? Can you put your hand on your heart and tell me you are unequivocally English? I hope not. Equivocation about certain things is one of the features of whatever Englishness is. And so it should be: unequivocal nationalism is pathological. (Or so I’d have thought. Since I am English—more or less—it would clearly be a contradiction to put it more strongly.)

Mr Henderson has also been given plenty of stick for his use of the term “negro”. A generation or two ago this would not have raised an eyebrow: in the 1930s, for instance, Nancy Cunard published an engaging and unabashedly melanophile coffee-table book called just that—Negro. But black intellectuals were fighting other battles then; they were not yet systematically engaged in establishing a new habitation in the emerging world cultural system. Today, as we negotiate the clashing rocks of racism and political correctness, a bit of equivocation does not come amiss. Sometimes it’s a good idea to keep things vague.

The word “negro” is hardly hate speech, but there’s no doubt that it carries a historical whiff of slavery with it. In a civilization still coming to terms with this ignoble history, racial terminology must be a matter for negotiation between concerned parties—that is, if you want to be polite. And English-speaking black people don’t care for this term any more. At least, not when it issues from the mouths of others. So it’s a word that should be avoided, except, if they so desire, by those who could themselves be described by it.

This reciprocal principle is a practical guide to the new terrain of both racial and sexual terminology. When it comes to descriptive terms that carry a weight of prejudice, it takes one to name one. Thus you or I may be free to characterise ourselves, if we want to—and if we are such—as crippled, say, or queer; but someone else may not describe us as such unless they are prepared to include themselves in the category too, and perhaps not even then.

A reader’s letter in last week’s Time Out makes this point apropos the use of the word “dyke” in an article in the publication.

“Excuse me if I appear ignorant,” the letter-writer says, commenting on an editorial, “but isn’t the word ‘dyke’ a derogatory term?”

The writer enquires—sardonically—whether the word is now considered acceptable by Time Out because it considered to have been subverted and legitimised by the lesbian movement, or whether the staff of Time Out are just too hip to care—so right-on that they feel they are entitled to use the term without offence, whatever their own sexual orientation. 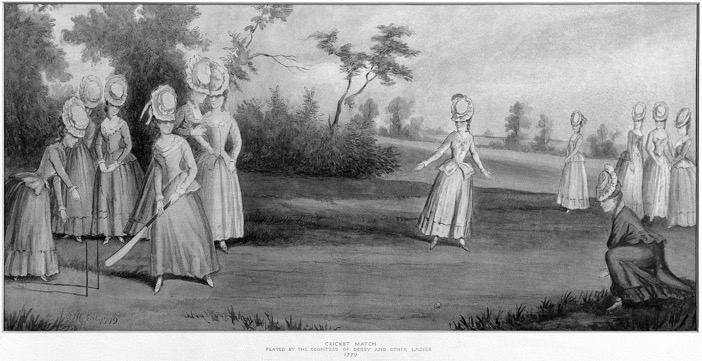 A last redoubt of sportsmanship

Mr Henderson might argue that the strategic expansion of the term “black” to include Indians from India and other non-white peoples leaves no single word available to describe people specifically of African descent. This is true, but it’s too bad. “People of African descent” will have to do. Or “partial African descent”, or “sub-Saharan African descent”, if you want to be more precise. A little inelegance may be salutary. Verbal complication serves usefully to draw attention to the arbitrariness of racial classification, either on the grounds of skin pigmentation or by selected strands of ancestry. The notion of racial classification is slippery and inexact, socially rather than biologically defined. If a sense of this can be incorporated into everyday speech so much the better.

This is not to suggest, as some have done, that Mr Henderson’s article should have been banned. He is wrong, for sure, about race, and about the nature of dissent among non-white Britons. But he does have some salient points to make about racial and cultural bias in cricketing countries other than Britain, points which most commentators have ignored. And, even if he did not have these other points to make, his views are not so utterly objectionable that they should not be heard. We need to be a bit more robust about such disagreements. Let us support the principle of free speech, even as we insist upon civility.

Cricket and civility go together. Cricket is one of the last redoubts of old-style sportsmanship. As the archetypal game of Commonwealth countries it is, among other things, a symbolic zone for the renegotiation of power relations in the post-colonial world. In my opinion it’s a tedious pastime. I’m aware, of course, that there are many people who will take strong exception to this view, who may think, indeed, that it is misguided or foolish. Perhaps Mr Henderson and his critics could find common ground in disagreeing with it. I’d be happy to be the occasion for a convergence between those with opposing views on other, more important matters: I may not care much for cricket myself, but I’ll zealously defend their right to play it. And despite being English—or maybe because, like most English people, I am not completely English—that is a position I’m prepared to defend unequivocally. ★