When does an editor become a ghost writer? An Ethiopian exile’s memoir provokes a court case in Canada. 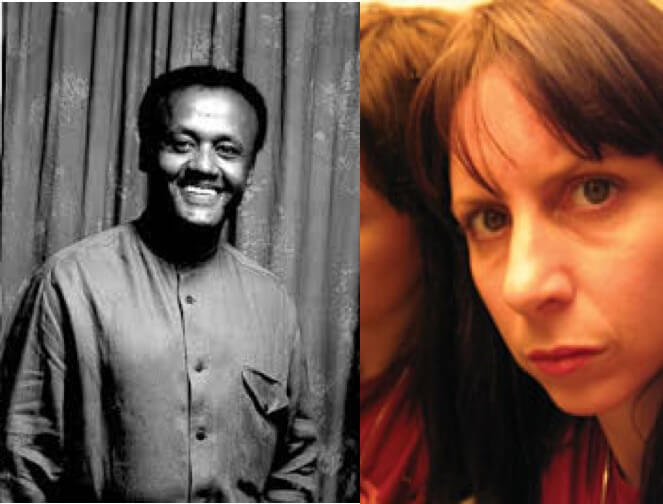 Contemporary Ethiopian writing is, by and large, a closed book to English-speaking audiences, although the novel is an established genre in Amharic literature. At this point, at the start of a new millennium (millennia mean something in Ethiopia, which is the most ancient polity in Africa), the only living Ethiopian writer to have made a literary impact outside his own country is the pseudonymous Hama Tuma, born in 1950. His The Case of the Socialist Witchdoctor, published in the UK in 1993, is a satirical denunciation of the venality and corruption of society under the communist regime in Ethiopia in the 1970s and 1980s. Filled with gallows humour and accounts of long-drawn out, imaginary court cases, his stories vividly convey the grim atmosphere of revolutionary Ethiopia.

But Hama Tuma’s book was—to all appearances—written in English and remains unpublished in Amharic; its pseudonymous author, resident variously in France and the United States, is little known in his home country. The author of Notes from the Hyena’s Belly also writes in English rather than in Amharic (or in any of the other languages of Ethiopia), and Nega Mezlekia’s book covers the same period in Ethiopian history as Hama Tuma’s. Although the book is a memoir, not a novel, it displays many of the stylistic traits of fiction. Its account of the author’s childhood and youth in provincial Ethiopia has a seductive fluency and narrative force. And Nega Mezlekia, too, is an emigré, living in Canada, where the publication of Notes from the Hyena’s Belly has recently given rise to a curious literary scandal: his editor is suing him, and he is countersuing her. Or the other way round. The key issue to be adjudicated is this: how much of the book did he actually write?

In the year of the paradox

Notes from the Hyena’s Belly certainly reveals the work of a writer—or writers—with a gift for description. A civil engineer by profession, Nega, as narrator, tells us that he was born in 1958, the son of a government official in Jijiga, a trading and administrative centre near the Somali border.

“I was born in the year of the paradox,” the book begins,

in the labyrinthine city of Jijiga. After a three-year absence, the rains had come, swelling the rivers and streams. The clay desert, dry as the skin of a drum, became green once more. Queen Menen, wife of King Haile Selassie, lay dying. She was as reluctant to leave this world as I was to leave the womb.

The town of Jijiga, the author explains, is divided between two main social groups:  Christian Amharas from the Highlands (including Nega’s family) and Muslim Somalis from the plains. It is a society where priests and magicians and medicine men live alongside schoolteachers and bank managers, where camel herdsmen share the street with four-wheel drives and armoured cars. Nega’s account of his childhood skilfully combines a sense of the local beliefs that permeated his upbringing—animal fables and antique religious practices—with a growing national political consciousness.

While he was still a schoolboy, he recounts, during the early years of the revolution in Ethiopia, a violent power struggle began at the heart of the empire between rival revolutionary groups, which rapidly spilled into other parts of the country. In the region where Jijiga is situated, there was also an insurgency by Ethiopian Somalis against the Ethiopian state, and, later, an attempted invasion by the Russian-backed army of neighbouring Somalia.

Nega Mezlekia’s account of his part in these complex events—as a student rebel, reluctant guerilla, and, latterly, displaced person, victim of war and drought and state repression—brings an unusual personal dimension to recent Ethiopian history. For the non-Ethiopian reader he offers an affecting picture of family life during these national calamities, the grim events that leap into global media consciousness once every few years, then rapidly vanish again. Notes from the Hyena’s Belly describes the tragedy of a country where to stay human—in order not to be eaten by hyenas—you may have to leave your home and, finally, your homeland.

The book is so interesting and beautifully-written—such an unlooked-for pleasure—that it seems almost too good to be true. And so, in a way, it turns out to be. In February this year the author was served with a writ by a Canadian novelist and performance artist, Anne Stone, who he employed to edit his book, and who now claims that she wrote half of it. The dispute has become a cause célèbre in Canada; Nega Mezlekia has aggressively reasserted his sole authorship of the book and is suing Stone for libel, along with two others who support her account of events.

In a disconcerting twist to the story, it seems that Stone circulated the manuscript of another book written by Nega Mezlekia. In this manuscript he describes a plot to kill faculty members of the civil engineering department at McGill University, where he was a PhD student. He, however, says the manuscript is a work of fiction and that Stone was aware of this.

The writing that Anne Stone has published under her own name, it may be noted, is experimental feminist fiction of a very different tenor from Notes from the Hyena’s Belly. Whatever the truth of her claim to be part-author of his book, it is clear that the autobiographical material and the underlying spirit of the latter work comes from Nega Mezlekia himself, though it seems quite possible that Stone deserves some credit for its narrative fluency and stylistic brio.

Where litigation is a national sport

I wonder if Anne Stone has read any of Hama Tuma’s cautionary tales. One of the aspects of life in Ethiopia brought home in his The Case of the Socialist Witchdoctor is the extent to which civil litigation is a national sport. The country’s litigious spirit is likely to express itself equally in the diaspora; in which case there’s a good chance that Mezlekia vs. Stone will be a case that runs and runs.

In the meantime, though, the trial should not be allowed to obscure the virtues of the book. From the reader’s point of view Notes from the Hyena’s Belly—ironically in view of the current stand-off—might stand as a model collaboration, a text of unusual interest emerging from the meeting point of a transnational diaspora and the unruly cross-cultural genre of autobiography. It would be reassuring to know, of course, that the events in the book did in fact occur as described, that any rewriting of the narrative has not departed from actuality, and that the book does not therefore need to be reclassified as semi-fiction. All this may be made clearer in court, in due course. A further test, of course, would be translation into Amharic and publication of the book in Ethiopia, so that that the author’s surviving peers, those still living in Jijiga and Addis Ababa, could read it and judge for themselves. ★

There were a number of editorial changes in the version of this review published in the TLS, specifically of personal names, that went unnoticed by the reviewer until after publication. The version above is the piece as it was submitted, before these alterations. Below is the text of an unpublished letter to the editor of the TLS commenting on the changes.

Sir: In my review of Nega Mezlekia’s Notes from the Hyena’s Belly: An Ethiopian boyhood (August 17) the references I made to the author as “Nega Mezlekia” and “Nega” were altered throughout to “Mezlekia”. While this may follow TLS editorial convention, the effect is nonsensical in Ethiopian terms, since Mezlekia is not a family name but the given name of the author’s father. This pattern of given name followed by patronym is, of course, normal in many African and Middle Eastern societies, those where the prevalent western institution of the invariant patrilineal surname has not been adopted. (This is also the case in some European nations, such as Iceland.) Referring to Nega Mezlekia as “Mezlekia” is like referring to Osama bin Laden as “Laden” (actually his grandfather’s name) or Harold MacMillan as “Millan”. It is like confusing Martin Amis with Kingsley Amis—ie Amis fils with Amis père. It’s time the TLS departed from this procrustean ethnocentrism.

On another, weightier matter, the anthropologist and Somalia specialist Ioan Lewis took me to task in a personal letter for my unqualified use in the review of Nega Mezlekia’s terms “sorcerers”, “magicians” and “medicine-men”. Witchcraft, Lewis wrote, is an Amhara concept (the Amharic word is buda) and does not exist as a distinct moral domain in the culture of the numerically dominant Somali population of Jijiga (Jigjiga in Somali). What Somalis recognise is spirit possession by shamanic healers known as wadaads. Most of these healers are Muslim functionaries, some of them Sufis. To reproduce uncritically the terminology of the author of the book, Professor Lewis suggested, was to appear to endorse Amhara cultural chauvinism.

It also seems that Notes from the Hyena’s Belly—perhaps unsurprisingly given its genesis—is not without factual errors. I am grateful to the diplomat and Ethiopianist Paul Henze for sending me a list of mistakes he recorded when reviewing the manuscript of the book for the publisher. Many of these, he points out, are still, nevertheless, to be found in the published version. They include the following: repetition of the now almost certainly discredited accusation that Haile Selassie had salted away US$ 1.6 billion in Swiss banks; the statement that Ethiopia had 40% forest cover at the start of the twentieth century and barely 5% at the end (this theory of the precipitous decline of Ethiopian forests is plausibly disputed); and incorrect dates for the establishment of Addis Ababa and the reign of Emperor Menilek.