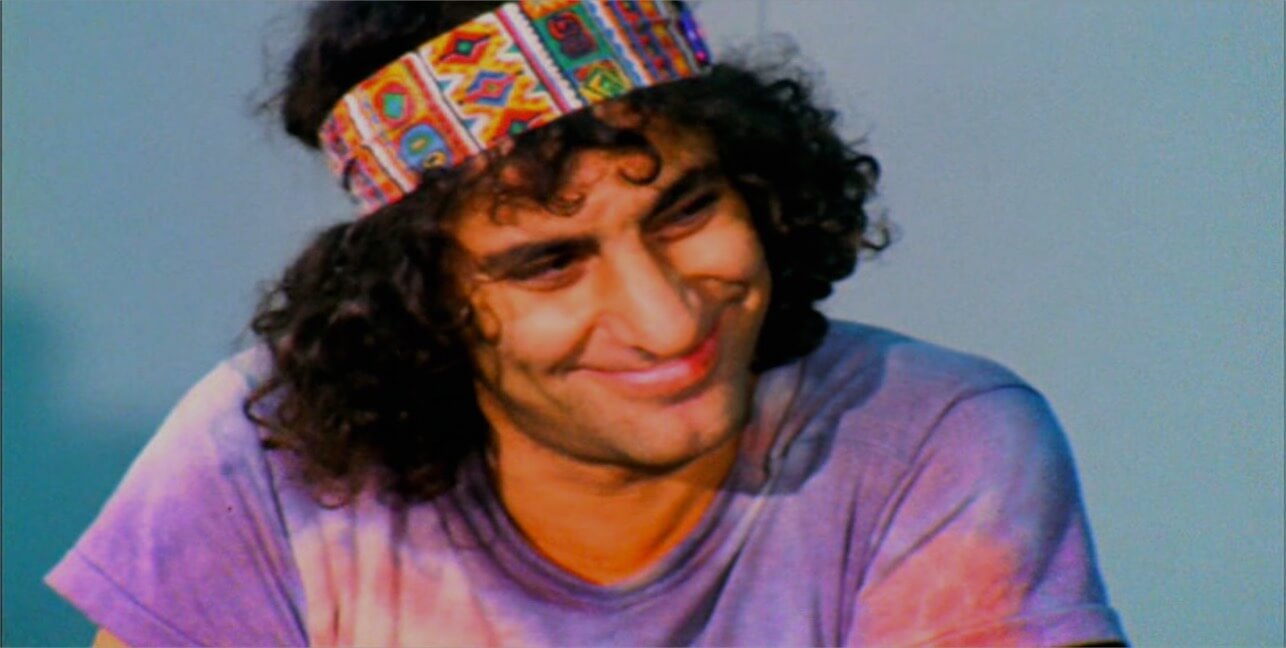 Every book lover is a bibliokleptomane. The Maasai of East Africa, it has been said, consider that all cattle in the world belong to them. Book lovers, likewise, believe that when it comes to the object of their affection the ordinary rules of property are waived. This is a love that knows no laws; possession is all that counts. And if it’s not the book itself that is purloined, then it’s words and phrases from it: borrowed, redeployed—and generally unacknowledged.

Can you say there is no stolen property on your shelves? No overdue library book? No still unread paperback lent to you years ago and never returned? Books are like livestock, like umbrellas, like pencils and pens, like socks in a launderette. They stray.

That’s if they don’t get nicked by Richard Rayner. The former Granta assistant editor describes, in The Blue Suit, a career as a book thief that dwarves the peccadillos of the common-or-garden print fetishist. It took him from Heffer’s in Cambridge to the antiquarian bookstores of Los Angeles, via a bit of breaking-and-entering in Yorkshire and Islington, making The Blue Suit a book that contains, by implication, instructions for its own abduction.

And here am I, in Waterstones in Kensington High Street, scanning the shoplifting tips in The Blue Suit, wondering whether I’m prepared to pay £9.99 to be told how I could have walked off with it for nothing—and whether, if I stole a copy, it would be a defence in court to show that I had been following instructions provided by the book itself (and whether I might then, perhaps, write a sequel, the story of my trial, and call it The Blue Lawsuit)—when suddenly I have a flash-back to another bookshop in a different place and time. 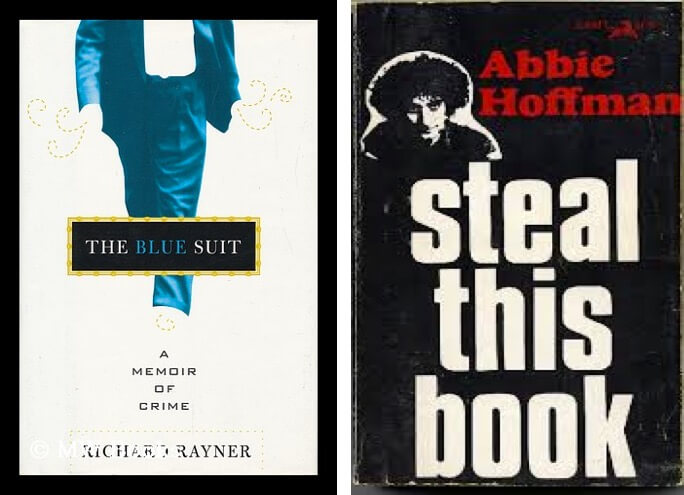 It’s 1970 and I’m in Cody’s Bookstore in Berkeley, California, looking at one of The Blue Suit’s precursors, an antinomian tract by the yippie provocateur Abbie Hoffman called Steal This Book. It’s the year of the second or third Human Be-In—a summer or two after the Summer of Love, and I am a teenager, staying in Berkeley at the house of the eponymous Fred Cody, a Bay area radical and friend of my glamorous uncle Tony.

Along with many other booksellers in the United States Cody refused to stock Steal This Book. That was until Abbie Hoffman came and explained, in person, in the hippest possible way, that he, Cody, the famous radical bookseller, was behaving like the Nazi robber barons who controlled Amerika, such that when the revolution came his store would—you know—burn, baby, burn.

Cody, radical but conciliatory—at least in this instance—sighed and took half-a-dozen copies. These, he told me, were shoplifted within the hour by people who took the title at its word. I may have been the only person in the city who actually bought one. I still have it. Beneath the title, I see, in a fit of teenage machismo—out of kilter with the spirit of the time—I wrote the following:

If You Do, You Will be Killed.

Steal This Book has no specific advice for book thieves, nor for aspirant writers. It includes now largely outdated tips for jamming cash machines and—in the phrase of the day—liberating goods from shops and supermarkets. In a chapter called “People’s Chemistry”, there is an easy-to-follow guide to making Molotov cocktails using wicks made of Tampax. The book is dedicated to a range of heroes of the left, including the Viet Cong, the Weathermen and Malcolm X. Predictably enough, there was difficulty getting it published.

“Everyone agreed the book would be a commercial success,” wrote Hoffman in his preface, “but even greed had its limits.”

Steal This Book was turned down by dozens of publishing houses before it finally appeared in a tatty, yellow-edged paperback with a bright red cover under a hastily invented imprint, Pirate Press.

Richard Rayner has clearly had no such problems with his publishers. The Blue Suit appears, with an elegantly understated jacket—in a tasteful shade of blue-grey—from Picador, an eminently respectable publishing house. The flyleaf includes the following warning:

No paragraph of this publication may be reproduced, copied or transmitted save with written permission… Any person who does so may be liable to criminal prosecution and civil claims for damages.

So we’ve been warned: don’t touch a single paragraph of Richard Rayner’s prose. Do not steal this book. Don’t step on his blue-grey suit. If you do, you may be taken to the cleaners.

Such concern with intellectual property rights is striking in a yarn about thieving books (its subtitle is “A Memoir of Crime”). Especially seeing that quite a few of the precious paragraphs in The Blue Suit—those we are so emphatically warned not to reproduce—are only three or four words long. Here’s a random selection, each in its entirety:

It was my mother.

Chrissie lit up a Marlboro.

The silence hummed. Apart from this last dodgy oxymoron, all the phrases above—all these paragraphs—could have been sampled from any book since the invention of the telephone. And you read them here: reproduced, copied, transmitted. Let’s see if they sue. (Beware, reader, they may sue you too, on the grounds that reading them anyplace other than the book itself is an infringement of copyright.)

Where does this short-paragraph technique come from anyway? Abbie Hoffmann’s own style verged on the prolix, so it isn’t from him. It can only be from Granta, where the author of The Blue Suit worked in the magazine’s hey-day. That three-word trick is fresh out of Granta’s prose kitchen: sudden, short paragraphs deployed as narrative punctuation in the manner of hard-boiled detective fiction. The origin of the technique is American crime writing: Raymond Chandler and Elmore Leonard, with a touch of Hemingway. A style heist. Why stop at nicking books when you can appropriate an entire genre?

Back in London the Waterstone’s salesman wrinkled his nose when he saw me reading The Blue Suit.

“We’ve lost half-a-dozen copies of that,” he said. “People steal books a lot. Especially in the summertime.”

I remembered walking out of Cody’s store in San Francisco a quarter of a century back, the summer after the Summer of Love—or maybe the summer after that—en route to the Human Be-In, with a receipt for $2.95 tucked into my just-purchased copy of Steal This Book—feeling more self-conscious than if I’d shoplifted it.

It was hot in Berkeley. The summer was humming. So I hummed along. The summer hummed right back. (This paragraph is copyright-free, by the way; you’re welcome to borrow or adapt it.)

As I made my way down Telegraph Avenue towards the Bay—humming as I went—I was accosted by a street hustler. He was wearing beads and sandals and an imposing afro, and a T-shirt that spelled out the word “L-O-V-E”. He tried to interest me in a second-hand Afghan coat.

Striving to be hip, speaking one short paragraph at a time—Granta-style, avant la lettre—I said:

The hustler stared at me, and the book I was carrying.

“You spent all your bread on books?” he said, staring at me,

“Man,” he said, turning away with lordly froideur, “I hope your ass freezes off in the wintertime.”

A chill fell on the sidewalk. On the street, a silence. No more humming. The summer of love was over. The day of the short paragraph had passed. The time of long sentences was upon us.  ★

Far away is close at hand in images of elsewhere

You want graffiti on your tailfin? Talk...