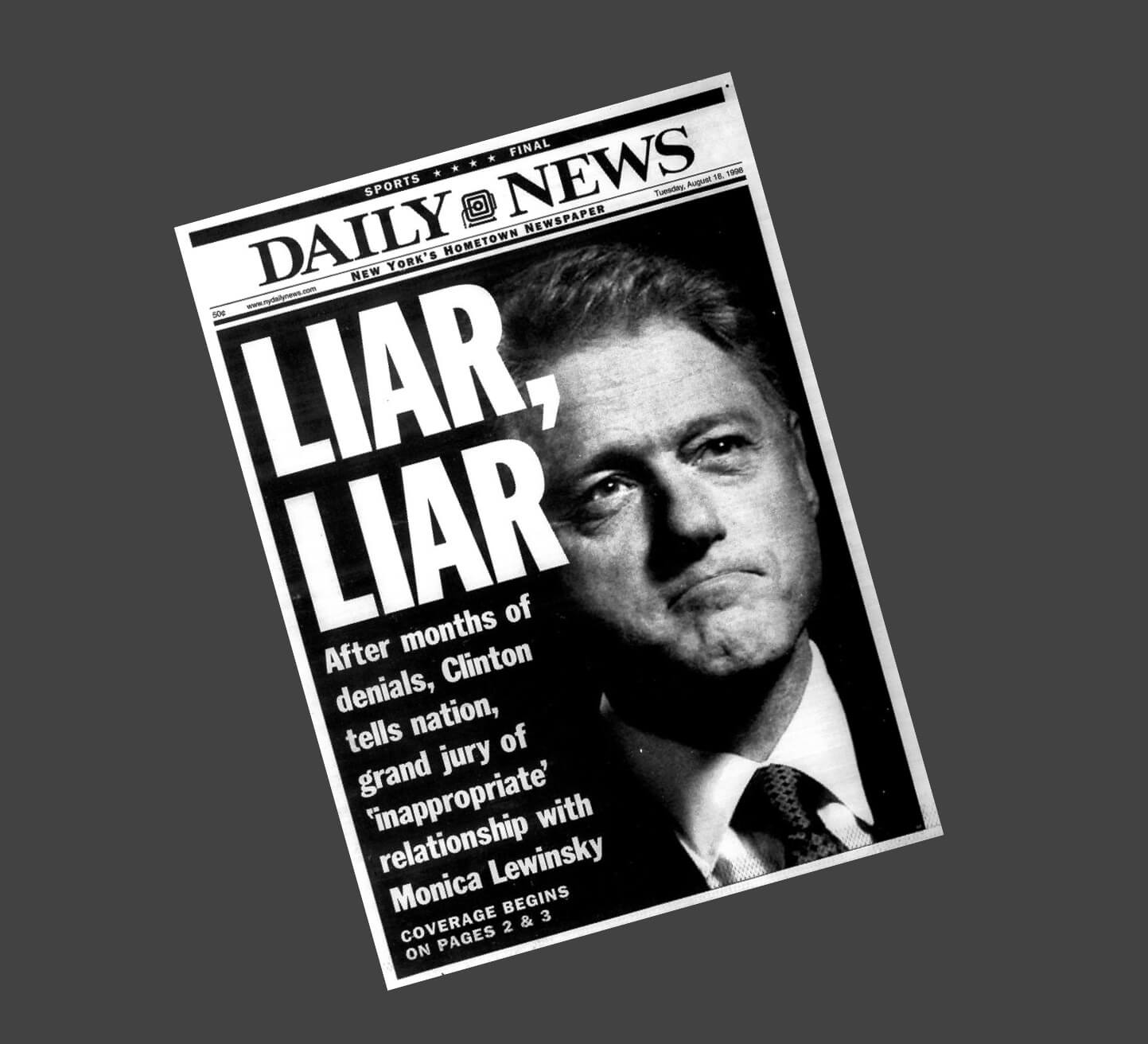 The White House sex scandal can’t be said to have advanced the cause of truth in politics; but it has staked out, for better or worse, new bounds for public speech.

Oral sex has never had so much air time, nor so many column inches. Even in the era of Deep Throat, the book and film that brought fellatio into the mainstream in the 1970s, the act itself still came wrapped in circumlocution. The phrase “deep throat” entered the language largely because it was a handy euphemism for what American men had long been doing—or dreaming of doing—with their dates at the drive-in (or with each other in the locker-room). What was lacking was a term that steered a way between the unacceptably crude and the impossibly latinate. The linguistic deficiency may have made it harder for guys to ask for what they wanted. But it also made it easier for them to lie about it afterwards.

Deep Throat was a particularly sleazy movie. Its jocular notion of the epiglottis as an erogenous zone was an excuse for routine low-grade porn; its star, Linda Lovelace, was brutalized in the making of it. But the phrase had a wit that outlasted the film. “Deep-throat” became, in fact, for a brief time in the 1970s, a verb. Later it went the way of other buzz words of the era (before ending up as whistle-blower’s not-so-well-chosen pseudonym). But no more acceptable term has appeared since. This leaves reporters on the Presidential beat today stuck for synonyms, still hesitant to spell things out.

President Clinton has taken advantage of this in trying to wriggle out of his current embarrassment. In public, exploiting a semantic loophole, he denies having “a sexual relationship”; in private, we are led to believe, his zipper does the talking.

If the President did not have an extramarital sexual relationship he seems to have had what might be called a fellationship. An Arkansas state trooper claims that the future President invoked the Bible as authority for his belief that oral sex is not adultery, a logic-chopping argument has been characterised as the Blow-job Exemption. The feminist and anti-pornography campaigner Andrea Dworkin argues that the allegations are evidence of a pathological fixation on Clinton’s part with non-reciprocal sex involving a submissive partner.

But this is surely to take a one-sided view of the history of oral sex in America. What seems to one person an extraordinary act of intimacy may, for another, be a less serious business. A blow-job at the drive-in, back in Little Rock in the 1970s, could have been a way for a girlfriend to make her boyfriend happy without going all the way. She could still claim, in a technical sense—if it mattered—to have preserved her virginity (a semantic manoeuver that would clearly appeal to a smooth operator like Clinton). Oral sex could also be a form of birth control. And these days you can add safer sex to the list. Safer not just from sexually transmitted diseases, but also, from the President’s point-of-view, safe from paternity suits. All these factors suggest that for Clinton oral sex, tacky as the arrangement was, might be not so much a fixation as a matter of convenience and discretion.

In Washington, in political circles, the original meaning of the phrase “deep throat” was eclipsed by its use as the code name for the person who spilled the beans on the Watergate scandal. The documents handed to the Washington Post reporters, Woodward and Bernstein, by their source (who, unlike Clinton’s alleged sexual partners, remains anonymous) led to the political demise of President Nixon. Conservative commentators have argued in the last few weeks that Clinton’s taste for the other kind of deep throat should likewise spell his downfall.

This link between Nixon’s nemesis and Clinton’s threatened political demise is only a phrase, but it’s a reflection of our continuing difficulty in talking about sex. As the 1970s hippie musical Hair put it:

We’ve come a long way since the 1970s, in Britain and in America. Aids has done what two decades of sexual liberation failed to do: it has brought frank discussion of sexual practice into prime time. And the health crisis, both in the UK and the United States, means that government officials have found themselves spelling out in public details of sexual behaviour they never talked about at home. The language of sexual ethics that has emerged incorporates a clinically precise set of warnings and procedures, a vocabulary derived from sources as diverse as sexual medicine and gay argot.

Yet even this shift in the effability of sex does not mean that we have found the right way to talk about it. Sex is still a zone of lies and silence. In the grip of sexual desire all of us—men and women, gay and straight, presidents and interns—are liable to be blinded. And in the country of the blind, the one-eyed trouser-snake is king. ✭