Why would I want to access e-mail on top of an African volcano?

Why would I want to access e-mail on top of an African volcano?

I spent Christmas on a volcano in Uganda thinking about e-mail.

E-mail? Isn’t the whole point of climbing mountains to rise above such high-tech, low-altitude concerns and reestablish links with rocks and stones and trees?

It may have been once. But not any more.

These days, as we approach the millennium, serious mountaineers carry with them the kind of communications equipment formerly reserved for GCHQ and the Pentagon. They have global positioning systems that lock onto satellite broadcasts and give terrestrial coordinates down to three decimal points of a minute—a few thousandths of a degree of latitude or longitude. And they have satellite telephones that can make calls from anywhere on the earth’s surface. And digital camcorders that send real-time video over the satphone (if, that is, if you happen to be a qualified electrical engineer, with deep pockets and a full range of connecting wires in your backpack.)

It may be foolish to worry about these things on safari, but it’s no longer unusual. E-mail is just part of it: the high peaks and mountain ranges have been claimed for the empire of digital information. Dish receivers are perched on cairns where solitary climbers once placed mute stones. The most remote and perilous mountain ascent can be broadcast live.

And death, too, can be broadcast. Last year a climber on Everest was trapped by a snow storm. As he lay dying of exposure below the South summit of the mountain, beyond the reach of rescuers, he had a final conversation, via radio telephone, with his wife at home in New Zealand. Another climber on the same expedition, a New York socialite, had arrived at Everest Base Camp with two laptops and an expresso machine. She had Vogue delivered to the camp by courier. (When the storm came, though, it was a Sherpa who saved her life, not superior communications technology.) 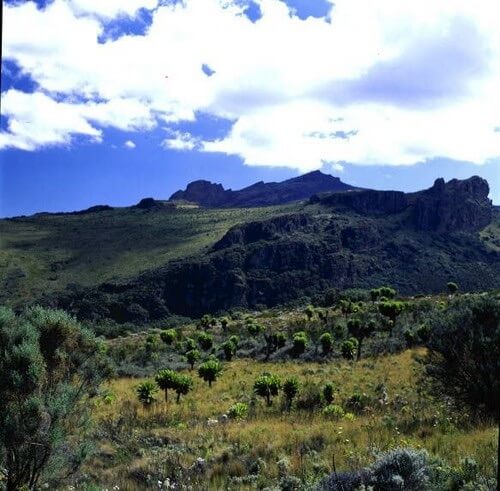 In our ascent of Mount Elgon—a mountain roughly half the height of Everest—my friend Philip Winter and I carried, not Vogue, but an old copy of the East African, which weighs a good deal less and lights fires better. And we made do with a saucepan and a strainer for coffee. The e-mail problem proved intractable, even at lower altitudes. Torrential rain and a thriving black market in copper wire have been playing havoc with land lines in Kenya. Before we set off I spent a good part of a day struggling with the last payphone in Mbale District, across the border in Uganda, trying to file last week’s column. But without success: my apologies for its absence.

If I’d had a satphone (US $3,500; calls at three dollars a minute, about two pounds in weight), I’d have been tempted to take it on the mountain, along with the saucepan and the tea-strainer, just to see if I could do e-mail from up there. Laptop, satphone, camcorder, solar panel: a home office in a rucksack. In a tent on a 14,000 foot volcano. Yes, I’d have tried it.

An ancient heavenly connection to the starry dynamo of night

But it’s a mad idea. Lugging all that electronic gadgetry—which would almost certainly fail to work—in order to stay in touch with the world we had gone to such lengths to leave. What about the world we had come to see? The unique land forms and flora of Mount Elgon? The giant lobelias? The groundsel trees? The bushbuck in the thicket? The buzzards wheeling in the sky? The evening sun on the high peaks? The moorland bright with vast sheets of everlastings, flowers so brilliant that the afterimage lingers when you close your eyes to sleep? Forget about e-mail. What about the ancient heavenly connection to the starry dynamo of night?

Part of me yearns for gadgets, all the same. Is it just because I’m a bloke? It seems not. The lady with the laptop on Everest was not a bloke. The lure of the new communications technology is not gender-specific. In this case it has more to do with the narcissism of people in the news business, fixated as we tend to be by the speed of dissemination of our work. Or maybe it could be seen in a more creditable light: that we are striving, rather, to confront and describe these same marauding technologies on behalf of the reading public as they sweep through all our lives. 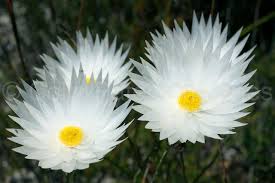 Coming down from Mount Elgon on the last day of our trek we met a pair of cattle rustlers. They were barefoot but well-armed, with AK47s and bandoliers of ammunition across their shoulders. Outlaws, preliterate, they were excluded from the world of computers, of e-mail and telecommunications. But they were not immune to the lure of automatic weapons—for them a more useful branch of modern technology.

The ubiquity of small arms like those the cattle raiders were carrying has brought instability and endless conflict to large areas of contemporary Africa. For pastoralists and poachers, even for ordinary citizens trying to defend their lives and property, a gun has become indispensable—in the same way that e-mail has for the rest of us. But it has not improved their lives. They were better off with spears. And we were very likely better off with envelopes and postage stamps.

Coming down from the mountain, far below us, in the distant town on the plains, the sun gleamed on satellite dishes atop hotel roofs. It glinted on the magazines of the cattle raiders’ Kalashnikovs. It shone on the flower-covered slopes of the mountain. As we made our descent I wondered if new communications technology might not turn out to be just as addictive and destructive for us in the rich world as modern weapons technology has been for the inhabitants of Eastern Africa.

It had been a long walk, though. I was too tired to think straight. Either about guns or phones. Or e-mail. When I closed my eyes all I could see was hillsides bright with flowers. ★

The satphone operator Immarsat lent me a satphone for a subsequent visit to Uganda. With the same bulk and weight as a laptop computer, it was still not quite light enough to lug up a mountain. And though it worked perfectly for voice calls, the bandwidth was too narrow to download e-mail. (Bandwidth improved rapidly in subsequent years.)

1999 saw the launch of the first lightweight global satellite telephone network, Iridium, which promised improvements over Immarsat. But Iridium went bankrupt in March 2000. Their sixty-six satellites began to fall from orbit, cutting off two Norwegians skiing from Russia to Canada across the North Pole and a Frenchman rowing across the Pacific. A spokesman for the Norwegian skiers said that one advantage of the collapse of the network was that they would be able to discard the phones and batteries from their already overloaded sledges.

Iridium was revived a year or two later. And a rival, Thuraya, offered lightweight phones and coverage in old world tropical latitudes. In the following decade Thuraya expanded to large areas of the world. For better or worse, we are well on the way to a world of ubiquitous mobile communications, on mountain peak, ocean wave, and the desert’s dusty face.