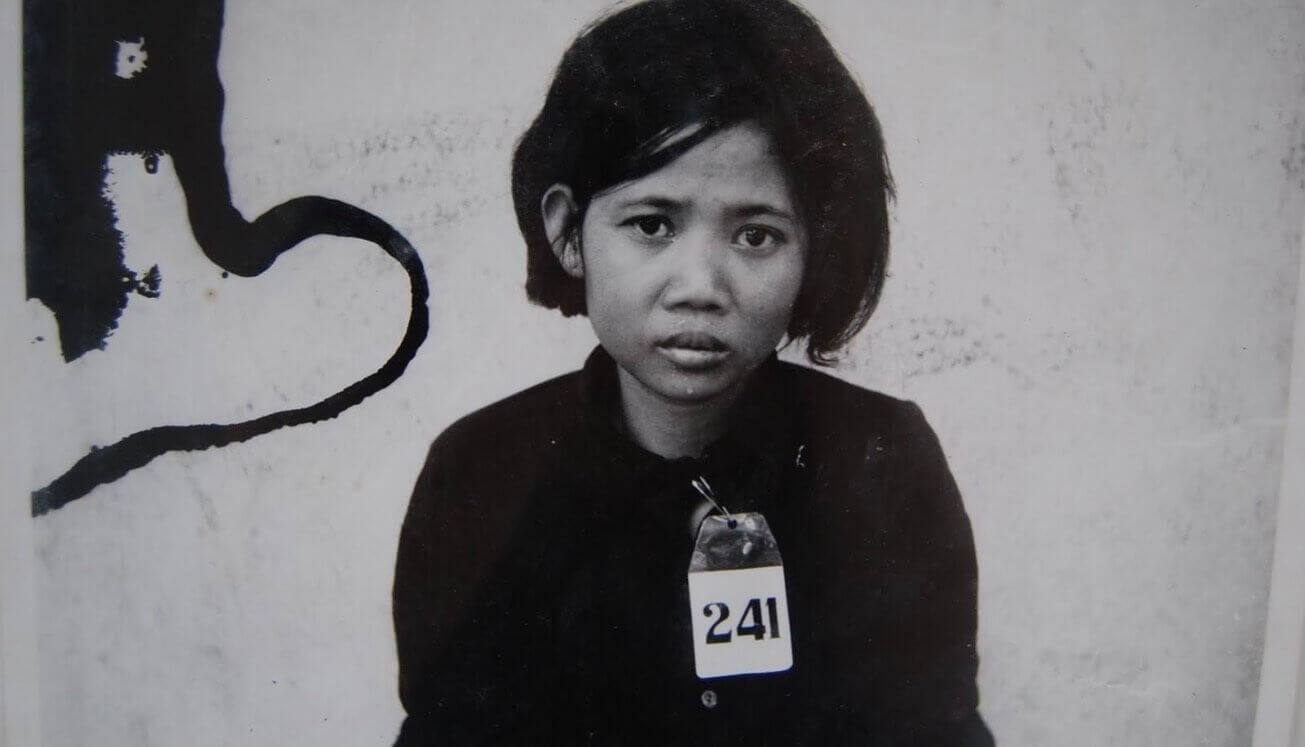 A quarter of a century on, the mass killings in Cambodia still hold the world record for state terror. No government has murdered a greater proportion of its citizens: one in five of all Cambodians died at the hands of the Khmer Rouge, more than 1.5 million people. Yet three decades later not one of the perpetrators has been held to account. Some, such as Pol Pot—Brother No 1, as he was officially known—are dead, but other high-ranking former cadres hold key positions in the current Cambodian government. A joint Cambodian–international war crimes tribunal was announced two years ago, but it is compromised, according to human rights organizations, by the majority role it gives to members from the notoriously corrupt Cambodian national judiciary. And it has still not started work. 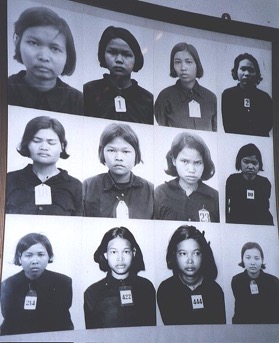 This is not for want of information. The Cambodian genocide has been extensively documented. One of the most compelling pieces of evidence is the collection of photographs found in Tuol Sleng, the secondary school turned torture centre in a suburb of Phnom Penh, the capital. Tuol Sleng was the centre of a secret network of prisons where the Khmer Rouge (which ruled Cambodia between 1975 and 1979, under the name of Democratic Kampuchea) detained and tortured to death tens of thousands of their countrymen. The victims were accused of a litany of concocted crimes that usually involved espionage for the Vietnamese, or the CIA, or the KGB– sometimes all three.

When the invading Vietnamese army entered Phnom Penh in 1979, Tuol Sleng was abandoned, leaving instruments of torture, rotting corpses, bloodstained rooms, records of forced confessions—and thousands of photographs of prisoners who had passed through its gates en route to death. This grim record of suffering is the starting point for two illuminating books about Cambodia, one by a photographer, the other by a human rights researcher 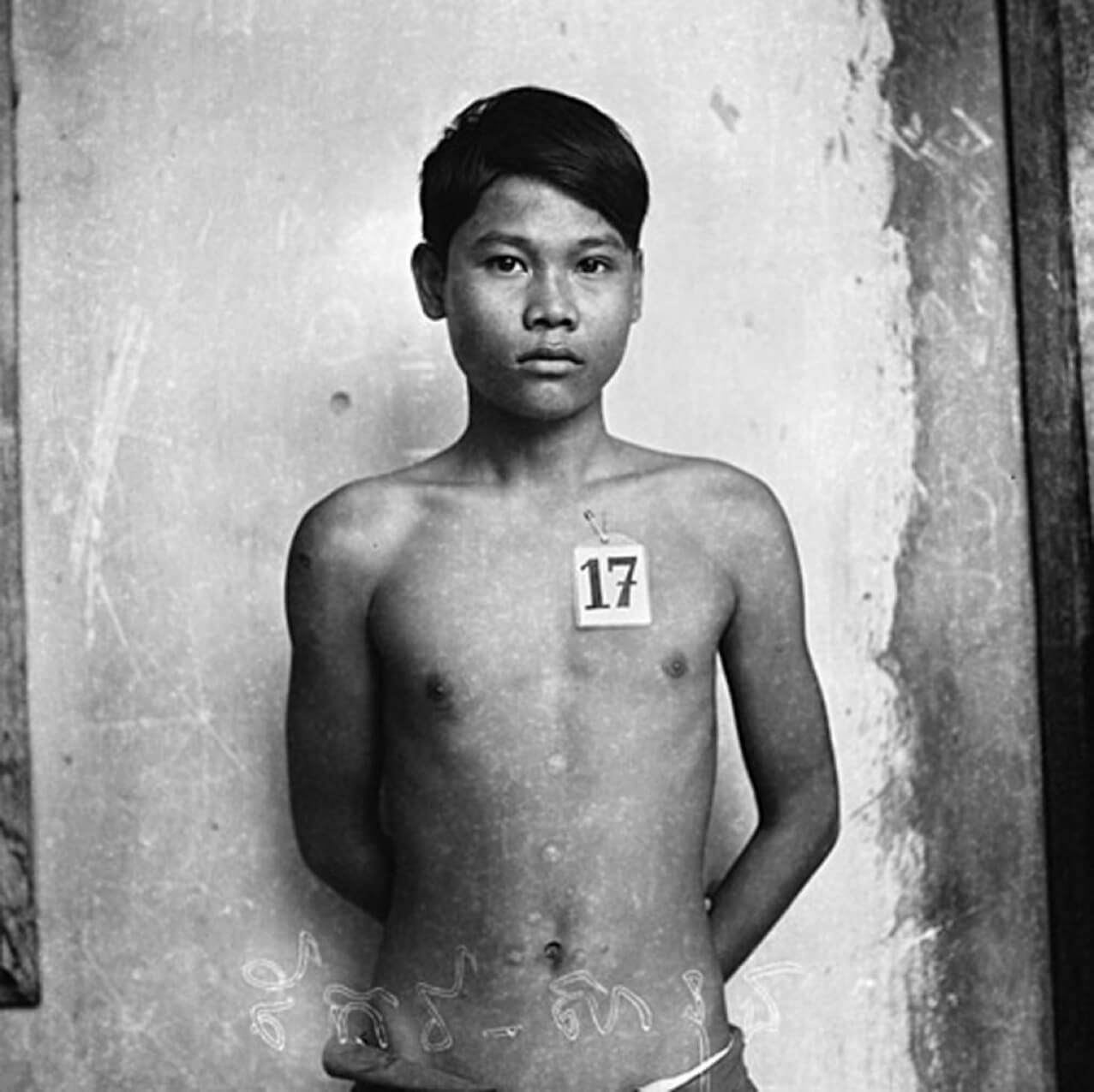 The lessons of Tuol Sleng

Tuol Sleng itself has been made into a museum. It is now a stop on the tourist trail. Cells and torture rooms are open to the public. The photographs of former inmates are displayed on the walls: mothers clutching children, a boy with a padlock round his neck, a young man stripped to the waist, a number pinned directly to the flesh of his chest. Of the 14,000 prisoners who passed through this terrifying place, fewer than a dozen survived. In a bizarre display of necrokitsch initiated by the Vietnamese, hundreds of skulls of the dead are displayed there today in the form of an enormous map of Cambodia.

It’s impossible to visit Tuol Sleng without being haunted by the pictures of those who died there. In an age of genocide, where the horrors of Democratic Kampuchea have been succeeded by those of Rwanda and Darfur, when the greatest danger faced by the people of many countries is their own government, these images continue to reverberate beyond borders. The subsequent failure of justice in Cambodia, despite a huge international presence in the form of UNTAC, the UN mission that administered the country for 18 months in the early 1990s, prefigures the repeated failure on the part of the international community to prevent or punish other cases of pathological state violence.

For Nic Dunlop the pictures have a further significance. He is a photographer with a 15-year career as a chronicler of the Cambodian civil war and its aftermath. For him these photographs have become a symbol both of the haunting power of images and of the failure of documentation—including his own photographic work—to do anything to overcome the moral expediency in international relations that impedes the search for justice. The Lost Executioner is the story of Dunlop’s search for Comrade Duch, also known as Brother Duch, who was the commandant of Tuol Sleng, and his discovery in 1999, based on a chance encounter and an old photograph, that Duch was living in Cambodia under a new name, as a Christian convert, and working for a American aid agency. The story is interwoven with the history of modern Cambodia and Dunlop’s own experiences there. His book is an example of a rare genre: a reflective work by an accomplished photographer who is also a talented writer. 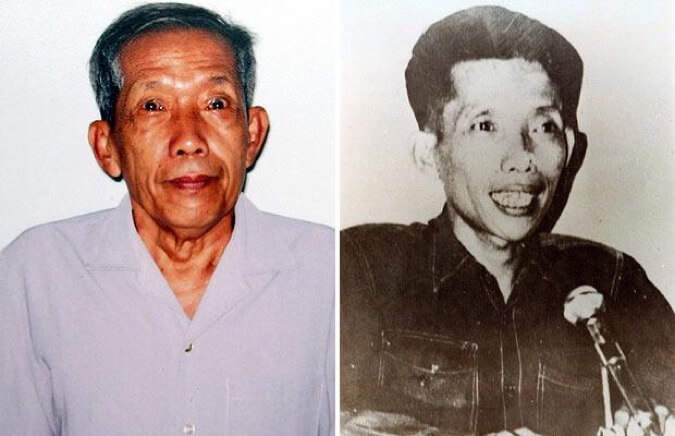 When he first visited Tuol Sleng, Dunlop explains, it gave him a sense of purpose. He returned to the UK, lobbied MPs, exhibited his photographs and joined protest campaigns. Today, he writes, that sense of urgency has given way to helplessness at the enormity of what happened and at the fate of contemporary Cambodia, a country that emerged from pathological isolation only to be afflicted almost immediately with all the ills of modernity: endemic corruption, political violence, child prostitution and the worst HIV-Aids epidemic in Asia.

Yet Dunlop’s unmasking of Duch—a feat of visual recollection that perhaps only a photographer could achieve—is to some extent a contradiction of his own sense of powerlessness. It is as a result of Dunlop’s actions, after all, that Duch now awaits trial, one of the few Khmer Rouge cadres actually to be in detention.

For Peter Maguire, also, Tuol Sleng is a symbol of an enduring failure. Maguire is a human rights researcher whose experience in Cambodia has led him to question some of the basic suppositions of the human rights movement. The barriers of history and culture are greater than we acknowledge, he suggests, and we have to face the possibility that the idea of a universal canon of justice may be a fiction overlaid on a reality that is too dark to contemplate.

Facing Death in Cambodia is a scholarly, yet personal narrative of Maguire’s own research and the intellectual and ethical dilemmas faced by human rights activists in Cambodia and elsewhere. It offers restlessly self-critical accounts of his interactions with Cambodians, including Nhem En, who took many of the photographs at Tuol Sleng and who later took to hawking his pictures and selling interviews to western journalists, until his recent death from Aids. The awkward but intimate relations that develop between local informants and foreign researchers are portrayed here with fluency and salutary unease.

In recent years the Tuol Sleng pictures have been published widely outside Cambodia, displayed in galleries and printed in glossy photographic books. These passport photos for the afterlife, as Maguire calls them, have acquired the dubious cachet of art. Nhem En took great pride in the technical perfection of his photographs. This, it may be surmised, was a form of refuge from the responsibility of having taken them. Their wider publication, Dunlop warns us, risks complicity in the aestheticisation of violence. These are pictures that urgently require the contextualisation that Dunlop and Maguire provide. With their careful attention to the spoken words of Cambodians and serious engagement with their world view, their two books make a significant contribution to the understanding of this unlucky country, past and present. There may be no justice for the victims of the Khmer Rouge in the here and now, but books such as these will inform the verdict of history. ★