There are still heroes, but not in the UN. 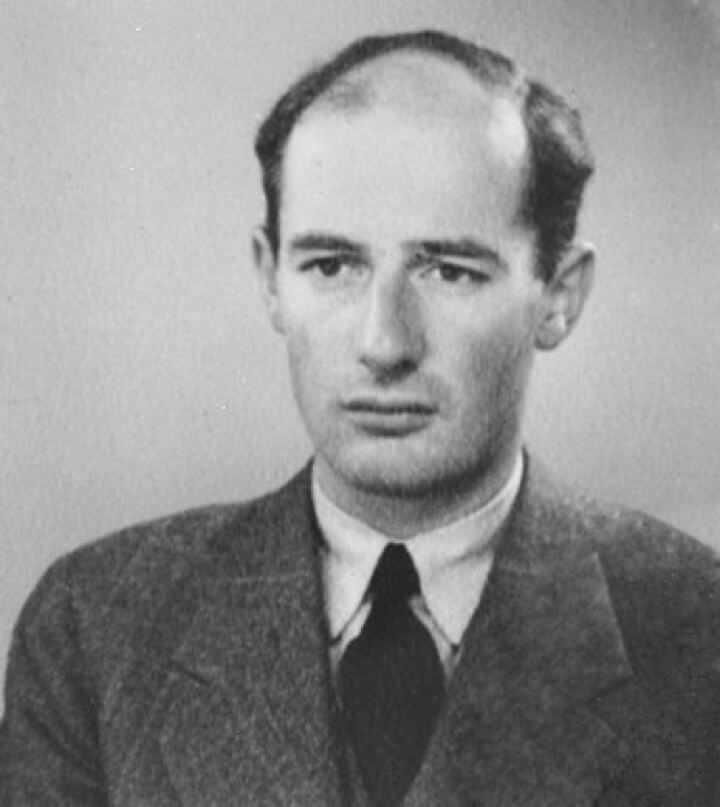 Last week Kofi Annan, the recently-appointed Secretary-General of the United Nations, visited London for the unveiling of a memorial to Raoul Wallenberg, the Swedish businessman who saved tens of thousands of Hungarian Jews from Nazi death camps during the last years of the Second World War. 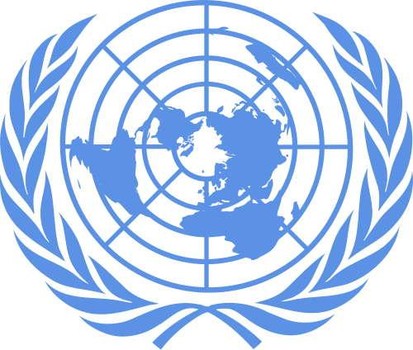 From 1942 to 1945, acting on behalf of President Roosevelt’s War Refugees Board, Wallenberg deceived, bribed and blackmailed Hungarian and German officials in Budapest to allow him to put Jews in safe houses under Swedish protection until the war ended. He even outwitted Adolf Eichmann, telling him to his face that the Nazi state was doomed.

But having successfully defied one totalitarian system, Wallenberg fell victim to another. Detained by the Russians as they entered Budapest at the end of the war, he vanished into the Soviet gulag, never to emerge.

Wallenberg is already commemorated at Yad Vashem, the Martyrs’ and Heroes’ Remembrance Authority outside Jerusalem. He is one of several hundred non-Jews who have carob trees dedicated to them in the Avenue of the Righteous Gentiles, the road that leads to the Holocaust Museum. The new monument to him in London, outside the Western Synagogue near Marble Arch, is the result of a decade of campaigning by a British MP, David Arness.

The monument consists of a larger than life-size bronze figure of Wallenberg standing against a high wall, clutching books beneath his overcoat. Behind the wall are sculpted stacks of the ornate bogus documents Wallenberg issued to Hungarian Jews that saved their lives. The air of muted heroism is appropriate enough. Despite recent revelations about his family’s commercial links with Nazi Germany, Raoul Wallenberg’s own reputation remains intact. He was truly a righteous Gentile, the Scarlet Pimpernel of Budapest; without him many people, including a number who were present at last week’s unveiling ceremony, would have died.

In the present era of genocide and ethnic cleansing, in Europe and beyond, the question arises: where are the Wallenbergs of today? It was a question Kofi Annan himself asked at the unveiling. Annan’s presence at the ceremony was not only in his UN role; he is married to Raoul Wallenberg’s niece, so his enquiry had a personal dimension.

“What was it,” he asked, “that compelled Raoul to take such extraordinary risks? Why are there so few Raouls ?”

One reason there are so few, it has to be said, is that the UN system that Annan heads does not encourage the kind of risk-taking that Wallenberg was prepared to engage in. Success in the UN system comes, on the whole, from keeping your nose clean, from not rocking the boat. As a result many of its component organisations are staffed by time-servers. Kofi Annan is a product of this system. Can he clean out the Augean stable? Would a maverick like Wallenberg be able to get a job in the UN today? And would it be a good thing if he could ?

There’s been one sign that Annan is prepared to stick his neck out a little: the appointment of Mohammed Sahnoun as his special representative for Central Africa. Sahnoun was ousted from his last job as UN representative in Somalia because he openly criticised the record of the UN there. He had no US support either. Neither Sahnoun’s new job nor his old one, however, call for the kind of bravery displayed by Wallenberg. They demand not physical courage and self-sacrifice, but patient diplomacy and ethical consistency. To find occasion for Wallenberg’s combination of bravado and moral authority you need to go outside the UN system.

One candidate put forward for elevation to heroic status in the Humanitarian faith is Fred Cuny. He was the Texan aid worker who fixed the water supply in Sarajevo in 1993. A Red Adair of the aid world, Cuny was a believer in the short, sharp intervention, turning up anywhere there was a humanitarian crisis. Not averse to publicity, or the whiff of espionage that attached to him, he revelled in the nickname “Master of Disaster” that he earned during his exploits in the Balkans and elsewhere.

Like Raoul Wallenberg, Fred Cuny was swallowed up by the former Soviet empire: two years ago he disappeared on a mission to Chechnya, probably killed by Chechen rebels who thought he was in cahoots with the Russian government.

And there is Chris Howes, a mine clearance expert working for the British Mines Advisory Group, who was kidnapped by the Khmer Rouge in Cambodia a year ago this month. Brave in his everyday work as a mine clearer, Chris Howes was still more courageous as a captive, volunteering to remain as a hostage while his Cambodian staff were freed. Like Wallenberg, like Fred Cuny, Chris Howes’ fate is not known for certain. As of the time of writing, early 1997, it is possible he is still alive.

I met both Cuny and Howes a number of times. They were impressive people in very different ways. Cuny was big and talkative; Howes self-effacing. Cuny was an enthusiast; Howes quiet and competent. But they were brave in a comparable way: they really were humanitarians; both knew why they took the risks they did and took them knowingly. 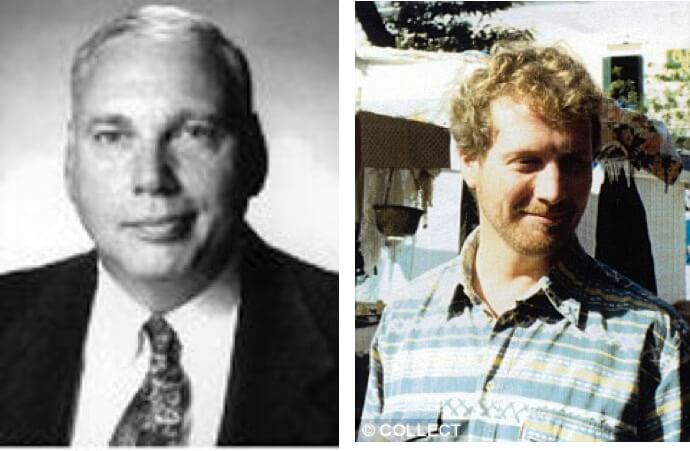 There are many other candidates, equally deserving, whose lives of dedication have not thrust them into the limelight. Undeniable instances of heroism have emerged from the greatest of current catastrophes, in Rwanda. But to find them it is necessary to look outside the ranks of the aid workers, outside the realm of humanitarianism as such. In Rwanda there were individual Hutus who risked their lives—and sometimes lost them—in the attempt to save their Tutsi neighbours. In many cases their names will never be known: both they and those they sought to protect are dead.

Among these righteous Hutu are the late Sister Felicité, who refused to leave her Tutsi fellow nuns when the Hutu militias gunned them down in church. And there is Father Oscar, a Hutu priest who saved hundreds of Tutsi men who had been refused sanctuary by his own bishop. Herded into a football stadium, the Tutsis were awaiting slaughter by Hutu militiamen. Father Oscar smuggled hundreds of them out on the pretext that they were ill. Then he bribed the local militia to take them to places of safety. Like Wallenberg, he supped with the devil to save the innocent.

And there were devils even in his own community–priests who participated in the genocide. This may be why the Catholic Church has not made more of an issue of the bravery of Father Oscar and Sister Felicité and their like, why it is hard even to find a photograph of either of them. But they and their like should be remembered as we remember Raoul Wallenberg. If there are still heroes, they–as well as Fred Cuny and Chris Howes too–are surely among them.

Chris Howes, it turned out, was killed with his interpreter, Houn Hourth, shortly after their capture by the Khmer Rouge, though it was many years before the facts were established beyond doubt. In 2008, twelve years after their deaths, three former Khmer Rouge rebels were convicted of their murder. A street in

Fred Cuny’s life was the subject of a book by Scott Anderson, The Man Who Tried to Save the World, published in 2000. Anderson concluded that Cuny was probably killed by Chechen rebels, but the circumstances of his death remain obscure.

Raoul Wallenberg’s fellow diplomat, Per Anger (whose contribution to rescuing Jews in Budapest may have been as great, if not greater, than Wallenberg’s own), dedicated much of his life to seeking his colleague’s release. In December 2000 the Russian government made an acknowledgement of wrongdoing in the death of Wallenberg, but provided no further details of his fate. Per Anger died in 2002.

Sérgio Vieira de Mello, the Brazilian UN official who was killed in a terrorist bomb attack on the UN headquarters in the Canal Hotel in Baghdad in 2003, was an exemplary international public servant who may be exempted from the strictures made in the article above regarding the institutional culture of the UN. I met Mr de Mello when he was in charge of the repatriation of Cambodian refugees from Thailand and—at the same time—administering a landmine clearance programme in the country they were returning to. These were challenging tasks that he brought as close as possible to a successful conclusion. His life is the subject of Samantha Power’s Chasing the Flame: One Man’s Fight to Save the World .