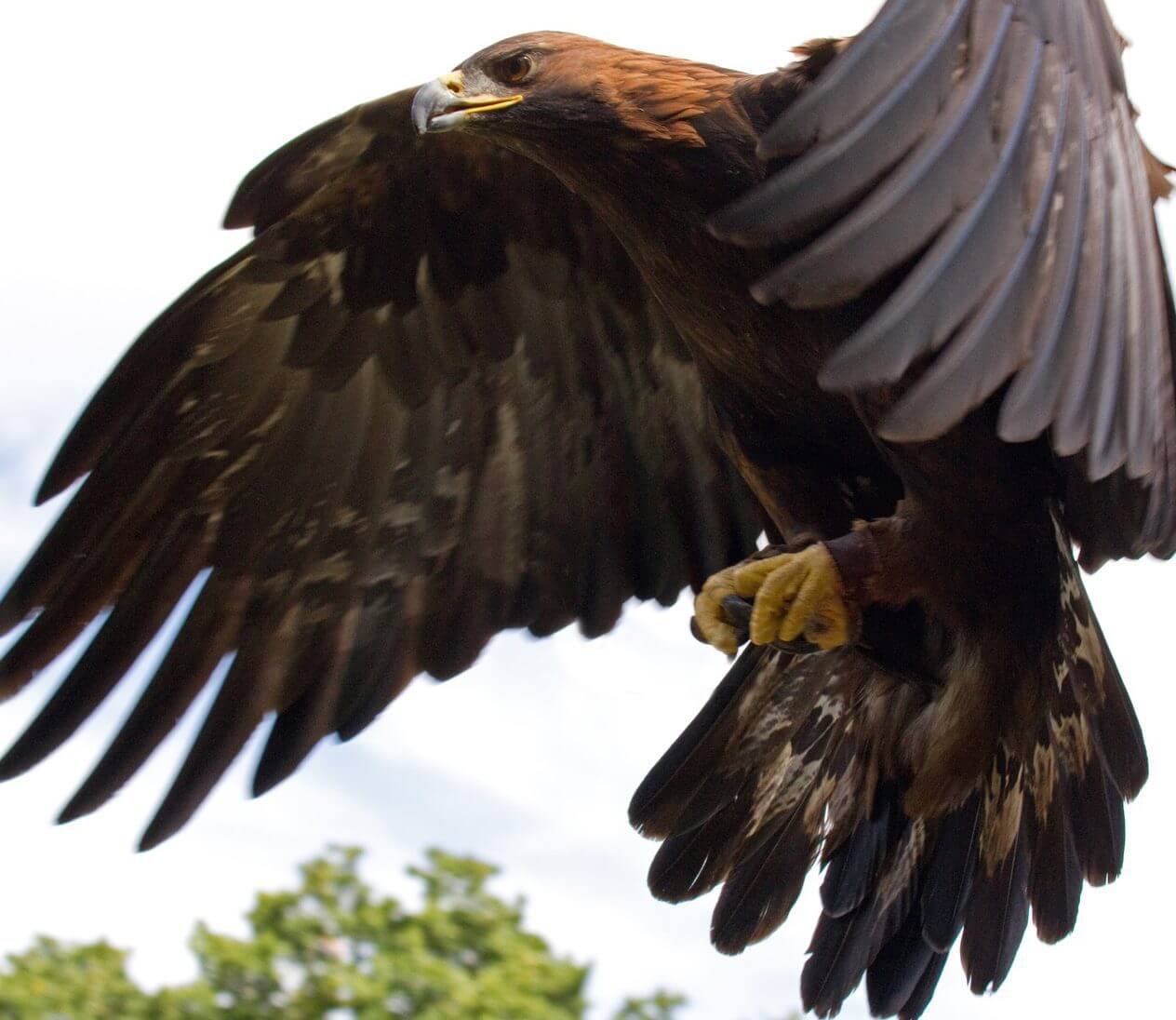 In my home town there’s a monument to a man who tried to fly.

It was in 1739, according to the marker in St Mary’s churchyard, in Shrewsbury, that a 28-year old steeplejack by the name of Cadmon attempted to launch himself across the River Severn from the spire of the church. He came to grief, the memorial tells us, not for want of skill or courage, but due to a technical error.

The house in Shrewsbury where I spent the first few years of my life stands a hundred yards from St Mary’s church. And the words of Cadmon’s epitaph may have sunk in. Despite sharing the general human fascination with mechanically unaided flight, I’ve never got far with hang-gliding, paragliding, free-fall parachuting or the other things people do to make themselves feel at home in the air. I’ve just been in Kenya, though, where I paid a visit to Simon Thomsett, the Birdman of the Athi Plains, who runs a sanctuary for hawks and eagles and other raptors, and often contrives to be airborne himself. Talking to him has made me want to try flying again.

My father is a lover of birdlife, and before I was of an age to read epitaphs in churchyards I was walking with him in remote areas of Scotland and Wales, watching kestrels and falcons and other masters of effortless flight. We watched golden eagles on the Isle of Skye and red kites on Yr Wyddfa and Pumlumon (Snowdon and Plynlimmon to the English).

Later the study of English literature led me to Gerard Manley Hopkins, and to “The Windhover”, a poem whose lyricism eclipses the lines by the necrologist of St Mary’s.

I caught this morning morning’s minion, king-
Dom of daylight’s dauphin, dapple-dawn-drawn Falcon, in his riding

These lines from Hopkins’ paean to the kestrel speak to our raptor-envy, the part of us that yearns to soar. For Hopkins—a Catholic monk—the symbolism of the windhover went beyond this: for him the bird was an emblem of godhead. (And according to a footnote in the most recent edition of Hopkins’ collected poems “windhover” is a genteel version of an old northern name “windfucker”, indicating a still more intimate and vibrant relation between bird and air.)

In Kenya, Simon Thomsett’s thatched stone house on the savannah, forty miles outside Nairobi, is home to a constantly changing collection of orphaned and injured eagles, falcons, hawks and owls. When I went there last month I found him with curved needle and catgut in hand, sewing up a wound on the wing of a sooty falcon. The falcon had been attacked by a tawny eagle. This was a not altogether unjust fate considering all the bee-eaters, rollers, crakes and hoopoes that it had doubtless eaten in its time (falcons and kestrels prey, to a considerable extent, on other, smaller birds). But its cries were piteous. Simon said it would never fly again. Even his pet wild cat looked sorry. 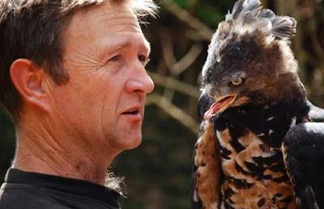 On perches at the back of Simon’s house there is an astonishing array of birds of prey of all kinds. There are crowned eagles, lanners and a Verreaux’s eagle, the latter a creature so perfect in flight that, observed in the wild, it seldom seems to move its wings at all, rising on the thermals and banking off the wind in an endless glide along cliff-faces in search of small furry animals to consume.

Sometimes Simon has a martial eagle in his care. This bird is Africa’s largest raptor. It eats monkeys. When it swoops down to land on your gloved wrist its wings block out the sun; the weight of it pulls down on your outstretched arm like a kingfish on a line. You pray that its talons will not find a hole in the thick leather glove that protects your hand.

For years Simon has been patching up raptors and raising their young in a lone attempt to keep their numbers up in the face of habitat loss in the region. Recently he nearly did himself in, victim of a desire to emulate the creatures he has dedicated his life to. He acquired a flying machine, a quaint Gothic version of an autogyro, like the one in the movie Mad Max II. It crashed into a tree soon after take-off; Simon was lucky to escape with damage to his lower vertebrae.

There’s a saying that goes, If God had meant men to fly, he’d have given us wings. But the saying has a coda: If he’d meant men to stay earthbound, he’d have given us roots. The day of my visit to Simon’s sanctuary, after he had finished feeding his hawks, he took me out to look at the wreck of his autogyro, crumpled and mute beneath a thorn acacia. Despite the danger, despite my own vivid childhood picture of Cadmon’s fatal flight, I understood the attraction all too well. The machine had not yet been repaired. If it had been—and if Simon had let me—I’d have gone for a spin in it at the drop of a hat. ★

A couple of years later, Simon Thompsett got himself a fixed-wing aircraft, a miraculous two-man machine built from a kit and powered by what looks like a motorcycle engine. It can take off and land on just fifty yards of road. One windy day in the dry season we flew over the ranch where he lives, swooping down to look at a litter of new-born hyenas and a herd of eland. Afterwards, Simon told me he’d had to make a forced landing a few weeks earlier when the engine cut out in mid-air. That, he noted—and here’s a word to the wise—is why fixed-wing planes are a better idea—they can glide when the engine fails, while rotor-driven machines like his old autogyro are liable just to fall out of the sky.