Warriors of the White Nile

Warriors of the White Nile is an illustrated account of the day-to-day life of the Agar Dinka, an agro-pastoralist community in Lakes state of South Sudan. The book is based on anthropological fieldwork conducted in 1981, shortly before the outbreak of the second civil war in Sudan (1983-2005).

It presents key aspects of Dinka culture for a general audience, including the economic and symbolic importance of cattle, and their role in articulating and extending networks of kinship.

The book follows the inhabitants of a single village, Pacong, and their annual movement between the village and nearby dry-season cattle camps. It describes the agricultural cycle and the activities associated with livestock husbandry during the dry season and the rains.

Warriors of the White Nile includes accounts of feuding and cattle-raiding, courtship and marriage, the rituals at a celebrated Agar religious shrine and the work of traditional authorities in the law court in the village of Pacong.

First published in the 1980s, Warriors of the White Nile is a unique account of an agro-pastoralist community with an enduring way of life that has survived the shock of war, but is now again on the brink of radical political and social change. 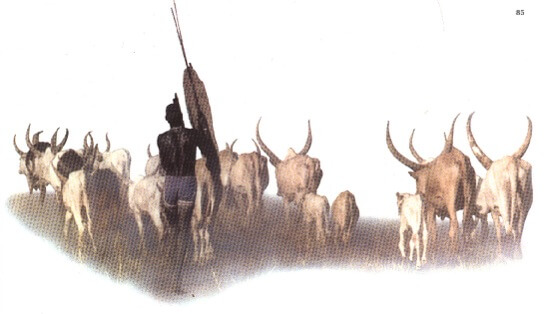 Now We Are Zero