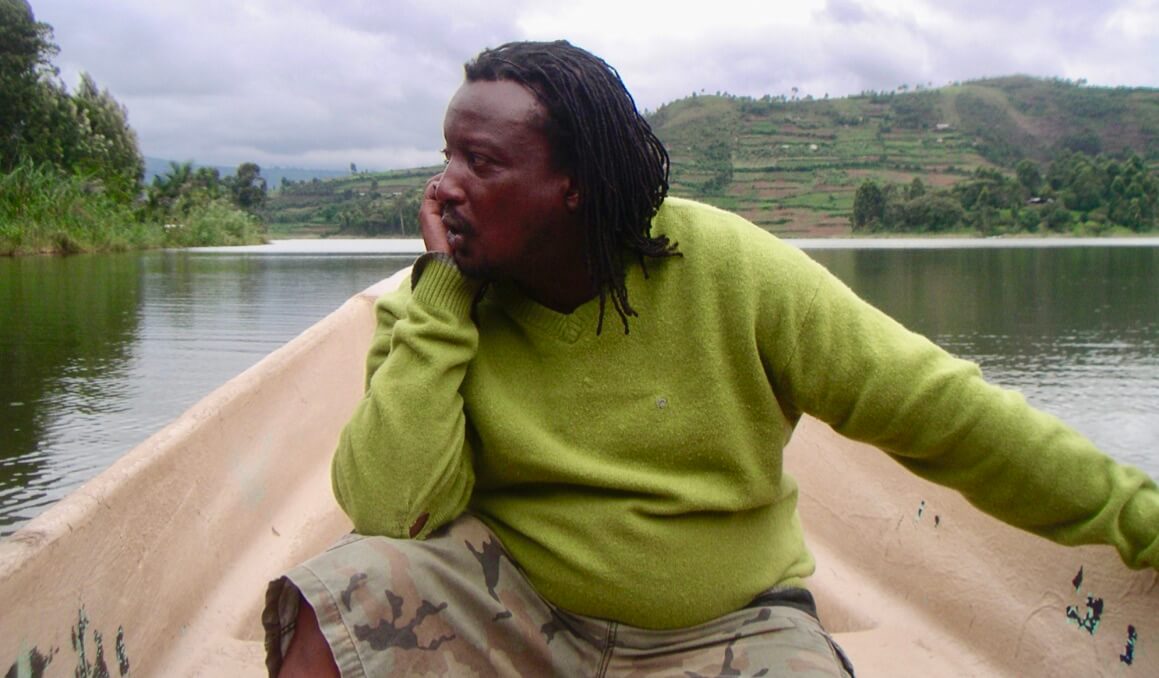 Binyavanga Wainaina died on May 21 at the age of 48. A leading figure in the current literary renaissance in sub-Saharan Africa, he was the founder of the literary journal Kwani?, winner of the Caine Prize for African Writing, and author of the memoir One Day I Will Write About This Place (2011). From 2009 to 2012 he was director of the Chinua Achebe Center for African Literature and Languages at Bard College, NY. A fellow of the Rift Valley Institute since 2009, Binyavanga was a participant in Rift Valley Forum discussions in Nairobi and the United States, and contributed an entry on Lamu to the course book for the RVI Horn of Africa course. In 2014, he published a “lost chapter” of his 2011 memoir, entitled “I am a Homosexual, Mum” and in the years that followed he became a leading advocate for LGBT rights in Africa. This tribute was recorded for a memorial event held at the National Museum in Nairobi on 30 May 2019. Other, longer tributes to Binyavanga include those by his friends and colleagues Billy Kahora and Isaac Otidi Amuke

I teach at Bard College in New York state, where Binyavanga also taught. I’m sad not to be in Nairobi today. But I feel privileged to be part of this celebration of his life

I was Binya’s colleague for four years between 2009 and 2012, while he was Director of the Chinua Achebe Center for Writers and Artists at Bard.

I’d met him a year or two before, first remotely, then – for the first time face-to-face – on a freezing winter’s night in upstate New York, in a blizzard. Binya arrived wearing a vast, dark overcoat. He opened it to reveal an electric blue suit and a multi-coloured shirt, tailor-made from kitenge cloth. And shoes of red and green leather. Bright red shoes. In the snow! It was a sudden glimpse of a warmer place. Like a cardinal bird. Or a red bishop, its African cousin.

Brightness and colour accompanied Binya wherever he went. With him clothes and words and thoughts were all polychrome. He seemed to carry with him the light of his home continent.

The early 2000s saw a season of plenty in Kenyan cultural life. It was like the coming of rain. And Binya, of course, as founding editor of Kwani?, was one of the prime movers in it. I picked up a copy of Kwani? in the Prestige Bookshop in Mama Ngina Street sometime in 2003 and saw that in this ecstatic tangle of experimental writing there was a new, vital sensibility at work. I felt an electric sense of excitement and anticipation.

Binya came to Bard College in 2009, six years later. And the sense of excitement was still there. It never went away. Early in 2011 he sent me the text of his coming-of-age memoir, One Day I Will Write About This Place, and I knew that we had a star in our midst.

The College was no stranger to African writers. Chinua Achebe had taught there since 1990. Binya was hired to run the Center that had been established in his name by a Bard professor, Jesse Shipley. Since Binya’s time other African writers have graced the campus: Nuruddin Farah, Teju Cole and Dinaw Mengestu. But it was Binya’s sojourn that set the tone for engagement with the new era of writing in Africa, that continuing, continent-wide phenomenon that he helped kick-start. The students who flocked to spend time with Binya had to tolerate erratic time-keeping and frequent changes in the syllabus. Their reward was a close encounter with a kind of genius.

Binya returned to live in Kenya in 2012. I saw him whenever I was in East Africa. It was a time of difficulty for him, with the death of his father, who he loved deeply, and his own health problems. And the death from AIDS of his young protégé, Kalota. Binya’s response to tribulation was a reinvention of his public persona – that bolt of blue lightning in his hair – an open recognition of his true nature that was to reverberate throughout the continent.

Binya’s coming-out was like a controlled explosion, startling some of his closest friends. There are many Africans who live gay lives, but outside South Africa it was only Binyavanga who stood up and told it straight, braving homophobia and legal jeopardy alike. He opened the way for people across the continent to recognise and defend their right to be themselves. It’s something that can’t be rolled back, whatever the Supreme Court of Kenya may say.

America is an easier place than Kenya to be gay. And a more comfortable place for a writer. But Binya chose to come home and stand his ground – as a writer and as a citizen – in Africa.

I’m grateful to have known Binyavanga. I know my colleagues at Bard who knew him are grieving too, as are all those who have been touched by his writing and his life. He is mourned in every continent. His brilliance as a writer, his generous personality, his courageous participation in public life – these things will stay with us and inspire us for a long time.

Tafari Wossen, one of the founding Fellows of the Rift Valley Institute, died in Washington...