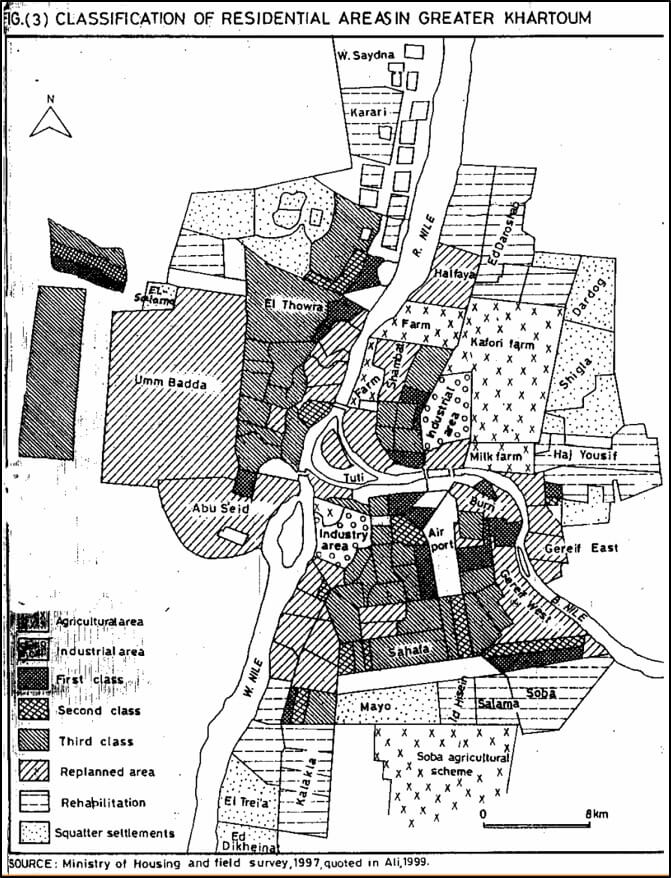 The military government of Sudan has in recent months bulldozed and burned the homes of about 500,000 of its poorest citizens in a forcible and often violent program of expulsions from Khartoum to new camps located outside the city. The relocations are a flagrant violation of the rights of the displaced and squatter communities to live where they choose. The government’s rationale is that the large displaced and squatter populations, numbering over one million, present a threat to environmental health. This may be the case, but repeated studies have concluded that this problem should be solved by improvements to existing settlements, rather than by forcible relocation. Fear of and hostility to the migrants, most of whom originate from southern Sudan, is an important factor in the expulsions. 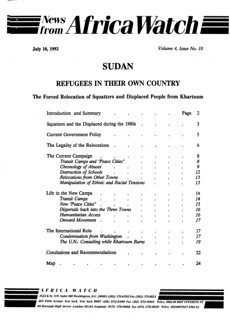 The government has taken on sweeping arbitrary powers in order to enforce the expulsion program, violating fundamental legal principles, such as barring legal actions on behalf of the squatters, and also abrogating established Sudanese land tenure practices. The legislation on which the relocations is based is so contrary to all legal principles that Africa Watch considers it illegal; consequently the relocations themselves are illegal.

In the relocation program, houses of the displaced and squatters are demolished without compensation, and the destruction is often accompanied by looting. Schools and clinics are also destroyed. The relocations are often violent; in the worst incident, at least 21 people were killed in a clash between squatters resisting relocation and the army.

People are transferred to new sites up to 25 miles from the city. Conditions in the new sites are poor, without employment opportunities, and with few services. Deaths from exposure have been reported. Humanitarian agencies are given limited access.

While many western countries, and the World Bank, have opposed the expulsions, the United Nations has failed to condemn the program, electing instead to work alongside the government. The UN has ignored the advice of its own experts, who have proposed making aid programs to the displaced conditional on a halt to forced relocations, and is proposing instead to support the ongoing program with a package worth $11.5 million.

Africa Watch calls upon the government to cease all the relocations immediately and unconditionally, to allow those relocated to return to their former homes if they wish, to provide compensation to those whose homes and properties have been destroyed or stolen, and instead to follow a plan of urban renewal based on people’s right to live where they choose. The UN and Sudan’s other donors should insist on these principles being met before they are prepared to assist any government schemes for the displaced.

Report of an Investigation into Oil Development, Conflict and Displacement in Western Upper Nile, Sudan (2001)