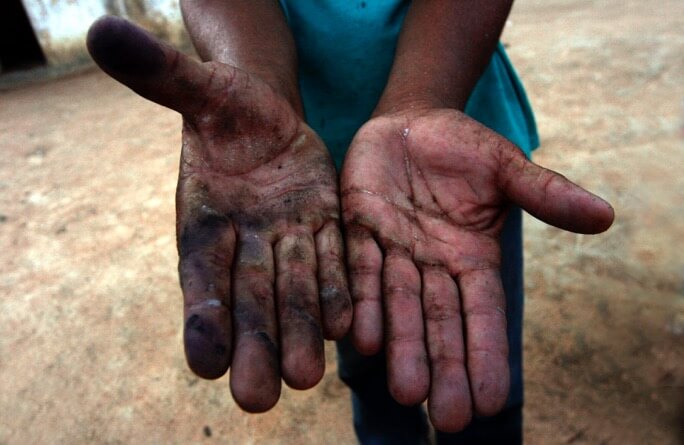 Forced labor, like slavery, involves the deprivation of liberty, but differs from slavery in that no claim of permanent right of ownership is made over a person subject to it. International agreements put strict limits on the use of forced labor by the State and prohibit its use by non-State bodies and individuals, but they do not ban it outright.

Forced labor is a common feature of modem wars. In Burma (Myanmar), for example, conscription of civilians as unpaid labor for the military authorities has been widespread. Typical duties include the construction of roads, barracks, and railways, and porterage for army contingents. Such projects often involve large-scale relocation of populations. In the worst instances, civilians from ethnic minorities in areas of rebel activity have been forced to march ahead of troops as a human shield against landmines.

In the former Yugoslavia, between 1993 and 1996, forced labor was used by all sides, but most systematically in the Serb-controlled areas of northern Bosnia, where non-Serb minorities under Bosnian Serb control were subject to a “work obligation”. Forced labor details were assigned to the front line of conflict; they were also put to work in factories and mines; the work obligation was used as a means of public humiliation for prominent members of minority ethnic groups.

Forced labor and the Geneva Conventions

All these practices involve infringements of one or other of the various international agreements that touch on the issue of forced labor. Article 3 common to the four Geneva Conventions of 1949 applies in internal conflicts and requires humane treatment to those who do not take part in hostilities and arguably limits forced labor by imposing minimum standards on it. The Fourth Geneva Convention specifies that, in occupied territory, civilians cannot be compelled to join the armed forces of an occupying power, or to engage in certain kinds of war-related work, such as the production of munitions, and if under age eighteen they may not be forced to work at all. Civilians under military occupation, both in wars between States and, as specified in Additional Protocol II of 1977, in internal conflicts, cannot be required to work longer hours or under conditions worse than the local norm. Civilian internees in a war between States cannot be compelled to work, unless they are medical personnel (who can be required to attend fellow internees) or are employed in administrative, kitchen, civil defense, or other work on behalf of other internees.

Enforced prostitution is specifically prohibited in Article 27 of the Fourth Convention.

There are detailed rules in international law for the treatment of prisoners of war set out in the Third Geneva Convention of 1949. Most of the restrictions on civilian employment detailed above also apply to them; beyond this, the Geneva Conventions specify that prisoners of war forced to work must be paid a wage, unless their work involves only the maintenance or administration of their place of detention. They cannot be forced to do degrading, unhealthy, or dangerous work. Military officers cannot be forced to work. ★

The Ruins of Utopia

A classical education, an apprenticeship in anthropology, the fate of pastoralism, the meanings of Utopia