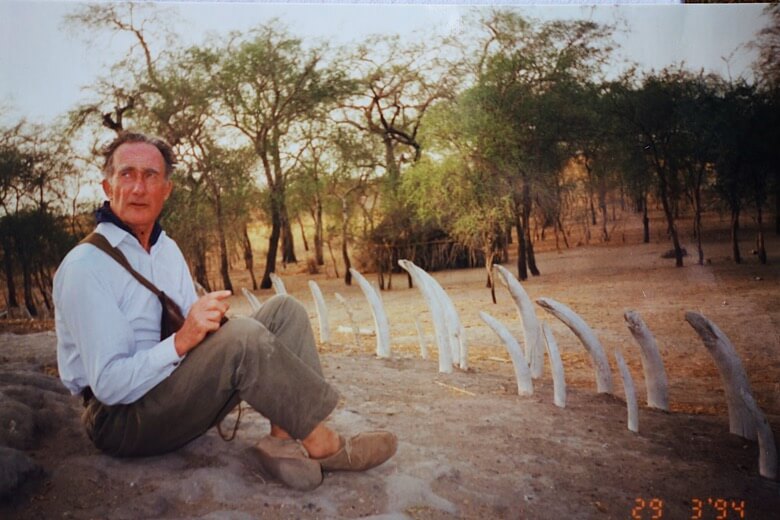 Ranald Boyle at the remains of the ritual mound of the Nuer prophet Ngungdeng, near Waat, Southern Sudan, 1994. Photograph by Philip Winter

Ranald Boyle, who has died aged 78, was successively a naval officer, colonial civil servant, diplomat and merchant banker. Distinguished in all these fields, he was most notable for his lifelong dedication to the cause of Southern Sudan, where he was a District Commissioner in the 1940s and 1950s.

He believed that the agreement which gave independence to Sudan in 1956 broke the undertaking that Britain had given to the Southern Sudanese, and that by handing power to the riverain Arab political class in the north of the country Britain had sold the non-Arab, non-Muslim Southerners down the river. His principled stand on this issue led to his resignation both from the Sudan Service and, later, from the Foreign Office. The civil war that began in Sudan after independence—and has continued to this day, with a bare ten years of peace—served to confirm his view. He lobbied ceaselessly until his death for the British government to acquit what he saw as its historic responsibility to the people it had previously administered, writing letters and articles in newspapers and inundating his former colleagues in the Foreign Office with enquiries and admonitions.

Ranald Boyle was born and died in Scotland, in Ayrshire, but spent much of his life abroad. After graduation from Exeter College, Oxford, he joined the Royal Navy, serving as sub-lieutenant on the Channel Convoys. He was wounded in the 1942 Dieppe raid. Later he served in the Mediterranean with the African Coastal Flotilla, operating out of Corsica, landing and picking up agents from enemy territory. In 1944 he was awarded the DSC. He ended the war in the Far East as a flag officer at the surrender of Japan.

After the war he joined the Sudan service, the elite administration of the Anglo-Egyptian condominium. For five years he was District Commissioner of Gogrial, an area on the great floodplain of the upper reaches of the Nile, part of the territory of the Dinka, an agro-pastoral people who comprise the largest ethnic group in South Sudan. An accomplished linguist, he spoke both Arabic and thong muonjaang, the language of the Dinka; in the Dinka area he is known to this day by his ox-name, Timatiep, meaning “Shading Tree”, a metaphorical reference to the colour of the black ox, Machar. He was the last British DC of Gogrial; and in 1953 he resigned rather than take part in the handover of power to the northern Sudanese.

Subsequently he joined the British overseas civil service and worked as a District Commissioner in Kenya, lowering the British flag for the last time at Meru. In 1964 he was accepted in the Diplomatic Service and served until 1969 as Political Agent in Qatar. From there he was posted to the British Embassy in Khartoum as Head of Chancery, from which post he resigned in 1970.

The rest of Ranald Boyle’s working life was spent as a merchant banker, first for Hambro’s, where he became a director of Hambro’s Holdings, and subsequently for the Arab Banking Corporation and as a consultant to the Emir of Qatar. He finally retired in 1996, at the age of seventy-six, to the family home in Fairlie, Ayrshire. He was a member of the Royal Company of Archers, the Queen’s Bodyguard for Scotland.

He married Norma Gray in 1957 and they had seven children. In the mid-1990s, their son Fergus worked as a project officer for Save the Children Fund in his father’s former district in Sudan. For the inhabitants of Gogrial this was a sign that one, at least, of their former administrators acknowledged the history that bound them together: in 1994, when Ranald revisited Gogrial, in the midst of civil war, he was greeted by huge crowds and the ritual sacrifice of oxen, the ceremony by which the Dinka mark occasions of special importance.

The Sudanese journalist and politician, Bona Malwal, son of a Dinka chief in Gogrial District, has described how Ranald, as District Commissioner, rode eighty-five miles on horseback in the rains to make sure that his father sent him to school. Ranald’s subsequent friendships with Bona Malwal and other prominent Sudanese—both southerners and northerners—renewed his dedication to the country where he had lived and worked as a young man; in later years he made a number of visits there, supporting the work of relief organizations and campaigning groups. When, in 1998 Gogrial became, for the second time, the epicentre of famine in Southern Sudan, it filled him with dismay. His response, as always, was activism: indefatigable in pursuit of a just solution, he lobbied harder than ever for a more determined and informed British policy towards Sudan.

A champion squash player, Ranald’s vivacity and dislike of pomposity always made him a pleasure to be with. He endured his own painful terminal illness with stoicism, confirming his friends’ admiration and affection for a man whose most characteristic utterance was the gleeful exclamation: “Such fun!” ★