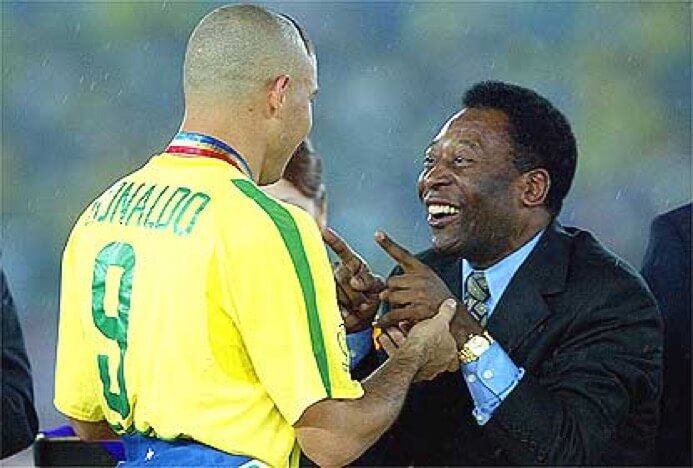 In the arts of performance—in music and dance, in ecstatic religion, in soap opera, plastic surgery, cross-dressing and, perhaps above all, in football—Brazilian style tends, often simultaneously, both to sublimity and to excess.

In the case of football, the sublime and the excessive go hand-in-hand. Brazil has the most brilliant and graceful players, and the most extravagantly dedicated fans. It also has the most corrupt and exploitative professional organizations. The national football association has been subject to recurrent accusations of match-fixing, nepotism and drug-smuggling. And mismanagement at the professional level condemns many young footballers in Brazil to penury. In the view of the veteran player Sócrates, Alex Bellos reports, it has reduced the national side to a mere shop window for European clubs.

On the international scene Brazil’s star has been in decline since the 1998 World Cup. In 2001 it was further eclipsed by defeat at the hands of Ecuador, a country with less than a fifteenth of Brazil’s population. But in Brazil itself, at least, the game is alive and well. Other sporting events pale in comparison to a Brazilian football match. In Rio de Janeiro, of a weekend, at the Maracanã stadium (built in 1950 and still going strong), you can see sixty thousand supporters of one other of the major Rio clubs—Vasco, Flamengo, Fluminense or Botafogo—drumming, dancing, singing and praying, some of them coated in talcum powder from head to toe and hurling toilet rolls from the stands, or urinating on those supporters of the opposing team unwise enough to position themselves below.

Brazilian football violence has other distinctive features. As Bellos explains, it has been known for disappointed fans to waylay and attack their own team bus if they lose. Supporters of the São Paulo Corinthians (named after the now obscure English team) have a particular reputation for spying on and harassing individual players who fail to live up to expectations. Millwall supporters in Britain look mild by comparison.

Futebol is an affectionate and shrewd account of the game as played both in Brazil itself and in the global diaspora, where Brazilian players bring glamour and tropical credibility to clubs from the Arctic Circle to the Adriatic. It is full of intriguing sidelights on Brazilian popular culture, its hedonism, piety, creativity and wondrous absurdity. Bellos takes us to the Amazon, to Uruguay and even to the Faroe Islands, where several Brazilian players have recently settled. The conditions of work for professional footballers in Brazil are such that practically any club in Europe offers them a better living than they can find at home.

It’s not that these Brazilian professionals are necessarily better players than the locals: in Nordic countries, it seems, their mere presence has talismanic value. Brazilians are mascots, symbolic links to a world where football has a magical significance, one where you don’t have to brave frost and gale-force winds to play.

In Brazil the discovery of this global market has meant that there is a danger of professional football becoming something of an export monoculture, breeding cheap players for sale abroad, like coffee or cotton in slavery days. The fact that many of the best Brazilian footballers are black or mulato adds an edge to this analogy. There have been scandals, too, Bellos reports, involving the sale to European clubs of underage players provided with forged documents by unscrupulous trainers. Because of this and other rackets the Brazilian Football Confederation has recently been the subject of a national congressional investigation. 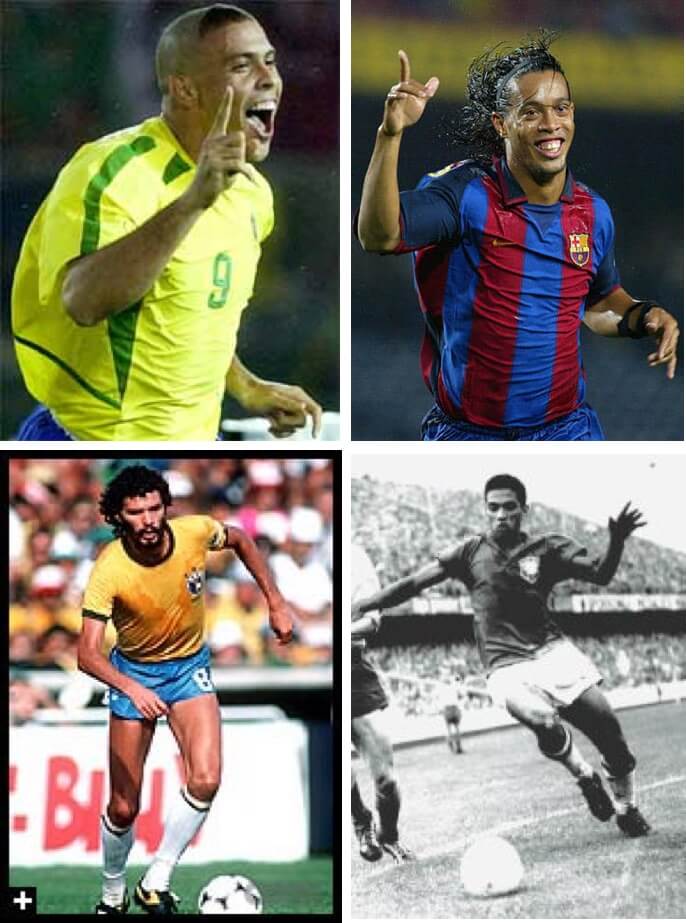 Yet the game goes on, in its excess and its sublimity. The very names of Brazilian players are a source of wonderment to non-Brazilians: Pelé, Garrincha, Zico, Romário, Ronaldo. Surnames are nowhere to be seen: all of them, it seems, are on instant first-name terms with the world. When Ronaldo was joined by two team-mates also called Ronaldo they became, respectively, Ronaldão (Big Ronaldo) and Ronaldinho Gaúcho (Little Ronaldo from the South). In this realm of noms de jeu, political correctness is not a consideration: Bellos notes black players called Escurinho (Little Dark Guy), Meia Noite (Midnight) and Petróleo (Gasoline).

Another of the characters in Futebol is a former national coach who delights in the name—his given name in this case—of Wanderley Luxemburgo. Wanderley Luxemburgo, however, is the Svengali of Brazilian Soccer, one of the main subjects of the current corruption investigations; his name is one of the few delightful things about him.

One of the heroes of Bellos’ tale is the veteran player and political activist, Sócrates, who played in the World Cup teams in 1982 and 1986. (He has two brothers called, naturally, Sófocles and Sóstenes.) Sócrates, who is also a medical doctor, turns out—reasonably enough, given the nature of Brazilian football politics, to be a keen student of Machiavelli.

The Brazilian instinct for hybridization has produced a swathe of variations on standard soccer. One of them involves an endurance contest where solo contenders kick the ball repeatedly in the air for as long as possible. The record, an incredible nine hours and six minutes of uninterrupted ball play, was long held by Ronaldo’s wife. This is a feat that cannot be ascribed to nepotism.

There is also futevolei, volleyball with the feet, a beach game popular with professionals such as Romário, and futsal, a five-a-side game that uses a ball without any bounce. And there was formerly a game called autoball, played by men in cars using a seven-foot diameter ball. In the spirit of the times, autoball has now been displaced by écoball, which is played on a pitch with growing trees: if the ball hits one of the trees you are sent off and obliged to suck a lime.

Finally, Bellos reports, in Amazonia, there is futelama—mud  football—played on the slithery mudflats that run along the banks of the river and its tributaries. I’ve travelled a certain amount in Brazilian Amazonas, but I seem to have missed out on mud football. More’s the pity: here is a version of the game that has not yet suffered the effects of professionalization (nor even the effects of industrialization, since it can be played with a ball made from natural rubber gathered from the rainforest). A sliding tackle is liable to take you half the length of the pitch, leaving you and any other players nearby splattered with black sludge. In the tidal reaches of the river the game continues until rising water levels stop play. Like other Brazilian inventions, it looks like a lot of fun. ★