Keep the pressure on Khartoum

2004: The UN must get a peace deal signed in Sudan. And donor countries should prepare themselves for the long haul in order to ensure its just and effective implementation.

Next week members of the UN Security Council will gather in Nairobi. The session is being held outside New York for the first time in 14 years. The reason is Sudan. Emergency relief operations in Darfur have been severely hampered by renewed fighting. And talks between government and rebels have st 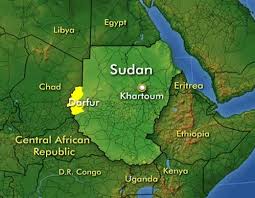 alled after the former rejected a draft peace agreement last week. The UN special envoy to Sudan has warned that Darfur is in danger of “falling into anarchy”. Some would say parts of it already have.

The peace process in southern Sudan is also looking shaky. After almost two years of negotiation between the government and the Sudan People’s Liberation Movement (SPLM), most recently in the Kenyan town of Naivasha, a final agreement has still not been signed. Critics point out that the deal is, in any case, between the government and a single armed rebel group, leaving out other Southern forces. And disputes loom elsewhere in Sudan—in the east, for instance, where there is a rebel enclave on the border with Eritrea.

If the Security Council is to move the peace process forward, it will have to consider the history behind these insurgencies. Is Sudan going the way of Congo, the way of a failed state with a legacy of inter-communal hatred and a mountain of dead? The government of Sudan seems determined to bring this to pass, pursuing the old strategy of divide and rule with unrelenting zeal. Encouraging tribal militias to loot and kill with impunity is its preferred counter-insurgency tactic, developed during the war in the south and deployed with new ferocity in Darfur.

The security cabal that dominates the government understands well how to foment division. Muslim against non-Muslim, Arab against non-Arab, one tribe against another. It is a vicious form of applied anthropology. Where there is a history of competition for water or grazing or land, instead of mediating, it takes sides, encouraging one party to attack the other.

Such stratagems raise the ghosts of Sudan’s past. For southerners it is the history of slave raiding in the 19th century by militias from the north. For westerners—the people of Darfur—it is the time at the end of the 19th century when an indigenous leader, the Mahdi, established an independent state on the Nile. Before that, Darfur was under the control of the Fur sultanate. During the Mahdiyya the Fur sultanate was overrun by nomadic Arab groups allied with the Mahdi. Today, the Fur people (who are Muslims but not Arabs) are among the main supporters of the rebel movements in Darfur, while nomadic Arabs form the principal recruiting ground for the pro-government militias there.

Sudan, with its many languages, ethnic groups and belief systems, has a complex history. Its civil wars are, among other things, about this history, about centuries of discrimination, about the control of the state and the enduring domination of the periphery by groups at the centre. Is it possible for the country to overcome this history of injustice and embrace its diversity? Or should it be split, as a great many southerners think? In the case of the south, under the provisions of the draft Naivasha agreement, a referendum on this issue is promised after a six-year transition period. This will be the testing time. (The rebels in Darfur don’t want separation; they want a greater share in central government.)

When it comes to the international community, the Sudan government is as skilled at exploiting division as it is with its own citizens. It may think that it can yet evade the provisions of the Naivasha agreement. It knows that attention on the part of the western powers is inconstant. More than a dozen external peace initiatives have come and gone since the civil war began twenty years ago. Last year, international pressure narrowed the peace process down to Naivasha. But now there are, again, three simultaneous sets of talks between various parties, enabling Khartoum to play the interests of African, Arab and western countries off against each other.

And the government has an ally on the security council: China is Sudan’s principal trading partner, importing oil, exporting arms. In Khartoum today there are more Chinese expatriates than Europeans or Americans. And it is Chinese-built arms factories that are keeping weapons flowing to pro-government militias.

A British draft resolution circulating among Security Council members promises lavish development assistance to the warring parties if they will make peace. But such bribes can backfire. There is a danger that an agreement between the SPLA and the Government could end up creating not one, but two oil-based kleptocracies on the Nile. The Sudan government, for its part, has historically responded more reliably to threats than to bribes.

At the Security Council meeting next week the US and Britain—the largest aid donors and sponsors, with Norway, of the Naivasha agreement—need to find a way to persuade their fellow Council members to take a tougher line and put more pressure on the Sudan Government, both to sign the Naivasha agreement and reach an accord with the Darfur rebels.

Even more important than a signature, though, is the resolve to see it through: to maintain this level of diplomatic pressure for the next six years—to ensure that the reforms in the agreement really come to pass, and thereby provide the peoples of Sudan, north and south, with the political space they need to find their own destiny. ★