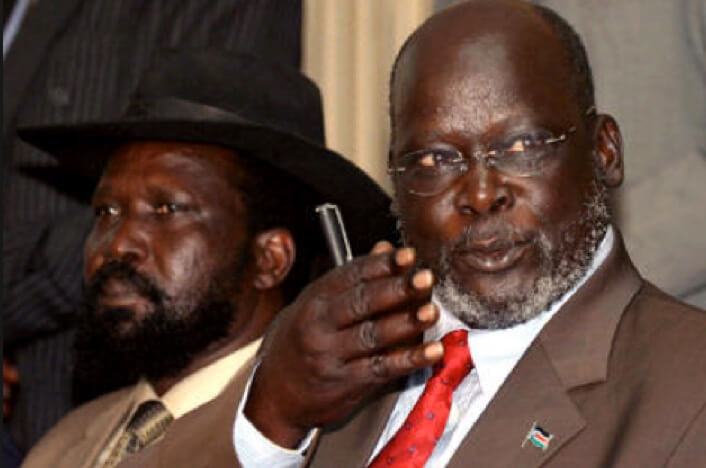 The death of John Garang de Mabior, the south Sudanese leader, in a helicopter crash near the Ugandan border, has raised fears for the future of the peace process in Africa’s largest and most conflict-ridden country. Garang’s death sparked riots and inter-ethnic violence on Monday in Juba, the southern capital, and in Khartoum, fanning concerns that his death could jeopardise the peace agreement between the southern rebels and the government in the north.

Things look bad in Khartoum, but in the south there are reasons for optimism—if not about long-term prospects for a wider peace in Sudan, at least about the immediate future of the agreement and the south’s internal stability. First, the crash in which Garang died was almost certainly an accident: he was flying in a rainstorm over territory controlled by the movement he led, the Sudan People’s Liberation Movement/Army (SPLM/A), in the personal helicopter of his long-time ally, Yoweri Museveni, the Ugandan president. There is little reason to suspect foul play. Second, the leadership succession was uncontested: Salva Kiir Mayardit, Garang’s long-time deputy, took over by agreement with other SPLA commanders the following day. Third, although Garang had a key role in the agreement, the overall process has been driven mainly not by internal forces but by western powers, primarily the United States whose interest in its success remains undiminished.

Garang led the SPLM from its inception in 1983 until the peace agreement was signed early this year. He ruled as a Big Man in the classic African mould, controlling every appointment and seeing off challenges with autocratic ruthlessness. Under the peace agreement he became first vice-president of Sudan in a new national government. His arrival in Khartoum at the head of an SPLM/A delegation last month was greeted with elation by war-displaced southerners living there, who number at least a million, and also by western Sudanese displaced from Darfur, where hundreds of thousands have died in a separate insurgency.

A paradoxical aspect of Garang’s leadership of the SPLM/A was his insistence throughout the conflict that the solution to Sudan’s problems was not separation of north and south, but a transformation in relations between the dominant ethnic groups of the centre and all the underdeveloped areas of the country—the west and the east as well as the south. The phrase he used to summarise his vision of the country’s future was “New Sudan”.

His analysis of the pattern of political and economic grievances in the country was confirmed by the Darfur uprising. Yet the rank and file of the SPLA—and southerners in general—have remained unambiguously separatist throughout the conflict. For most of them “New Sudan” signified—and still signifies—an independent south. This contradiction between Garang’s stated position and popular sentiment among southerners was resolved in the demand for self-determination: a central clause of the peace agreement is a referendum on north-south separation, due to take place in six years’ time. Few doubt that a majority of southerners would vote for separation in any referendum, but the peace agreement also contains provisions ostensibly designed to make unity a more attractive option, making it easier for the northern government to stomach compromises forced on them.

Will the new leadership of the SPLA maintain this studied ambiguity? The appointment yesterday of Riek Machar Teny-Dhurgon to the vice-presidency of the south makes the question more pressing. Mr Machar mounted the first challenge to Garang’s SPLM/A leadership in the early 1990s, a split only resolved when he rejoined the group in 2002. Both Mr Machar and Mr Kiir are more closely identified with a separatist position than was Garang, but they have also declared support for the existing peace agreement.

The presence of Mr Machar as Mr Kiir’s deputy augurs well for the cohesion of the SPLM/A: Mr Kiir, like Garang, is a Dinka, from southern Sudan’s largest ethnic group, while Mr Machar is a Nuer, from the second or third largest. Between them they have a good chance of neutralising one threat to peace in the south: the continuing presence of militias backed by the government in Khartoum. It is to be hoped that the coming months will also see the emergence of a more representative and effective administration in the south. Such a development would benefit the country as a whole: a stable south would free the western powers to concentrate on resolving Sudan’s other crisis: the continuing conflict in Darfur. ★