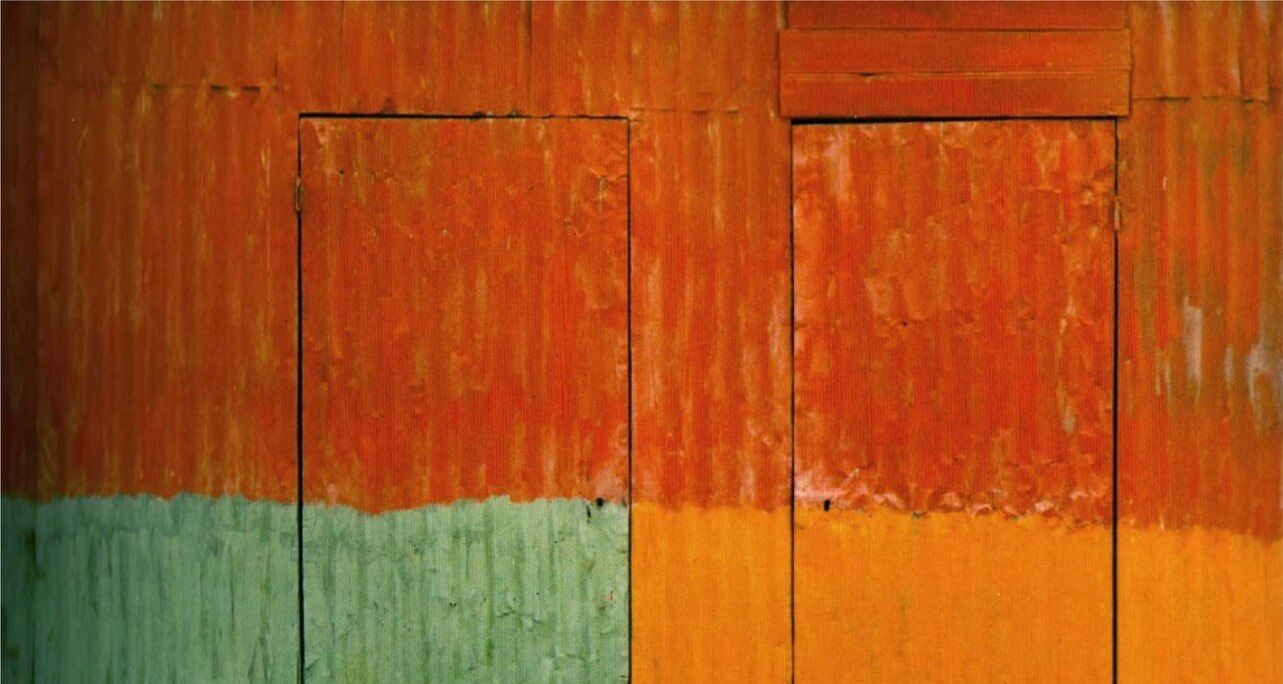 Obsessive attention to notebooks and writing implements is a way for writers to enter the trance of composition. Bruce Chatwin made it part of the story.

Obsessive attention to notebooks and writing implements is a way for writers to enter the trance of composition. Bruce Chatwin made it part of the story.

In The Songlines, Bruce Chatwin’s vagarious book about Australian aboriginal metaphysics and the origins of culture, the reader is introduced, midway through the narrative, to the author’s hoard of moleskin notebooks, carnets moleskines, a treasure trove that contains the record of his journeys and researches, raw material for the work in hand. “Moleskine”, Chatwin tells us, refers to the smooth black oilcloth used for the binding of these notebooks, which he habitually obtained from a certain papeterie in the Rue de l’Ancienne Comedie in Paris. 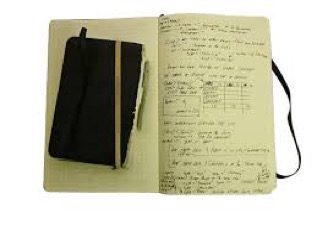 On his most recent visit Chatwin discovers that the supplier—in Tours—has gone out of business. “Le vrai moleskine,” the stationer informs the writer, “n’est plus.” The order Chatwin was planning to make for a hundred notebooks—enough to last him the rest of his writing life—can never now be filled. His existing collection, crammed with notes, becomes a limited edition, a one-off word-hoard.

Many writers are stationery fetishists like Chatwin: the pencil of a certain shape and hardness, the feint-ruled paper of a particular weight, the hallowed portable typewriter, and—with the advent of the personal computer, the customised keyboard and time-consuming deliberation over fonts and spacing. Such things may come to form a necessary part of the ritual of composition, a way of entering the writerly trance—or else postponing it. There’s something egregious, though, about Chatwin’s famous moleskin notebooks. (Whoever called it moleskin can never have got very close to a mole.) They just couldn’t be ordinary notebooks, could they? Notebooks with covers of card or plastic, say, as obtained from a regular stationer or office supply store? No, they have to be unique, irreproducible, a sacred mountain of moleskin.

Why possessions exhaust us

This exclusivity is an analogue of Chatwin’s mannered prose style—self-conscious, precise to the point of preciosity, laconic but luxurious, a style where jewelled sentences gleam in genres with an oblique relation to the facts. His invocation of the notebooks, the foregrounding of the act of writing that they represent, serves a particular purpose in the structure of The Songlines, enabling him to segue from travel narrative into a still baggier genre, the commonplace book.

The notebooks, we learn, travelled with him for years, from Paris to Australia, via countries in every continent. In 20 years he lost two, one on an Afghan bus and the other in Brazil, where the secret police – or so he claims in The Songlines – imagined that the notes he had written about the wounds of a baroque sculpture of Christ were an account in code of their interrogation and torture of political prisoners. While he was researching The Songlines the notebooks were stacked on a plywood desk in the caravan where he was marooned near Alice Springs in the heart of the Australian outback, ranged alongside his pencils and his Swiss Army knife in the spirit of “obsessive neatness that goes with the start of a project”.

In his travels, he writes, even losing a passport is less of a worry than losing a notebook. (Why didn’t he photocopy them?) This is because the notebooks contain the documentation concerning the Nomad Question, the big idea that Chatwin worked on for years. It is the idea that natural selection has fitted the human race for wandering, not for a sedentary life. The nomadic bent, he remarks elsewhere—ironically in view of his travails with the notebooks—is the reason that “possessions exhaust us”.

In subsequent chapters of The Songlines the notebooks disgorge a series of fragmentary questions and quotations, proverbial riffs, anecdotes and etymologies. Besides Chatwin’s own observations, there are quotations from Baudelaire, Pascal, Kierkegaard, Wordsworth, Meister Eckhart and, above all, Rimbaud (whose not-so-novel question, “What am I doing here?”, became the title of a posthumous collection of Chatwin’s essays and journalism). The notebooks provide both the kernel of The Songlines and an umbrella term for Chatwin’s more ephemeral pieces; they were also quarried for the four other books he published during his lifetime.

Lands that are sucked dry

Now there is a further selection from the notebooks, interspersed with a set of photographs by Chatwin. Judging by these new extracts, he was already scraping the barrel when The Songlines was published. It seems there wasn’t that much more to write home about: the fragments reproduced here read like out-takes, sentences that didn’t fit or quite make the grade. They cover expeditions to Mauretania—a country, Chatwin writes, that “nobody seems to have heard of”—and to Dahomey and Afghanistan.

“I like lands that are sucked dry,” he writes of these domains of drought and poverty. “They suit me. We complement each other.” There are paeans to camel dung, expressions of longing for hotel rooms and champagne, and the occasional iffy gust of verse:

O Niger, River of Slaves and Malaria
And Mungo Park
You are the most horrible green

Francis Wyndham’s introduction to this collection is a thoughtful and affectionate portrait of the author that wisely makes no elevated claims for the notebooks themselves. The photographs in the book are the high point, eclipsing the prose. Some show a sense of colour that can be compared to the polychrome sheen of Chatwin’s already published writing. (Nothing here quite as striking, though, as the black-and-white picture reproduced on the back cover of The Viceroy of Ouidah, where a Dahomean boy gazes out hauntingly from beneath the portrait of his slave-trading ancestor.)

The most arresting pictures in the present book are those of the celebrated notebooks themselves. What is the significance of these? Is it a sort of secondary fetishisation, the text itself inserted in a cabinet de curiosités, then reduced in its turn to the kind of object Chatwin loved to describe? The notebooks have recently been the subject of additional myth-making of a kind that Chatwin would surely have relished. One of his executors, the writer Redmond O’Hanlon, announced the existence of a secret diary written in code and deposited with the antiquarian bookseller Bertram Rota. However, according to Chatwin’s widow, Elizabeth Chatwin, there is no code: it is merely that the writing is illegible. (The episode is recounted in Nicholas Murray’s Bruce Chatwin, a short but handy biographical essay published earlier this year.)

The birth of a Chatwin cult?

In his introduction to the present book Francis Wyndham says he is concerned about the growth of a Chatwin cult. Chatwin’s early death and the quality of his books have turned him into a legend, he says, a mythic figure. He worries that the inflation of Chatwin’s reputation will produce a reaction.

For signs of the reaction we need look no further than Granta, a magazine that during Chatwin’s life did more than any other to promote his global reputation. In the current issue there is a demolition job by Paul Theroux under the guise of an account of their friendship. Theroux begins with a description of a Royal Geographical Society dinner. Here he portrays Chatwin blithely recounting to Chris Bonington and Lord Hunt—two of the world’s most celebrated mountaineers—a series of climbing exploits that Theroux says Chatwin could not possibly have performed. Chatwin is represented here as a poseur and braggart, a name-dropper who “could get two or three boasts into a single statement”.

Theroux cites two examples: “Werner Herzog and I just hiked two hundred miles in Dahomey”, he has Chatwin saying. Then this: “David Hockney told me that his favourite painter is Liotard, a 17th-century Swiss. He’s brilliant. I often go to the Rijksmuseum just to look at his work.”

Chatwin, we are told, was in a state of permanent crisis over his writing—and busy telling Theroux all about it. This, says Theroux, was Chatwin’s way of indicating how much more fine-tuned and delicate his gift was than Theroux’s. Chatwin also boasted about his command of French. He was a bad listener, Theroux says, and a bore who repeated his own stories, “shrieking each predictable thing and looking eager and hopeful”.

After this catalogue of failings, interspersed with assurances of his regard for Chatwin, Theroux takes on his subject’s personal life.

“We had met his wife,” he writes, “but the very fact of Bruce having a wife was so improbable that no one quite believed it.”

Chatwin was homosexual, says Theroux. His marriage, a mutual friend informs him “with pursed lips”, was a mariage blanc. Before giving us the low-down, Theroux tells us that he does not think it should matter one way or the other. What is disturbing to him, he says, is that Chatwin never discussed his sex life, showing that he lacked the courage to embrace the confessional mode—in contrast, that is, to Theroux himself.

“He never wrote about his sexuality,’ writes Theroux, “and some of us have laid our souls bare.” (My emphasis.)

So it continues. Theroux dismisses accounts of Chatwin by other friends of his, notably an “ungracious” memoir by David Plante, a writer who “refused to see Bruce’s sense of fun”. He singles out for criticism Plante’s account of a visit with Chatwin to “a gay disco called ‘Heaven’”. Shockingly, says Theroux, Plante “never discloses his own motive for going to the gay hangout” and his description of their visit is full of “dark hints and hypocrisy”.

(Why go clubbing at Heaven? I guess it was Moleskine Night. They really should have asked Theroux along.)

Contumely aside, there may well be a revisionist critique to be made of Chatwin’s writing. Such a critique might note some of the limitations to his much lauded style; it would acknowledge that the writing is—in general—diverting rather than affecting, dazzling rather than moving. It would examine the ethical dilemma posed by the use of real people and events in narratives that have an undefined relation to fact. And it might argue that these limitations and avoidances correspond to areas of silence in Chatwin’s own life. Yet Chatwin and the high, smooth, intriguing style he invented—call it the moleskine style—still remains a presence to be reckoned with. Whatever his vices of style, he deserves better than this Greek gift from a soi-disant friend. If that’s the alternative, we should all join the Chatwin cult right away. ★