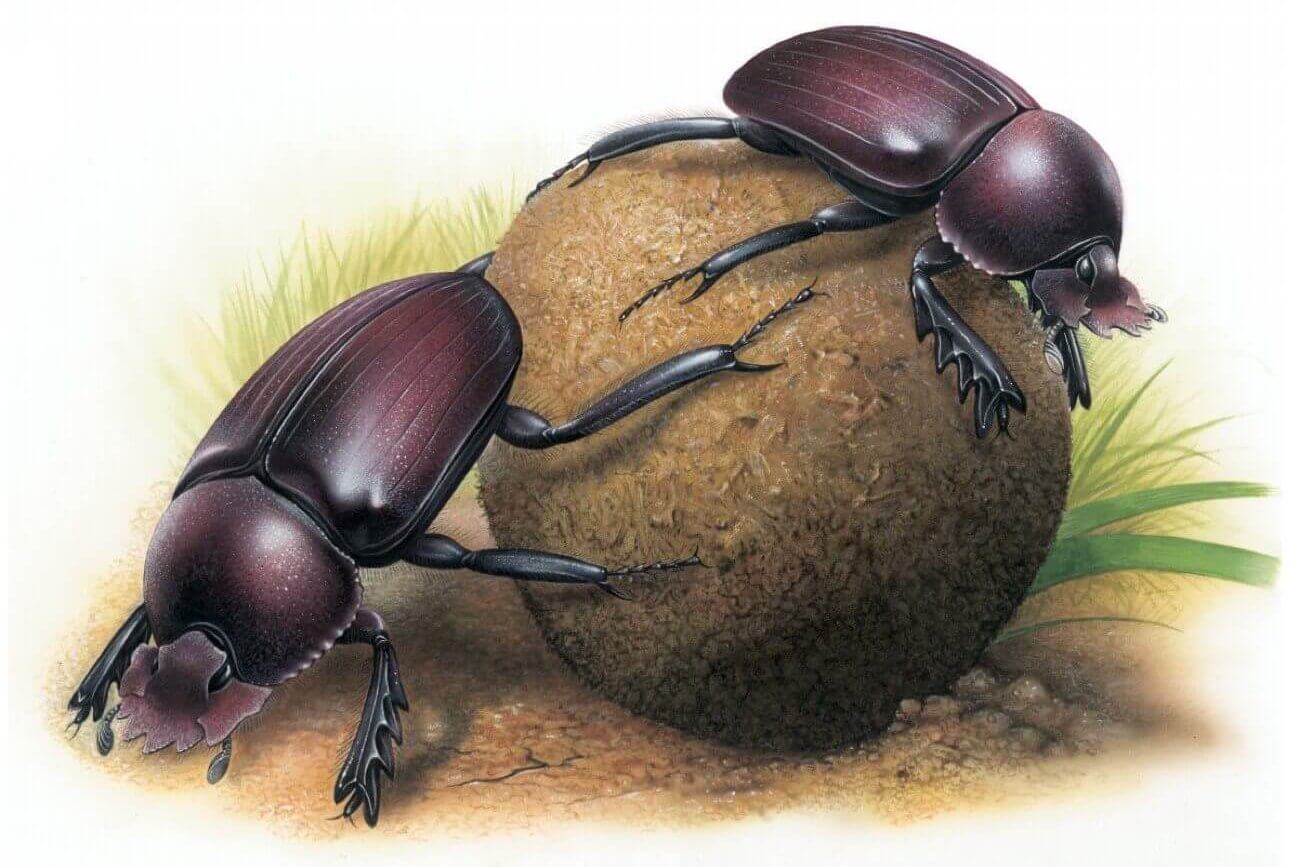 Pathologically polyphiloprogenitive though we are, human beings are vastly outnumbered by insects. Consider this. Insects are a hundred million years older than us—older than all mammals. They began before us and will continue after. The number of insect species in the world—leave aside the number of individual insects—is far greater than the number of vertebrate species. It is greater, in fact, than the number of species of all other living things put together, including plants. And that is to count only the million or so kinds that have so far been identified. Systematists—biologists who specialise in the classification of organisms—say there are tens of millions more species of insect that remain unrecorded. Twenty or thirty million unknown species yet to be identified—that’s quite a thought, if it’s the kind of thought that appeals to you.

We know these things from decades of labour by indomitable entomologists in fields and forests and underground caverns in a hundred different ecozones. I say “we know” in the grand manner of savants. For my part, what I know on this subject comes from two books, a compendium on African insects by S.H. Scaife and a magnificent new distillation of natural historical knowledge, The Diversity of Life, by the sociobiologist E.O. Wilson.

Wilson is an entomologist himself, author of several books on ants, so he may be partisan, but he cannot be suspected of exaggeration. Insects rule, and that’s it. Without them flowers would not flower, the nutrient cycles of the soil would cease. There would be nothing to eat and all large animals would perish. In such an eventuality, Wilson suggests, humanity would last a couple of months at most; and the land surface of the earth would return to the condition of the Paleozoic era, covered by mats of recumbent wind-pollinated vegetation, more or less devoid of animal life.

With such observations in mind, I found myself this morning kneeling on the ground, here on the East African high plains, between mudcrack and tyre-track, a pencil behind my ear and a lens in my hand, observing the furious activity of a dung beetle, Scarabeus Laevistratus.

The members of the sub-family Scarabaeinae (which includes, most notably, the scarab itself, venerated by the ancient Egyptians and sold to tourists in Egypt today in the form of carved soapstone amulets) are truly indomitable. In a ceaseless cycle of activity, they collect the dung of herbivores, preferably cattle or buffaloes, and roll it into spheres the size of cherry tomatoes, or bigger—apricots, say, or nectarines—which they bury and feed on. These dried dung balls may be moved considerable distances, through dykes and ditches and over tussocks of grass. As the scarab rolls its dung-ball, it trims it continually in order to maintain a perfectly spherical shape. Since most scarabs are less than an inch long these labours can reasonably be described as Herculean. Or more precisely, Sisyphean—the work being recurrent, endless and often solitary. Come to think of it, compared to Scarabaeus, Sisyphus had an easy ride: he only had to roll a rock uphill; he didn’t have to sculpt it as he went along.

Among insects, bees are proverbially industrious; and ants are no sluggards either. (Nor, I daresay, are slugs, not that they are insects). But when it comes to hard work you really have to hand it to the scarab. Maybe this was why the Egyptians revered Scarabaeus sacer: an army of scarabs could have built the pyramids.

The scarab I was watching today busied itself shaping a huge ball of dung with its fan-like mouth parts, while simultaneously propelling it forward with its hind legs. Most of the time it was standing on its head. As the dung-ball rolled it carried its maker with it. The scarab slipped and slid, like a drunk wasp on a pear. Soon it was thrown to the ground and had to start pushing again. It never paused. Under the lens the iridescent purple of its shagreened wing case showed a fine dusting of earth.

Dung beetles can fly, rather laboriously, but it seems they prefer to roll. You could put it this way: dance like a butterfly, sting like a bee, but roll like a scarab.

The contribution of Scarabeinae to the well-being of other creatures, a zoologist here has explained to me, is twofold. First of all, dung beetles release nutrients in the soil by the act of burying dung; second, by removing the dung from the surface, they inhibit the breeding of nematode larvae and other gastrointestinal parasites that afflict mammals. So dung beetles are the night-soil men of the savannah zone. It is thanks to them that the grass plains stay unsmothered by mammalian dung, making domestic animals and game alike fatter and happier—and us humans too, if only indirectly.

That may be as much as you want to know, at least for today, about the life-cycle of the dung beetle. But let us not forget the ranks of those entomologists—often anonymous—who have spent years in the field in order to establish facts such as these for our edification. Their research dwells on multifarious features of the beetle’s life, including its selection of types of dung, the geometrical characteristics of its dung-ball, its feeding preferences, and the geography of dung burial.

Field zoologists, professional and amateur, have a diligence to match that of the creatures they study. Nor do they baulk at unconventional research techniques. The zoologist I consulted about dung beetles told me the story—apocryphal or not—of a British colonial official in the days of the Somali protectorate (now Somaliland), who impressed his subordinates by biting into a fragment of camel dung found on the trail—not yet processed by dung beetles—savouring it carefully and announcing confidently:

“Five days ago. Female with young. Property of the Awlahan clan.”

Entomologists and colonial officials of this stamp have a key characteristic in common with dung beetles: they are in it for the long run; they don’t give up. You could say the same for writing. But the pleasant morning I just spent masquerading as a naturalist leaves me abashed at my own dilettantism, even as I set this ball of words rolling homewards. ★

I discovered later that the great entomologist Jean Henri Fabre had said it all far better, long ago, in fabulous detail, in an essay on the dung beetle in his Souvenirs Entomologiques (1879). The piece can be found in a collection edited by Martin Gardner, The Sacred Beetle and other great essays in science (1987).

The ancient Egyptians, it appears, revered scarabs not so much because of their industry, as because they saw in them a symbol of regeneration and renewal. They were understood as a microcosm of the cyclical processes of nature and as a manifestation of the sun god Khepri, who propels the sun across the sky each day.

In 2003 a biopsychologist named Victor Johnson went one better than the British colonial official who identified camels by the taste of their spoor. Interviewed by Time Magazine, Dr Johnson announced. “If you were a dung beetle, dung would taste like sugar on your tongue.” In either case you wonder how they know.