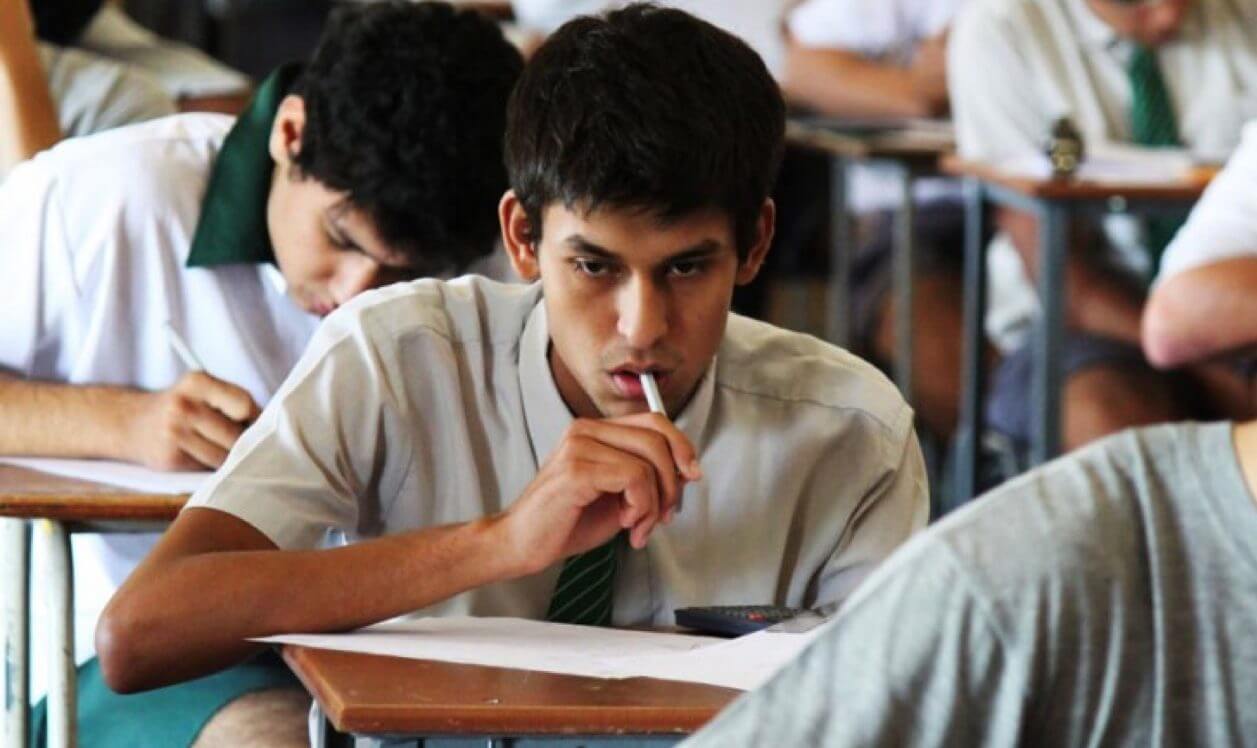 Exams are arbitrary and unfair. If you’re lazy and stupid you’ll probably fail; if you’re clever and work hard—and don’t crack up—you probably won’t. Between those two extremes, though, a lot is down to character and chance. Certain kinds of intelligence have difficulty displaying themselves to advantage in the examination hall, while others find their form. Thus timed examinations are liable to discriminate against intelligent students who are absorbed in their subject in favour of canny students who concentrate on learning how to pass exams. Exams may promote the fluent and glib over the deep and thoughtful, the single-minded over the many-faceted, the fox over the hedgehog.

All of these different forms of intelligence are forced into a linear grading system that cannot, by definition, do justice to the different kinds of intellectual aptitude that students—and people in general—possess. Two weeks of non-stop examinations after three or four years of study—which remains the established practice at a good number of British universities—represent a sudden change of pace, a stressful and disconcerting episode which stimulates some examinees while others are disoriented or defeated.

And that’s the point. Exams are arbitrary, stressful and unfair. As life is. So, students, welcome to the world. Unlike most of what happens at university examinations really are a preparation for life. They are a rite of passage. Instead of body scarification or military conscription, as practised at other times and in other societies, we have exams. To survive them is to enter, at least potentially, the professional middle classes. You could try going to live in the wilderness for forty days and nights instead, or kill a lion with your bare hands, but most employers would not recognise this as a qualification.

How you respond to the stress of examinations can reveal more about you than a dozen dissertations. Whether you stay up all night revising and fall asleep in the examination hall. Whether you cop some drugs and hope they help. Whether you make yourself ill with worry and take your exams in hospital. Whether you resign yourself to fate and just cope. Or whether you cheat. 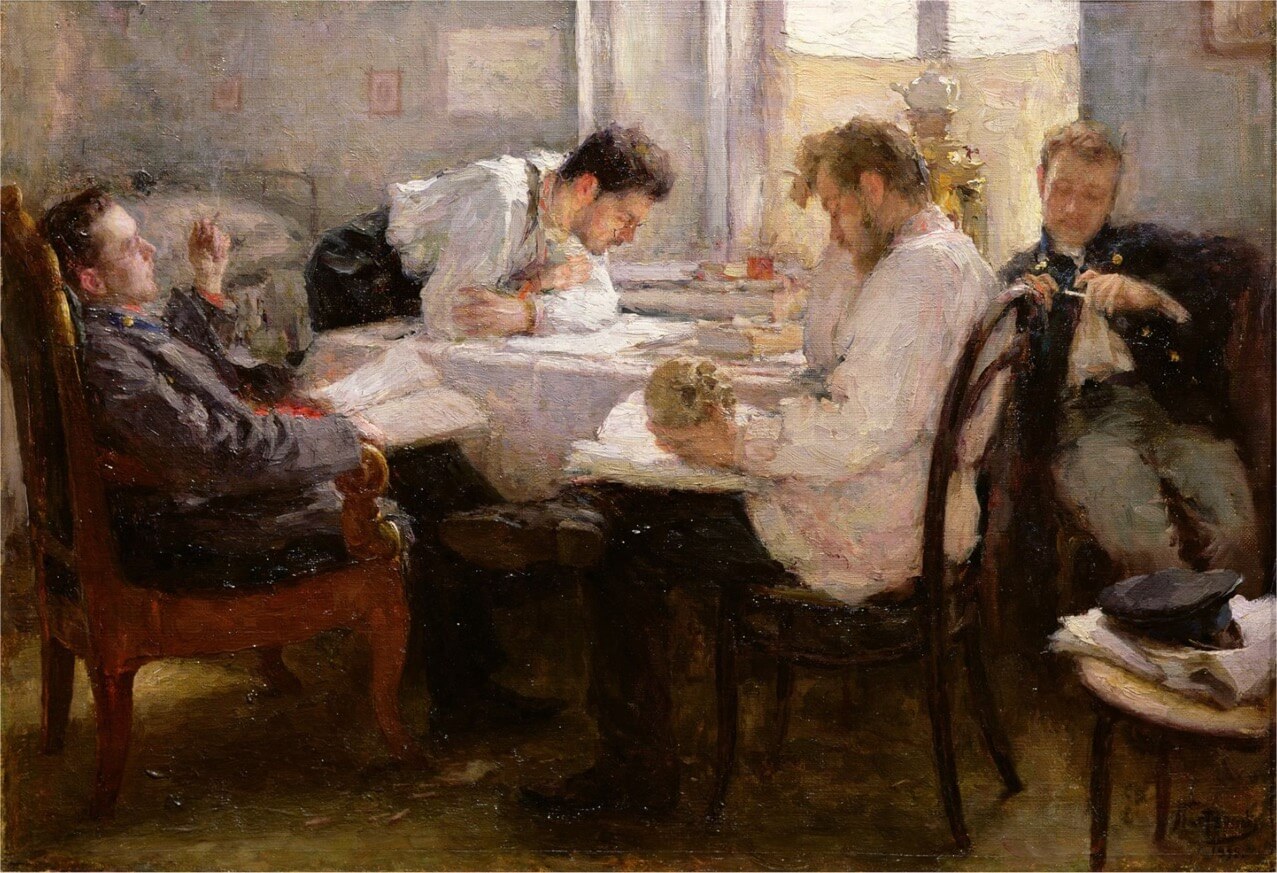 “The Night Before The Exam” by Leonid Pasternak

The President of the Students Union at Oxford, who was sent down—expelled—last week for cheating in her finals, was doubtless under at least as much pressure as any other candidate. Claiming a wrist injury and other difficulties, she was allowed by the examiners to use a laptop to take an exam. But instead of writing an answer she downloaded an essay she had written earlier. At least she wrote this essay herself. She did not, as far as we know, stitch it together from a crib sheet. Other unscrupulous examinees have attempted to use ear-pieces and radio links, as well as time-honoured low-tech ploys, like writing notes on shirt cuffs or lower limbs to be consulted on a lavatory break. One of my contemporaries, I recollect, had such illegible handwriting that he was allowed to employ a typist to transcribe his answers, dictated by himself from his written papers. This was not cheating, of course, just buying time. Others embrace the radical valetudinarian strategy: fall ill and get an extra year.

It seems odd that Katherine Rainwood, the Oxford student involved, was allowed to use her own laptop. And she can’t have planned her deception very carefully, or she would have been able to make sure she left no evidence. It is tempting, but wrong, to say that her failure was getting caught. As President of the Union she was likely, after all, to be an aspirant politician, and it seems we do not expect much more of politicians. In public life there are many successful cheaters. Teddy Kennedy paid a friend to take an exam for him at Harvard. Jeffrey Archer, in discussing his academic bona fides has—as they say—been economical with the truth. In life politicians routinely break their promises, deceive their spouses, lie to the public and yet prosper—at least until they get caught. Anyone who has been to a university of the kind that Miss Rainwood attended knows that, by and large, it’s the creeps who go into politics. Like exams themselves, politicians may be considered a necessary evil.

But cheating has to be punished. The exam system may be erratic in its assessments, but its purpose is to subject all candidates to the same ordeal. It is primarily a test, not so much of brainpower as of moral resources. The results of exams are something to be overcome or forgotten, but the experience of taking them—the panic, the cold sweat, the relief that it is all over—helps make us grown-up. There are other ways of becoming an adult—better ways maybe—but higher education is the way most people choose now. We are all equal before the examination board. And we live with the limitations of the system. It is necessary to stick to the rules, in all their arbitrariness, at the same time as we understand their limitations. Because if one person cheats and gets away with it, everyone else is cheated. ★