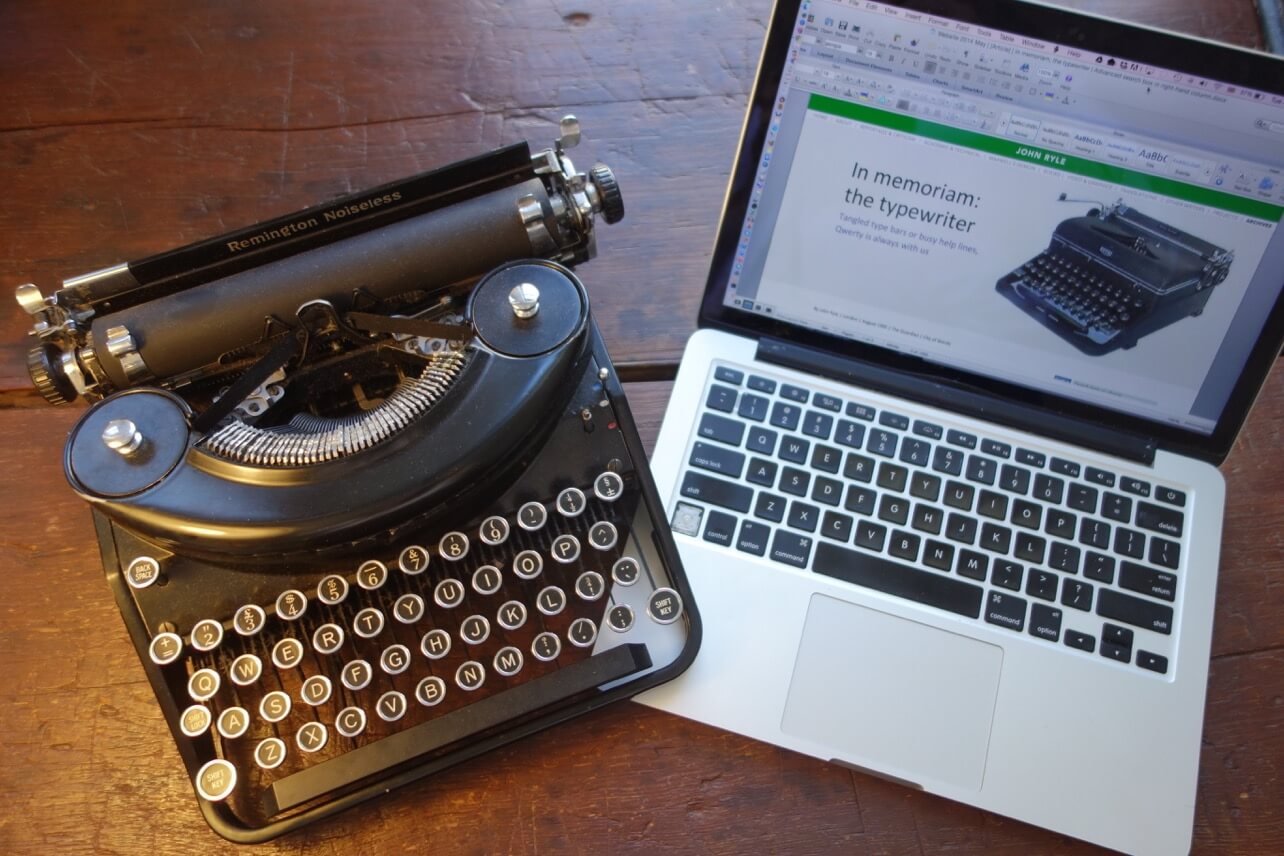 It’s a notable demise—just a decade after word processors were invented—but I can’t say I’m in mourning. And I don’t suppose you are either. If you are of a certain generation, you’ll still be able to remember the messy business of composition with a manual typewriter. The twisted ribbons, the tangled typebars, the half-congealed correction fluid, the copy typing, the cutting and the pasting. Not so great.

I’d rather be grappling with the bugs and glitches in Windows, the world-conquering operating system for personal computers, the latest version of which 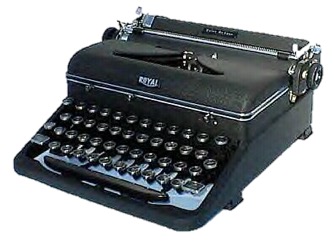 is due to be launched any day now. Being what IT analysts call an early adopter, drawn to new devices as a moth to the flame, I know I’ll be spending half my time struggling to reconfigure fonts and button bars in the new software—and the other half held in a queue on the Microsoft helpline.

Do I care? It seems not. The truth is I’d rather struggle with software than do the writing. And computers come with their own displacement activities built-in. Not just games, like the screen version of Solitaire that appears on the opening menu of Windows—a feature that seems to mock the loneliness of those late nights at the keyboard—but word-processing software itself, which, full of tricks, can barely be mastered before it is superseded. Format, Font, Spacing are constant invitations to distraction. And that’s even before you go online.

The final demise of the typewriter raises once again the question of whether using a computer—ie composing in electronic space—affects the way we write in some more profound way. Using a typewriter is like riding a bicycle: once you’ve got the hang of it you can do it; the finer points are few. But using a computer to write is more like horsemanship: the rider and the steed in a relationship where each can bring out good and bad in the other. And there’s the temptation to gallop before you can trot: modern word-processing packages lure a certain sort of writer into becoming simultaneously publisher, editor and designer; choosing typefaces and shifting text around as soon as a couple of sentences are up on the screen.

Unmanned by a mouse

Meanwhile, those who are still leery of the computer tend to fear something else. It is not so much the temptation of distraction; rather a subtle alteration of their writing style that results from subordination to the technological imperative of the new machine. For them the processed word is something like processed cheese, denatured by its passage through digital space. Thus the novelist Martin Amis says he is fearful of being unmanned by the mouse, pixellated into mindlessness by the wink of the cursor—not thinking but blinking. He tells the Independent:

I suspect the word-processor doesn’t have a good effect on prose. The little mouse that vibrates away on the screen makes you think you are thinking when really you are not.

Screen dread of this kind is the product of a change in the physical relationship between writer and keyboard. Although computer designers incorporate a couple of millimetres of travel and a feeble click into the keys, they have taken the physical effort out of it. Even electric typewriters offered the firm smack of the daisywheel (a transitional technology also doomed to be forgotten) transferring pigment, letter by letter, onto paper. But with the computer thought is translated effortlessly, still malleable, into another dimension. It is as though it had not quite left your brain. Like watching paint dry. Or rather, let me rephrase that last sentence (which is easy, of course, when you write on a computer), it’s more like pottery. On screen the prose can still be shaped; it has yet to be fired, to harden, to be fixed, to be printed.

To the writer who is accustomed to linear composition this malleability may feel like loss of control. There was an element of machismo in the physical hammering of a typewriter. It was the closest some writers got to aerobic exercise. The rat-a-tat was the noise of attack. The names of typewriter manufacturers—Remington and Smith-Corona—are also the names of guns. And the reason you could hammer away at a typewriter was because it was not itself malleable. You could rip the paper from the platen in frustration and hurl it across the room, as in a dozen Hollywood movies; you could stub cigarettes out on it. The scars this left on the machine bespoke the writer’s struggle with words. If you treat a computer in this way, it breaks. There can be no tangible aggression in the act of writing anymore. Now, when you bash out a draft, it is a strictly metaphorical expression.

Do the new conditions of production change a writer’s style? Instead of short, punchy sentences—sentences that reflect staccato bursts of typewriter keystrokes—do we now, under the influence of a technology which allows the effortless addition of endless subordinate clauses and adjectives, write in longer, lankier, more agglutinative sentences—more like the one you are reading now? Is the computer to blame for a return to prolixity? The computer itself, of course, can answer that question. In this case the word count function assures me that I have not turned into Henry James: there are still only 18.2 words in an average sentence of this article.

Can you tell, in fact, if a given piece of writing has been electronically composed or not? Content aside, I doubt if you could discern on stylistic grounds whether this column was written on, let us say, a cutting-edge Tsunami laptop with Glossolalia word-processing software, or on the trusty bullet-proof Anachron Retro manual typewriter bequeathed to me by my great-grandfather shortly after the siege of Mafeking. Or, for that matter, with a pencil and paper. Or improvised down the phone, transcribed by voice-recognition software and electronically pasted direct onto the page with no human intermediary at all. The new writing technology does not draw attention to itself. It’s meant to be transparent. And indispensable. And it has become so.

Typewriters have had a good run. More than a century. First marketed in the 1870s by Philo Remington, they’ve outlasted the slide-rule, the sextant and the bolt-action rifle—the latter also manufactured by Remington. Today, if you still possess a typewriter, you may find it’s an antique (though it probably won’t fetch as much as the machine Ian Fleming used to write the James Bond novels, which sold at Christie’s for £50,000 a couple of months ago). Yet you could still use it without difficulty. And for a single reason. Technology moves on, typewriters disappear, but there’s one thing that never changes: the Qwerty keyboard, born in 1868 and still going strong.

There has been endless research supposedly demonstrating that other arrangements of the keys would be easier to learn, less tiring and speedier, but Qwerty is like some old acquaintance we just can’t shake off, or—to use an analogy closer to home—like a computer virus, enduring and self-replicating. We don’t like it particularly, but we don’t dislike it enough to get rid of it. The letters of the keyboard have to be arranged somehow, so why not this way? And Qwerty serves to reassure us in the transition to the new machine.

Golfballs and daisywheels come and go; platens give way to screens, but for those in the world who use the Roman alphabet, unless the keyboard is displaced by voice or handwriting recognition devices, it looks like Qwerty, dance-master to our nervous fingers, will be with us forever. ★