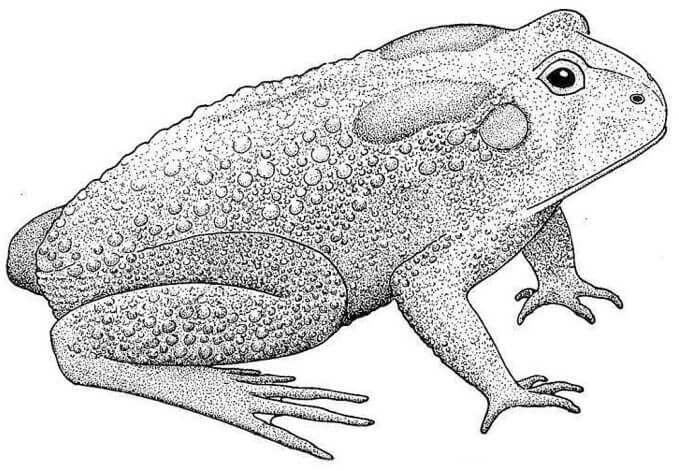 Are you in the habit of kissing toads? Would you be willing to take part in a research project? Our topic is speciation, the relation of the toad family to human descent groups; in particular, the vexed question of the origin of princes.

The consensus hitherto has been that princes were just frogs whose ancestors got lucky in the kissing department. But according to HRH Prince Dmitri of Yugoslavia this is not always the case. When asked by an American admirer—one perhaps unversed in European folklore—what it was like to be a prince, Prince Dmitri replied, according to Robert M. DeGraaff, as follows: “I can’t really say—I’ve never been a toad.”

It is normally, of course, frogs, not toads, that turn into princes. Could it be that the distinction between the two has been lost in translation? Or is Prince Dmitri implying, with princely delicacy, that there are royal families—not his of course—who are of toad, rather than frog, extraction, thus revealing a hidden hopping order, a hierarchy as yet unchronicled in the Almanach de Gotha?

Frogs and toads—and princes by extension—are all Anura, members of the tailless tribe. They are brothers, or cousins at least. Yet they have acquired contrasting roles in the human imagination, like mushrooms and toadstools, or butterflies and moths. Frog and toad—for us—are the Jacob and Esau of the reptile world. One of them is, broadly-speaking, smooth-skinned, the other dry and warty; one is a pond-dweller, the other lurks half-underground; one is edible—even kissable—the other ugly and untoothsome, like an old tomato. Though zoologically closely related, at the symbolic level frogs and toads are diametrically opposed.

So if you’ve ever kissed a toad—even by mistake—please let us know what happened. Did it, perhaps, turn into a frog?

In this regard you should, of course, be sure to keep your tongue firmly in your cheek. Because toads have toxic skin. The tally of the psychotropic substances that they harbour—as listed in the never less than fascinating The Book of the Toad—is alarming. It leaves you in no doubt why toads have been a staple of the witches’ brew. One new-world toad species, Bufo marinus, which is particularly rich in serotonin, bufotenine, adrenaline and dopamine—turns out to be a key ingredient of Haitian zombie poison, which induces a near-death state in its victims.

You’d think all this might be enough protection for a toad; but toads are slow. They are no match for running or gliding or flying predators. Some of their foes, such as salamanders and seagulls, have found ways of avoiding the really poisonous bits. Ravenous racoons manage to eviscerate toads without touching the skin at all. And snakes and badgers appear to have immunity to the bufotoxins that are a toad’s primary protection.

Our own European fire-bellied toads, Bombina bombina and Bombina variegate, have developed an additional defence against predation, known as the “unken reflex”. When a toad of this species is attacked both ends of its body curl up over its back leaving only its bright red hypertoxic underparts and feet exposed. Yet these fire-bellied toads are quite rare: it seems that grass-snakes and lawn-mowers snag all but a few of them.

A toad that does survive is capable of polishing off a fair amount of flora and fauna in its turn. Bufo americanus, according to The Book of the Toad, holds the record. One specimen is recorded as having consumed, in the course of an hour, 152 Mexican beetles, a cherry tomato and a black widow spider. Americanus, we are told, takes just sixteen thousandths of a second to flip its tongue and snare a fly. It makes you wonder what it was doing the rest of the time. Having a siesta, probably.

There is at least one species of toad that is an autophage: it eats its own skin. And in Chinese folklore, furthermore—so we learn from this seductive book—the man in the moon is not a man but a giant toad, which eats the moon itself, nibbling away at its domain day after day. The Chinese moon-toad occasionally attempts to swallow the moon whole, thus provoking an eclipse.

You can see why Prince Dmitri and the royal families of Europe would be shy of acknowledging descent from this warty gourmand, this undiscriminating satyromane. Yet toads do have their charms: DeGraaff is particularly keen on the noises they make, and his own prose sings as he records their “nasal quonks, raspy snores, weak low-pitched toots, rolling trills and explosive quacks”.

To return to the question of the origin of princes, doesn’t this array of noises remind you of something? Surely it is the sound of our own British upper crust in full cry—quonking and tooting, trilling and quacking.

When it comes to the merchant princes of our time, though, it is clear that only some of them are of frog provenance, while others must be from the toad side. The Gettys, for instance, may be of the frog line, but Robert Maxwell was clearly a toad. And Rupert Murdoch also. DeGraaff doesn’t go into the question of possible toadly links with this new aristocracy of commerce; his admiration for toads is such that he might consider the connection demeaning. But his alluring and elegantly illustrated book provides ample and diverting evidence of the enduring analogies between these compelling, ambiguous creatures and ourselves.