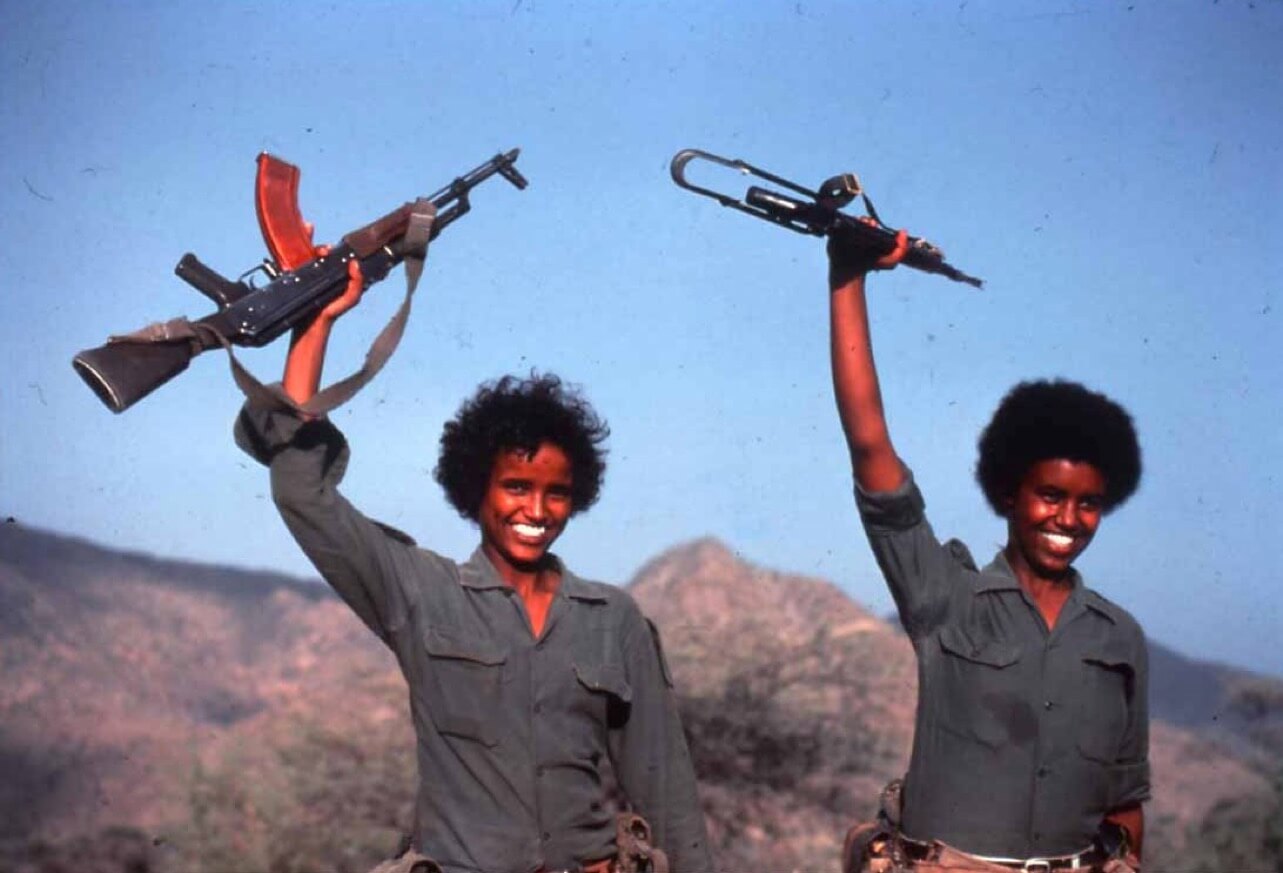 In 1995, the Tigrayan People’s Liberation Movement celebrated its twentieth anniversary in Mekelle, a town in northern Ethiopia near the border with Eritrea. There were two guests of honour that day: Meles Zenawi, long-time leader of the TPLF, elected as President of Ethiopia following the defeat of the Derg regime in 1991; and Isaias Afewerke, leader of the Eritrean Peoples Liberation Front, president 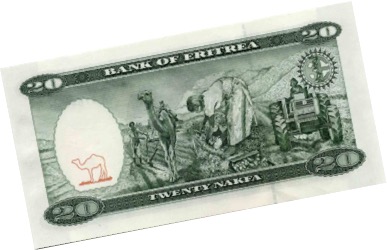 of the newly-independent state of Eritrea, once the northernmost Ethiopian province.

The two guerilla movements had fought together for twenty years to defeat the Derg. Then—unprecedentedly in Africa—they agreed to an amicable secession. In western diplomatic circles Meles and Isaias were touted as a new breed of African statesman, unsullied by corruption and autocracy. After three decades of war in the Horn of Africa, things were looking up. That evening in Mekelle, under a spreading fig tree on the outskirts of the town, I watched with other guests as Meles and Isaias, the short and the tall, serenaded by the veteran Ethiopian singer Mahmud Ahmed, danced in the moonlight.

It’s a scene that is unlikely to be repeated on the TPLF’s thirtieth anniversary this year. Africa’s velvet divorce took only a few years to unravel. In 1998 the Eritrean army moved into a border area administered by Ethiopia. Ethiopia retaliated by bombing the Eritrean capital, Asmara, a high-altitude city that is an astonishing hidden jewel of Italian-inspired modernist architecture. The Eritrean air force bombed Mekelle. Then the Ethiopian air force attacked the Red Sea port of Massawa. Finally the Ethiopian army (which hugely outnumbers that of its diminutive neighbour) retook the disputed border area.

The conflict, as Michela Wrong explains, has been economically ruinous for both countries: Eritrea depends on Ethiopia for trade, while Ethiopia is land-locked without access to the Red Sea. A UN monitoring force has kept the peace since 2001; but the stand-off is not over. Last year a boundary commission ruled in Eritrea’s favour; Ethiopia offered a compromise, Eritrea rejected it.

Meantime the political situation within Eritrea has worsened. Isaias Afewerki, the physically imposing president, who in his days as a guerrilla leader charmed such foreign visitors as Glenys Kinnock and the Australian novelist Thomas Keneally, has incarcerated dozens of his erstwhile comrades-in-arms. The independent press has been closed down; prominent Eritreans have gone into exile. Famine threatens large parts of the country. It seems that Eritrea, once an African Catalonia, a promised land for a generation of Western supporters of anti-colonial solidarity movements, has become a basket-case, a giant prison. How did it come to this? 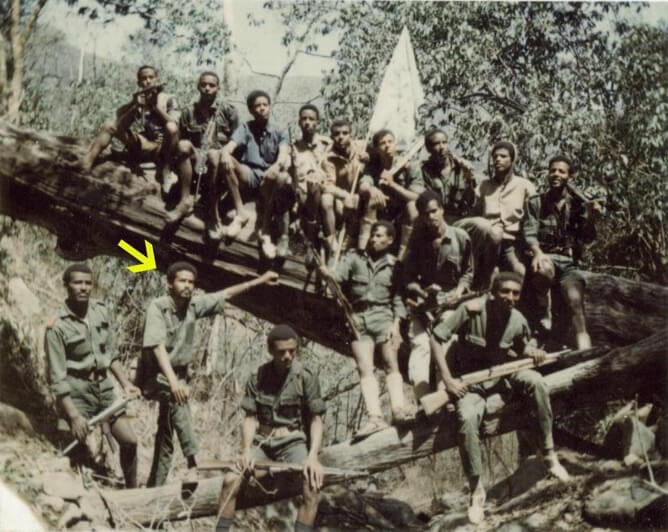 The origins of Eritrea

In I Didn’t Do It For You, Michela Wrong takes us into the history of this remote and arduous region, where a succession of African and European powers has claimed sovereignty.

“It’s hard,” she writes, “to think of another African country that was interfered with by foreign powers quite so thoroughly and so disastrously.”

The first difficulty, as Wrong acknowledges, is that Eritrea is itself the creation of colonialism. Parts of it were associated with earlier incarnations of the Ethiopian empire, but it took the Italian invasion in 1886 to give it a single name, Eritrea, taken from the Latin for the Red Sea. Italy also transformed communications in its new African colony, notably by the construction of a railway up the escarpment to Asmara from Massawa, a marvel of engineering that ascends over seven thousand feet in a couple of hundred kilometers. 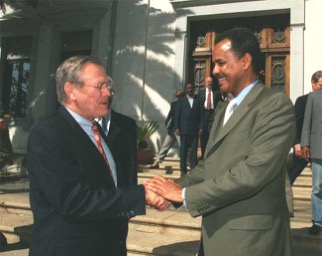 But Mussolini’s decision to invade Ethiopia in 1935 undid any good work the Italians had done. Tens of thousands of Eritrean soldiers—forefathers of the EPLF guerilla fighters—acted as cannon fodder in a campaign to link Eritrea with the Italian colony of Somalia and create a new Roman empire in Africa. In 1942 the Allies destroyed the Duce’s short-lived vision with a giant pincer movement: British imperial forces attacked from Kenya in the south and Sudan in the north-west. The campaign culminated in a contest for the commanding heights of Keren on the Eritrean plateau, a battle—described here with exemplary vividness—that was as grim and unrelenting as Monte Cassino in Italy two years later.

The British administration that followed misappropriated, by Wrong’s reckoning, a large part of Eritrea’s industrial capacity, shipping it off for use in the war effort elsewhere. Then, with Haile Selassie restored to the throne, the country was handed back to Ethiopia. An insurgency against Haile Selassie’s rule began in the 1960s and continued when the Derg deposed him in 1974. At this point, the Soviet Union entered the fray, choking the region with Warsaw Pact weaponry. The war ended only with the collapse of the Soviet empire and the defeat of the Derg in 1992.

From Washington to the Kagnew Station

Michela Wrong’s earlier book, In the Footsteps of Mr Kurtz, described the interplay of home-grown tyranny and western greed in the Congo. I Didn’t Do It For You is likewise strong on the grotesque aspects of the foreign presence in the Horn of Africa. There is a remarkable account of the US Army signals intelligence centre, Kagnew Station, a listening post that took advantage of the altitude of the Eritrean capital to monitor Soviet telecommunications during the Cold War. Wrong also pays tribute to the truly heroic quality of the Eritrean resistance in the 1980s and 1990s—the underground bush hospitals, the night convoys, the asceticism of EPLF cadres, both men and women, with their signature afro hairdos and tyre-rubber sandals, presenting an image of struggle that was so beguiling to bien-pensant western visitors.

Absent, though, is an exploration of the ethnic and religious composition of the Eritrean polity. Small though the country is, it is not culturally uniform. It is dominated, like Ethiopia, by Christian highlanders. In Eritrea this means speakers of Tigrigna, the language also spoken across the border in the Ethiopian province of Tigray (hence the former fraternity between the TPLF and the EPLF leadership). Yet half of the four million or so inhabitants of Eritrea are neither Tigrigna-speakers nor Christians; most of these groups are Muslims. They spill over into Sudan, where the Islamist regime is currently, unsurprisingly, at odds with the government of Isaias Afewerke.

Eritrea’s mixed population and its strategic position on the Red Sea mean that in the age of global terrorism it is unlikely to get any respite from outside interference. Today there is renewed activity on the part of the United States in the Horn of Africa. Eritrea and Ethiopia have both been major clients for US humanitarian aid and military assistance. Yet US diplomats have been unable to reconcile the two countries. To get a better idea why not, they should read this book. ★

Slowly along the Swahili coast in the rainy season, 1984