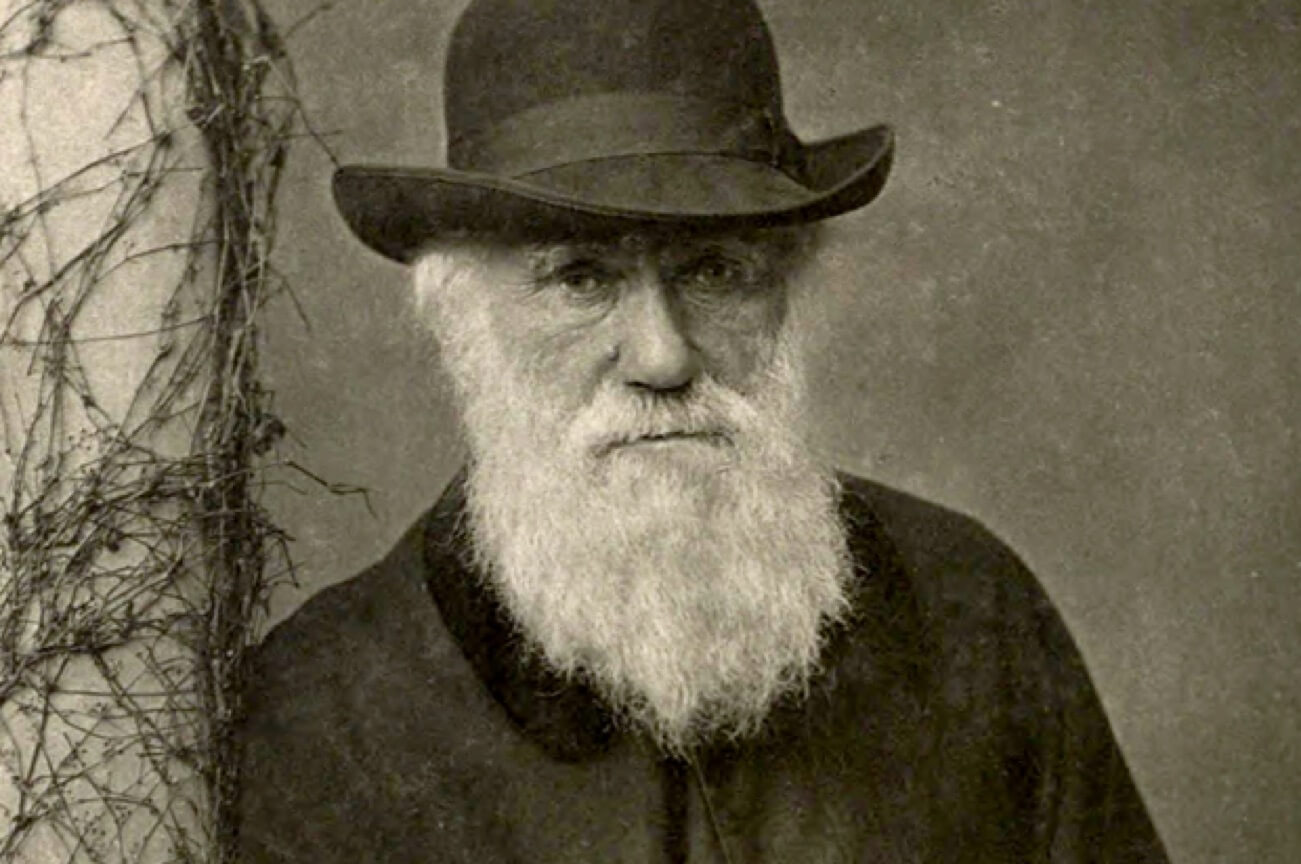 Of revolutionary thinkers Charles Darwin was not only one of the very greatest, but surely also the most lovable. A dunce at school, too squeamish for medicine, diverted from a career as a country vicar by his fascination with beetles and birds, Darwin’s early life is reassuringly erratic. He was not an obvious genius. His later brilliance as a naturalist—the diligence and doggedness that precipitated a transformation in our view of the living universe—is free of arrogance or condescension. His endless curiosity bespeaks a loving absorption in the natural world.

By all accounts Darwin was a decent person. On board the Beagle he was a model of patience and restraint, dining night after night for five years with her manic depressive captain. Married, he was a faithful husband, mindful of his wife’s anxiety about the dire implications of his work for the future of Christian belief, and a loving father who spent a lifetime grieving the death of his daughter. And he suffered for his greatness: forty years of stomach pains and vomiting, migraines and eczema lie behind the calmness of his prose. It was he, primarily, who paid the price of his fame, rather than, as so often in the lives of the great, those around him.

It is hard, then, for a life of Darwin—“Charles” to the authors of the latest biography—to avoid a hagiographic strain, but Desmond and Moore (should we call them Adrian and James?) do their damnedest. We learn about Darwin the idle scion of the squirearchy, revelling in a Cambridge teeming with prostitutes, about Darwin the rentier, shrewdly investing in the new Great Northern Railway, calculating his wife’s dowry. We are told of his timidity: the mirror he installed outside his study window to spy on visitors as they came up the drive; his nervous fear of the subversive effect his theory would have on the social order in which he occupied such a comfortable position.

The authors of Darwin strike a lurid note at the start. “It is 1839,” they write,

England is tumbling towards anarchy…. The gutter presses are fizzing, fire-bombs are flying… a million socialists are castigating marriage, capitalism, and the fat, corrupt, Established Church…. The science of life lies ruined, turned into a creationist citadel by the Church.

At this point Darwin is thirty years old, recently returned from the Beagle voyage, an affable young Tory gentleman, with a reputation as an up-and-coming geologist and soon-to-be-published accounts of the formation of coral reefs and mountain ranges. At the same time he is beginning, fatefully, his notebook on the species question. In this area of investigation his conclusions turn out to be even more subversive than socialist agitation in the body politic. Species are not fixed but mutable, he concludes. Humans are not the creation of the demiurge, but descendants of hermaphrodite molluscs. Nature is profligate. Life is the struggle to survive. Morality, belief in God and the human mind all emerge from the material realm, from the same process of struggle.

The lineaments of Darwin’s revolutionary theory of organic evolution are all here, in the notebook. Yet he famously put it aside and spent the next two decades writing book after book about barnacles. He did not publish The Origin of Species until 1859—and then because he was about to be scooped by another naturalist, Alfred Russel Wallace. (Darwin behaved properly, of course, giving Wallace his share of the credit.)

What kept him? Was it terror of the void, of a world without a creator? Or fear of insurrection, fear that the idea of the mutability of species would give succour to socialists, atheists and hooligans—to the class enemy, reinforcing their demand for a change in the social order? Was it because he wanted time to accumulate more evidence, to make the case for mutability unassailable? Or was he worried about professional respectability, scared of jeopardising his career? Or was it, perhaps, because he loved Emma, his devoutly Christian wife?

Adrian Desmond’s and James Moore’s achievement in this biography is to set Darwin’s public certainties and private doubts firmly in the matrix of late-Victorian conflicts over political power and scientific knowledge. Both authors are established scholars of Victorian science. Their Darwin is dense with reference to learned societies and professional associations, the minutiae of scientific and theological controversies and the interest groups behind them. Their account of the social ecology of the new learning is as rich as Darwin’s account of a coral reef, modifying the crudeness of their opening picture of England on the brink of a revolution that never happened. They show how the potentially subversive new science was transformed from a threat to the established order into a pillar of late-Victorian liberalism. Darwinism had a social origin, they argue. The idea of nature’s plenitude, of her profligacy, the idea central to natural selection, cannot be separated from Malthusian ideas of political economy. In this view Nature is a free market; it serves the Whig interest.

There is plenty of scope for argument. No life is as well-documented as Darwin’s: every note, every letter, every draft of every book survives. The family seems never to have thrown anything away. There are 14,000 recorded letters to and from him. The notebooks, in Darwin’s barely legible handwriting, with their cryptic passages and spelling mistakes, have been laboriously deciphered. More is known about the day-to-day development of Darwin’s ideas about natural selection than any other scientific theory in history. Desmond and Moore have exploited this material as no other biographers have done. It is all the odder that such a learned pair seem to have supped so extravagantly at the tabloid end of Fleet Street. In their narrative, rivals spit venom, books are torn apart, debates rage, theories are slammed, arguments are left in tatters, and disputes culminate in bloodlettings. There is a staccato violence in the style, an anxious stress on the wild energies and violent repressions of Victorian society. It is as if they feel they have to compensate stylistically for the deceptive calm in Darwin’s own writing—and thus err in the opposite direction.

Perhaps it is for this reason that the famously valetudinarian Darwin comes most alive in this biography when he is ill. Creative malady or spiritual warfare? Tropical parasite or psychosomatic disorder? Desmond and Moore don’t speculate about possible organic causes. In their book Darwin’s afflictions are distant echoes of discontent in the body politic: a rick is burnt in Kent, there are rumblings in the belly of the sage. Darwin’s anxieties become a microcosm of the social conflicts of the time. He is the fulcrum in a power shift favouring the rising professionals over the squirearchy; consciously or unconsciously, he takes the strain.

Darwin himself did not know what was wrong with him. Over the years he tried every remedy on offer for his vomiting and stomach pains, a whole catalogue of quackery: galvanizing his insides with “electric chains”; sucking lemons and giving up snuff, switching back and forth between one special regimen and another: Condy’s ozonized water, a diet of “toast and meat”, icepacks on the spine, and bouts of hydrotherapy, the great panacea of the age. On one occasion he lists his own symptoms: “vomiting, shivering, hysterical crying, ringing in ears, nervousness when Emma leaves me.” On another these symptoms are diagnosed by the latest doctor as suppressed gout. “What the devil is suppressed gout?” Darwin asks.

Whatever afflictions Darwin suffered, psychosomatic or otherwise, indolence was not one of them. Throughout his life he maintained a steady output of monographs, on the fertilisation of orchids, on climbing plants, on animal breeding and a dozen other topics. The only cure for nature’s exactions on his body was more work: more natural history, more questionnaires for pigeon breeders, more soaking of seeds in salt water, more letters from Lapland about the length of reindeer antlers, more dyeing pigeons’ feathers indigo and cropping gamecocks to see if it affected their mating habits. Here even Desmond and Moore slacken in their determination to link the work to political economy. Late in life Darwin told the botanist Joseph Hooker that orchids and corals moved him more than Handel. “I am a withered leaf,” he said, “for every subject except science.” The title of his last work is gravely apposite: The Formation of Vegetable Mould through the Action of Worms.

Darwin’s funeral and his burial in Westminster Abbey, Desmond and Moore argue, mark the worldly triumph of science, the recognition of the profession of scientist, the “accession to power of the traders in nature’s market place”. Darwin, they conclude, “naturalized creation and delivered human nature and human destiny into their hands.” Thanks to him we now live in a world where the idea of change has been incorporated into the social order.

It is the achievement of this biography to give Darwin his place in the history of institutionalized knowledge, to show how his ideas were domesticated, how they were articulated through available metaphors. But this explanation does not tackle the question of how they also transcend the society that nurtured them. The idea of evolution through natural selection is not only applicable in societies that see nature through Malthusian spectacles. And just as Darwin is more than an affable Tory squire, Darwinism, to be any kind of scientific truth, must outlast—as it has done—the historical crisis that gave birth to it. It is a truth from elsewhere, albeit one that came into being in particular historical circumstances. Such truths are like the tree of Turkestan in William Empson’s poem, “Note on Local Flora”, written after a visit to Kew Gardens.

Whose hard cold cones, not being wards to time,
Will leave their mother only for good cause;
Will ripen only in a forest fire. ★

From the desert to the casbah

Paul Bowles discusses his work as a composer, writerand translator—and why he never leaves Tangier....