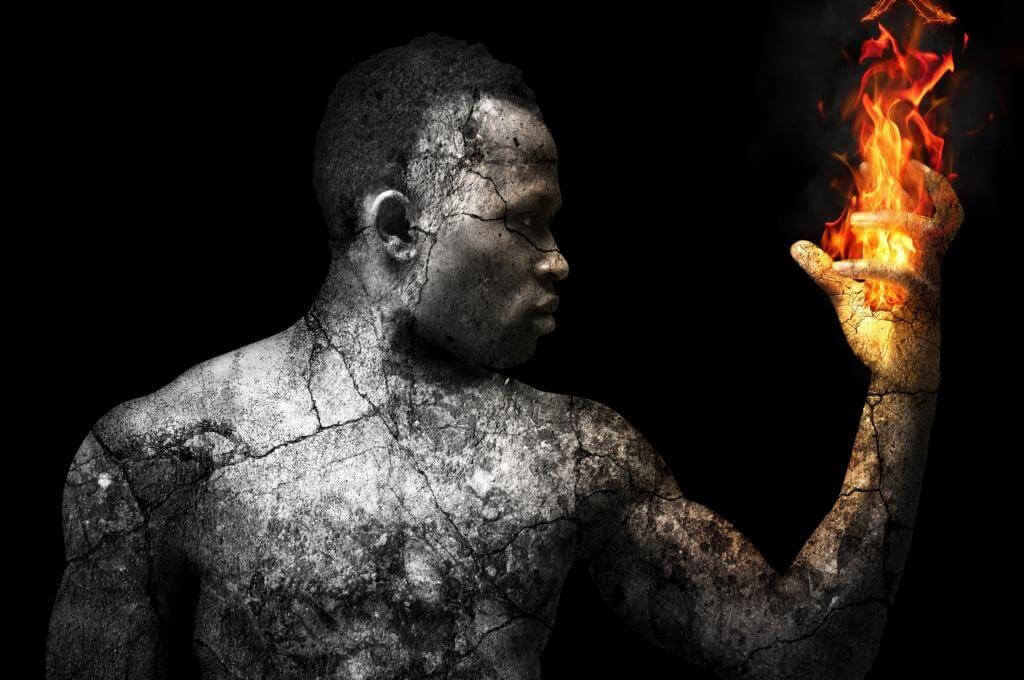 All Souls, Hallowe’en, Bonfire Night, Diwali. These oddly-assorted festivals stumble over one another as the clocks change. They all fall in the Fall, in autumn, the firework season, when the growing dark reminds us that before we worshipped any other god we worshipped fire.

Today, on All Souls Day, the Day of the Dead, Christian churchgoers are enjoined to pray for the souls of the departed. These dead souls include in their number the sixteenth-century Catholic dissident Guy Fawkes, whose torture, dismemberment and hanging are, in England, the occasion for the fireworks and festivities of Bonfire Night later this week. (In parts of the Catholic world there is a similar fire festival in which an effigy of Judas, rather than Guy Fawkes, is burned.) In recent years, though, the opening of the firework season in Britain, at least in cities with large immigrant populations such as London and Bradford, has been extended back into October by a more centrally religious event, Diwali, the festival of lights and flowers, which honours Lakshmi, the Hindu goddess of wealth.

Fireworks—chemical flowers—are the common denominator of these festivals. What we have in Britain at this time of year, it can be argued, is more than an overlap of events in the religious calendar. It is an invocation of something pre-Christian and pre-Hindu, something primordial: a feast of fire.

Many Christian festivals, of course, have pagan origins, starting with Christmas itself. And celebrations of Hallowe’en—in England and the United States at least—have become pagan once more, a bizarre marriage of science fiction and gothic horror. But the popularity of Guy Fawkes is something different. Bonfire Night reflects a delight in pyrotechnics that seems to be detached from established religion, while retaining a distinctly ecstatic element. (The drama is intensified, tragically, by the yearly sacrifice of children in the carnage from sparklers and misfired rockets.)

Firework displays celebrate not only the wonders of modern explosives but also the dawn of human culture, the beginnings of technology. They represent the Promethean moment, when fire was first domesticated. But fire is addictive. This is why is not much use telling children not to play with it. As humans, it’s what we want to be playing with most of all—as well as cooking with it and killing with it. And we have done so since we first beheld it. Fire gave us our edge over other animals. And it has led us to the fix we are in today, with our ceaseless pursuit of greater and greater firepower, both in industry and in war.

Guy Fawkes’s Night, oddly, commemorates a series of events that did not occur. It’s a what-if festival. The plot was foiled; the explosives Guy Fawkes and his co-conspirators laid in the cellar beneath Parliament in 1605 didn’t go off.  This non-explosion, the narrowly averted disaster—which would have involved the destruction of the monarch and the representatives of the body politic—is marked today with controlled explosions on ten thousand village greens, a mock reenactment of what could have happened—but did not. It is a symbolic death by fire: Guy Fawkes hoist by his own petard.

Yet Guy Fawkes didn’t die this way, either. He was not burned at the stake. The actual mode of his execution—hanged, drawn and quartered—seems to have been conflated in the public imagination with an earlier and still more barbaric form of capital punishment, the burning of witches and heretics.

And Guy Fawkes’ night is not the only annual outburst of pyrotechnics. To celebrate the anniversary of the Battle of Britain—the turning point of the World War II—we have, instead of air-raids, fireworks again, a prophylactic dose of flame. Other wartime anniversaries such as VJ Day are celebrated with fireworks too. These explosions celebrate peace but retain a suggestion of threat, of the bellicose potential of rocketry.  (One British firework maker, Astra, decided to become a weapons manufacturer, switching their  production lines from Roman candles and Catherine Wheels to rocket-powered grenades and flame throwers. Astra ended up as the £100 million arms dealing outfit that figured in the Iraqi supergun case.) 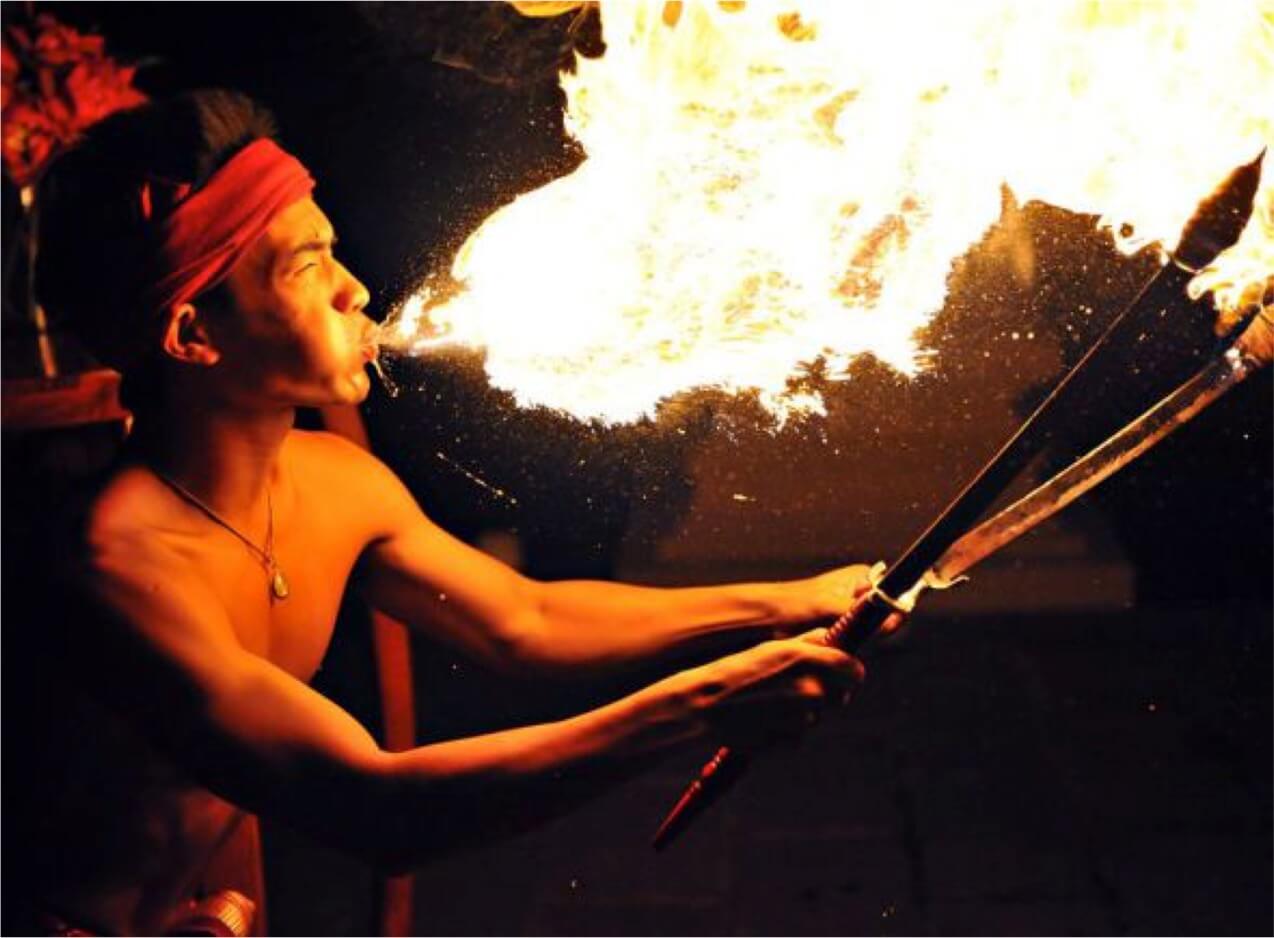 From Lakshmi to Shiva

Explosives kill people, but their discovery was, curiously, a byproduct of the search for the elixir of life. Ninth-century Chinese alchemists in pursuit of the secret of immortality, by a quirk, came up with gunpowder, and fireworks were the first use of it. Although it turned out not to confer immortality gunpowder did provide public entertainment, as it does today. The military and industrial use of explosives began much later. Modern fireworks, therefore, can be seen as a return to the original, ancient life-enhancing aspect of explosives technology. They are an attempt to convert lethal force back into entertainment, a reminder that we both live and die by the power of fire.

At the level of chemistry life and fire have something else in common, not just in a metaphorical sense. Burning is high-speed oxidation; the metabolic processes of living beings are also a form of oxidation, a very much slower version of a comparable process. Life can be understood as a slow burn; and fire may be described as a speeded-up version of what life is. In this sense the Chinese alchemists seeking the elixir of life were not completely off-track. Low explosives—the kind used in fireworks—are an accelerated form of fire, a fast burn, a late outgrowth of the taming of fire by stone-age man, that is to say, of the main event in human history.

Since the discovery of explosives the world has seen a continuous process of acceleration in the art of fire. There has been more and more rapid conflagration and hugely magnified explosive powers, all of them too fast for life. Nitroglycerine burns a thousand times faster than gunpowder. And a thermonuclear explosion is about a hundred times faster still. In the modern era, by cranking up the power of fire with scientific technology, we have generated an analagous acceleration in human history itself. And we are living with the consequences.

The delight we take in fireworks should put us in mind of this more dangerous knowledge, the knowledge, specifically, of the unquenchable fire of nuclear weapons. It was this that led Robert Oppenheimer, the father of the atomic bomb, to quote the Bhagavad Gita after the first nuclear test:

Now I am become Death, the destroyer of worlds

Today the world is in as much danger as ever from these weapons. With India and Pakistan among the nuclear powers the subcontinent, home of so many gods and festivals, is threatened. Even as we bear witness to the celebration of Diwali in this fiery autumn, it is Shiva, the destroyer, rather than Lakshmi, the bringer of wealth, who most urgently requires to be propitiated. ★