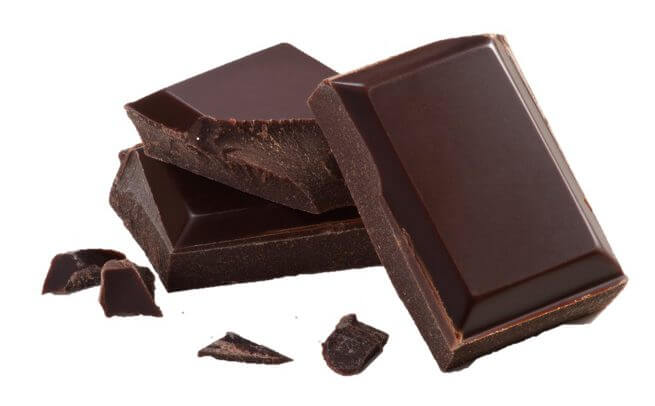 The good news this week is the rehabilitation of chocolate. First the finding that it shares a psychoactive ingredient with cannabis. Followed by the publication of a paper in the Lancet suggesting that its high phenol content helps keep arteries unclogged (like red wine, another reformed character). It seems that chocolate, which used to be fattening and bad for your skin, has become a health food. And a euphoriant. Soon, no doubt, we will learn that it improves the complexion, alleviates migraine and, if consumed in sufficient quantities, increases male sexual potency and cures the common cold.

It will certainly make a change from carob, the grim stuff that organic food stores used to sell to masochists as a chocolate substitute. A visit to a health food store today reveals real chocolate with a claim to be both ethically sound and enviromentally-friendly—good, that is, for the farmers that produce it, and for the earth itself.

Purchase a brand named Maya Gold—according to a wrapper dense with print and decorative motifs—and you show your commitment to a better world. This is surely enough excuse to increase ones rate of consumption. Reading the wrapper we learn that the Kekchi Maya of Belize, traditional cultivators of cacao trees, driven from their land by loggers and threatened with ruin by commodity speculation, have been saved by the chocolate makers, a company called Green and Black’s. Now the growers are guaranteed a fair price and a long-term contract, as long as they adhere to organic cultivation practices.

In this manner, we are informed, Belizean cacao growers have re-established continuity with the ancient civilization of the Maya, which flourished just over a millennium ago, where cocoa beans were so important that they became the unit of currency. Meanwhile we, the consumers, have the benefit of “rich, full-flavoured chocolate with 70% cocoa solids, further enhanced with a blend of orange oil and spices, the traditional Mayan way.”

So the old thrill of transgression when we eat chocolate may be gone, to be replaced by the subtler pleasure of self-righteousness.

The legend of Maya Gold

But it turns out that the legend on the wrapper of Maya Gold is just that—a legend. Two specialists in Mesoamerican anthropology and archaeology, Michael and Sophie Coe, have pointed out the weak points in the company’s grasp of Mayan history. Orange oil, they note, can hardly be described as a traditional ingredient for the Maya, since citrus fruits were unknown in pre-Columbian America. And Maya Gold is a misnomer too: it was the Aztecs who had the kingdom of gold; the Maya, for most of their history, didn’t know what gold was. Hence their use of cocoa beans for cash.

And though contemporary Mayan husbandry may be beyond reproach, it is almost certain that around 800 AD their ancient civilization collapsed as a direct result of overpopulation, overcultivation and environmental degradation, thus making 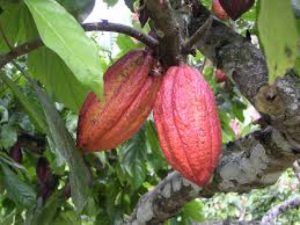 it a poor model for sustainable agriculture today. The motifs on the wrapper of Maya Gold, to cap it all, are not Mayan at all, but Mixtec and Teotihuacan.

Michael and Sophie Coe—more in sadness than anger—put forward a final, telling criticism of Maya Gold. This time it is a gastronomic point, one which excludes this eco-cocoa product from the Valhalla of chocolate aficionados. The proportions of cocoa solids and cocoa butter, they note, are the crucial factors differentiating proper chocolate from the mass-produced variety. Mass-produced chocolate is cut with sugar and cheap vegetable fat and may contain less than 40% cocoa solids. Connoisseurs would thus approve of the 70% in Maya Gold. But they would abhor the fact that it contains no cocoa butter, the most valuable product of the cocoa bean. In the finest chocolate, cocoa butter is recombined with the solids to take the edge off the bitter after-taste. Not in Maya Gold.

So Aztec Gold might be a more accurate name. But you can see why they didn’t call it that. The associations are too macabre. Although the Aztecs were partial to chocolate (they drank it with chili) they were also keen on human sacrifice. In Aztec cosmology chocolate and blood are ritually linked, as wine and blood are in the Christian eucharist. Sacrificial victims were fed chocolate on the eve of execution. Aztec Gold, furthermore, could be thought to have overtones of Acapulco Gold, the celebrated strain of Cannabis sativa. Despite the new-found chemical link between chocolate and cannabis, it may be too early to promote it as a legal high.

In Britain until recently the chocolate industry was dominated by Quakers, the first ethical investors. In the early nineteenth century, the Fry family of Bristol, then the largest chocolate manufacturer in the world, refused to buy cacao from the Spanish plantations on the island of São Tomé because they considered the slave-like working conditions there to be unacceptable to enlightened British consumers.

In the early twentieth century Fry’s was eaten up by Cadbury’s and, in the 1970s, the name Fry’s Chocolate finally disappeared. At that time speculation in West African cacao futures by chocolate manufacturers played havoc with the lives of farmers in Ghana and Cote d’Ivoire. If modern ethical consumerism had been invented chocolate-lovers could have made a difference. So we could do worse than eat Green & Black’s Maya Gold chocolate now, despite any reservations we may have about the sales talk, and hope it does not share the same fate. ★

The original published version of this piece argued that Fry’s had been the victim of its own ethical principles—that the company had been brought to the brink of bankruptcy because it eschewed the speculation in cacao futures that other companies were engaged in. But this does not seem to have been the case, in fact, and the acquisition of Fry’s by Cadbury’s was uncontentious. In the case of Green & Black’s, following criticism of the packaging of Maya Gold, the company made a series of changes. Out went the Mixtec and Teotihuacan motifs and the potted history of the Maya. And out, too, went the promise of 70% cocoa solids (replaced by “high cocoa solids”). Maya Gold now comes with certification from the Fairtrade Association and the Soil Association. In the decades after the 1990s the high-end chocolate market grew significantly (see, for example, Extreme Chocolate, by Bill Buford). And in 2004, Green & Black’s, like Fry’s before it, was taken over and became part of the giant food conglomerate Cadbury-Schweppes.