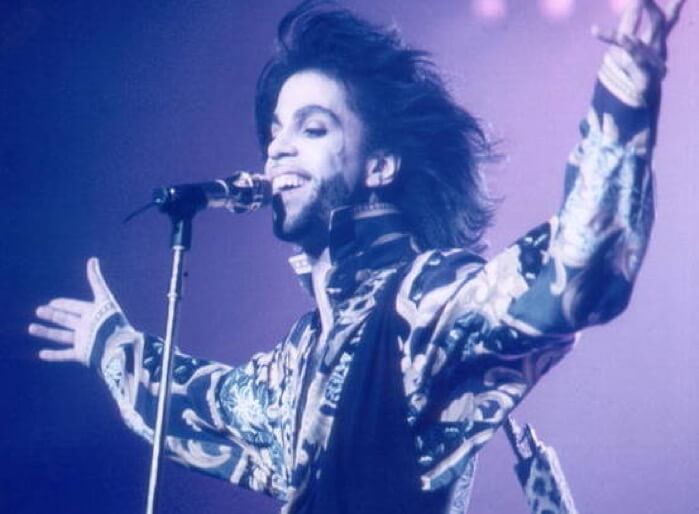 Prince Nelson’s tantric funk was a sensation of the 1980s, with its promise not just of sexual release but of religious transcendence through seduction. Sex wasn’t just a question of getting laid, we learned, it was about going to heaven. Sexiness was next to godliness. The adoring descriptions in Prince’s lyrics of the necessary techniques for this were a novelty, and he pursued them in deft zigzags through all available musical styles. The theology was, to say the least, heterodox and earned him the condemnation of some in the gospel church.

It was swooningly silly, but Prince’s musicianship sustained him through the delicate balance of camp and raunch, childishness and goatishness, that he maintained in his stage and film appearances. He had few hits but wrote three or four excellent songs, notably “Little Red Corvette” and “When Doves Cry”.

Those keen to follow Prince’s thoughts on the afterlife or the demiurge (with whom he appears to be on familiar terms) will be disappointed by his current show. He does not recite the Lord’s Prayer as he once did; he does not invoke the Holy Spirit; nor does he seek waist-level communion with the female members of his band. Gone are the mad costumes, the fetish and the tat, the Regency brocade. The show is called Nude but we do not see Prince naked. This is not the Prince of Lovesexy (his last album but one), ensconced in a lily with nothing but a crucifix for company. On stage he is fully clothed and monochrome. He has a four-man, one-woman band, a three-man dance group and just four costume changes. This mise-en-scène is austere by Prince’s usual standards.

Prince’s stripped-down showmanship and his musicianship are at their best in this show. Yes, he still humps the microphone, and the microphone stand, and the piano, and indeed the floor. Gone, though, are the sluttish backing singers of yesteryear. Instead, he has matched himself with powerful female voices, with Mavis Staples, of the veteran pop gospellers the Staples Singers (recently signed to Prince’s Paisley Park label)—she opens the show—and an unknown, Rosie Gaines, whose impressive gospel-tinged contralto alternates with Prince’s two singing voices—a breathy falsetto and a baritone rapping voice—for the rest of the evening. There are the three lanky track-suited dancers; and Prince himself, supple and callipygous, who slides and twirls indefatigably.

Mavis Staples, shimmering with sequins, opens with “I’ll Take You There”, the Staple Singers’ bubblegum soul hit of the 1970s, followed by one of Prince’s newer tantric anthems, “Do Me, Baby”. Prince’s set opens with the overture from his first album, For You (1978) and “The Future”, the first track of his most recent recording, the Batman soundtrack. Then he slides into the millenarian “1999”, following this with “Purple Rain”, and a new down-tempo ballad, “A Question of U”.

After this overview of the back catalogue we get down to some startlingly basic rhythm’n’blues with Rosie Gaines hollering Bessie Smith-style while Prince plays B.B. King riffs as though the electric guitar had been recently invented. Prince is master of many guitar styles, but he has never sounded quite like this before.

After the blues interlude (there is no break in the show, no pause at all), Prince sets the tone for the rest of the evening with the merry funk anthem “DMSR’” (Dance, Music, Sex, Romance). Rosie Gaines ventures a reprise of “Do Me, Baby”, rather outshining Mavis Staples’s earlier version. The encores are solid funk: “Party Man” from the Batman album, “Baby I’m A Star” from Purple Rain, and Otis Redding’s “Respect”. In a final tribute to James Brown’s celebrated stage routine, Prince is mock-forcibly restrained and led offstage by his minders.

This is a show that displays Prince’s many strengths as a performer and also his critical weaknesses: on the one hand his phenomenal musicianship, vocal versatility, agility and showmanship, on the other a certain thinness in his voice and consequent lack of gravitas as a performer. He can get an audience on its feet but he can’t quite make them dance; he can give them a party but he can’t really move them, he can’t make them cry. With those provisos, the show is a corker.

Instead of three or four stadium gigs Prince has chosen to play an unprecedented 15 nights at Wembley Arena, where he is visible and audible, more or less, to the whole audience. For this, all credit to him. ★