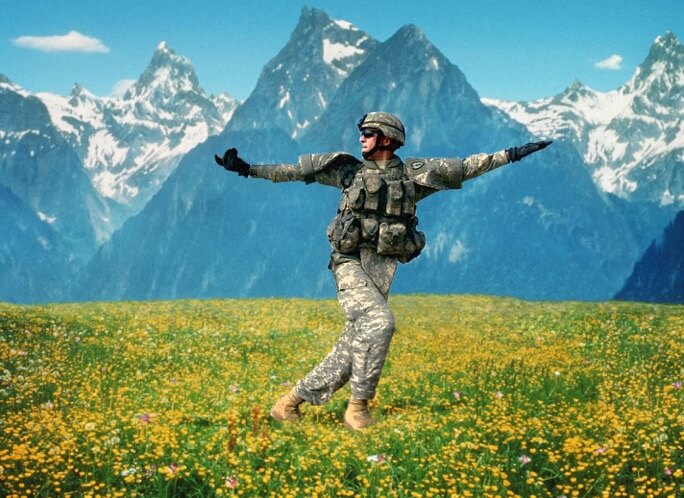 Some sing as they work; some sing in the shower; some sing in their sleep. Myself, I sing in the mountains, when the weather’s right. Or else I recite a poem or two. A song with a beat can ease the steep ascent. When I go walking Julie Andrews and the von Trapp family are not far behind. And close on their heels is the weather-wise minstrel from the middle-English poem, Sir Orfeo:

His harp, whereon was all his glee
He hidde in a hollow tree
And when the weather was fair and bright
He took his harp to him well right…

“O’er all the vale”, the poem concludes, “the sound gan shille.”

That’s a middle-English way of saying you could hear Sir Orfeo a long way off. No doubt the locals loved his har 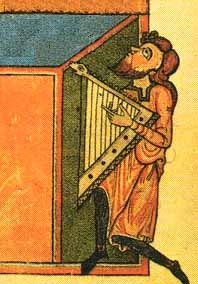 p-playing. Just like they love to hear me sing.

It was my reputation as a crooner of the fells, I am sure, that prompted an invitation to join the Four Peaks Challenge last week—a race up Britain’s four highest summits—as a member of a team called Ain’t No Mountain High Enough. The leader of our team was Rebecca Stephens, author of On Top of The World, a memoir about her ascent of Everest, who is currently the public face of the delivery company DHL.

That organisation has taken as its theme tune the Ashford and Simpson classic, which was a hit back in the 1960s—first for Tammi Terrell and Marvin Gaye, and subsequently, you may recollect, for the Supremes and the Temptations. As I said, I’m sure the reason I was asked along—though they didn’t actually say so—is because Rebecca and the other members of the team couldn’t wait for the chance to hear me sing.

And since you ask, yes, I do a near-perfect rendition of the breathy contralto recitatif that opens “Ain’t No Mountain High Enough”, a part of the song that is sadly omitted from the DHL commercial. I’m ready to fill in if they ask—I’ve been practising all week:

If you need me, call me.
No matter where you are,
No matter how far.
No wind, no rain,
Nor winter’s cold
Can stop me, baby,
If you’re my goal.

So now, added to the Tammi Terrell and Marvin Gaye original and the Supremes cover, there’s my interpretation to reckon with. No wall of sound. No backing singers. Just wind and rain and bleating sheep. It’s hard to do the Motown moves in an anorak, but I tried, you can be sure, till I got left behind in the mist. I’m still wondering why the others didn’t stop and wait for me. 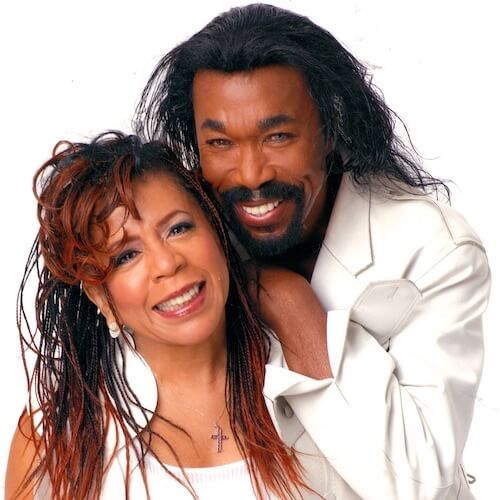 Ashford and Simpson: not mountaineers

It was chilly up there, singing or no singing. While the rest of the country was expiring in the heat we were engulfed by fog and rain, first on Ben Nevis, then on Scafell and latterly—twenty-four hours after we started—in a freezing downpour trudging up Snowdon. Nickolas Ashford and Valerie Simpson, the Motown veterans who wrote “Ain’t No Mountain High Enough” back in 1966, are probably not mountaineers. For sure, if they’d ever experienced the kind of wet and cold we had on Snowdon they’d have thought twice about that rash promise in their song.

No wind, no rain,
Nor winter’s cold
Can stop me…

As for Sir Orfeo, the knight who thought it was a good idea to keep his harp in a hollow tree, you have to wonder if the weather in Britain can ever have been reliable enough—even back in the middle ages—for it to be safe to leave a stringed instrument to the mercy of the elements. Maybe our part of the world is getting colder and wetter, though. Last week, in midsummer, on Britain’s high peaks, it certainly seemed to be. There was mist in our eyes and ice in our throats and frost in our faces. It was like being in a deep-freeze. Or an ice-cave. Or onstage with a broken dry-ice machine that you couldn’t switch off…

The rapture of the heights

Stop right there! Hold that metaphor! Beware this over-the-top imagery. It may be a symptom of rapture of the heights, an affliction of the inexperienced and overenthusiastic high hill-walker.

Veterans are alert to this syndrome. Doug Scott, doyen of British mountaineers, has the following warning—or recommendation—“The higher you go,” he is wont to say ,“the higher you get.” And in the classic mountaineering memoir, Touching the Void, another celebrated climber, Joe Simpson, describes lying in a crevasse with a broken leg in the Andes, many days walk from 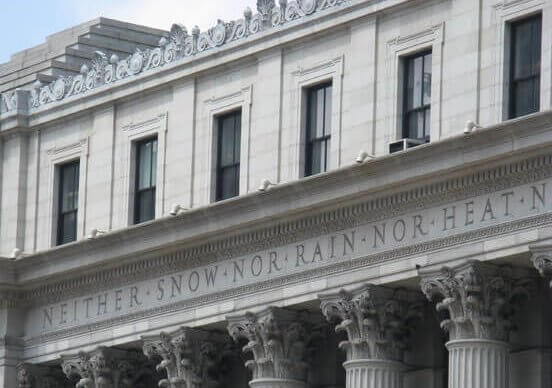 human habitation, certain that he was about to die, passing the time by reciting soliloquies from Hamlet.

For my part, on a misty day in Wales, a mile or two from a road, with all my limbs in working order, but growing a little weary of Ashford and Simpson (though my companions were surely hoping for an encore) I found myself seguing away from “Ain’t No Mountain High Enough” into Laurie Anderson’s only slightly less venerable track, “O Superman”.

This virtuoso performance by Anderson and her vocoder has lyrics that derive—as it happens—from the same ancient source as the opening of “Ain’t No Mountain High Enough”. It’s a fragment of Herodotus that, translated from Greek, once formed the motto of the Pony Express. The words as intoned by Anderson in “O Superman” are carved in stone—you surely need to know this—over the portals of the Central Post Office in New York, an inscription that is visible to this day as you exit Pennsylvania Station:

Neither snow nor rain
Nor heat, no gloom of night
Stays these couriers
From the swift completion
Of their appointed round

Busker of the snowline that I am, you won’t be surprised to learn that I do a passable Laurie-Anderson-vocoder imitation too. And I bring a much-needed touch of gravitas to the vocal, though it sounds like a didgeridoo. “O Superman” has a steady rhythm, an emphatic two beats to the line. It’s well suited to the slog of crags. At first, that is. But after many repetitions the lyrics start to slither around your brain like quicksilver. And you end up regretting them even as they issue from your mouth. And—what’s this?—your companions begin to throw clods of earth at you.

As I said, like Sir Orfeo, I only sing when the meteorological conditions are right. Call me a fair-weather minstrel. It’s easy to put me off my stride. And so it was, at this point in the Four Peaks Challenge, that I decided, with regret, that despite everything, it really wasn’t singing weather. ★