The AIDS quilt on the Mall in Washington DC

Last week Steven Mathews died. He was thirty-six years old, a man of charm and intelligence, without pretension, without enemies, one more casualty of the health crisis that has spread to all continents, an epidemic that, like war, fells men and women in their prime, leaving sorrowing mothers, fathers, sisters, brothers, friends and lovers in its path—including, no doubt, many who are reading this now. 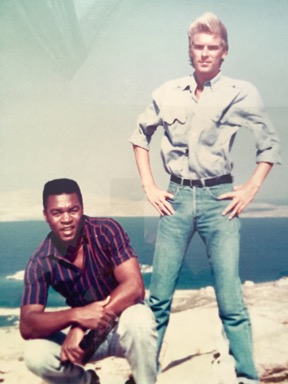 Grief drives a pin through the folds of memory. I went to Steven’s funeral in a drear crematorium in South London with Wesley Kerr—Steven’s friend and mine. As we talked with the other mourners there I found myself taking a mental roll-call of the victims of two very different conflicts, equally devastating in their consequences. On the one hand, the global AIDS epidemic; on the other, the war in Sudan.

The AIDs epidemic and the war in Sudan began the same year, in 1983. I’ve worked in Sudan for the past twenty years, off and on, first as a field researcher, then as an aid worker, in rural areas that became war zones, or camps of displaced people – the indigenous inhabitants of a once-peaceful country, now marooned and dispossessed by conflict and the famine that follows in its train. I returned from Southern Sudan just a few days before Steven’s funeral—from the civil war in Africa’s largest country to the viral battlefield in our own.

As those we love slip into the past 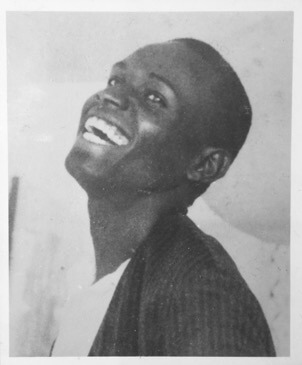 Here in Britain, in the metropolis, death has come stealthily, as the ranks of old friends and lovers are thinned by the plague. Philip Lloyd-Bostock, an academic and novelist, was the first person I knew with AIDS. He died in 1985, barely two years after the epidemic began. Since then, the number of those who have slipped into the past tense has grown steadily: Tim Swales, Eduardo Guimarães, Ramadan Muchoki. Perhaps you knew them too, or someone like them. May they rest in peace. In my address book crosses mark their names. The book becomes a garden of remembrance.

In Sudan death is swifter and more violent. Half a dozen of those I came to know in the time I spent there as a researcher have died in the past few years. As with AiIDS, the direct casualties of the conflict are mainly young men, but this is changing as war and famine bite deep into communities in the south, where women and children bear the brunt of suffering .

My research assistant, Robert Maker Joseph, a sweet-tempered teacher who taught me much of what I was able to learn about his people, the Dinka, joined the southern rebel movement in 1984. In 1985 he was killed in action by Sudanese government troops outside the Southern town of Bentiu. His friend Zakaria Manyang, who also helped me with the work I was doing in their home area, died in the Bahr al famine of 1987-89. And Benjamin Bol Akok, a former government minister who joined the rebellion, and who lived in my house in London for a while, with his wife, Adele Aluk, was killed in Ethiopia by his own comrades-in-arms. 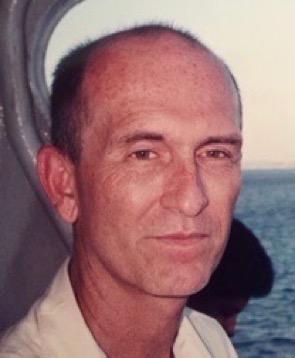 And so it has continued, year after year. There’s AIDS in Sudan also—the country is too close to the centre of the epidemic in Central Africa to have escaped. But in the midst of war and hunger, AIDS goes almost unnoticed: it is just one more in a bundle of life-threatening afflictions.

Those gathered in the chapel where Steven Mathews’ body was delivered to the flames, young though most of us were, will all have had lists of other deaths in their minds. New funerals remind us of old griefs; the dead rise up, revenants in the minds of mourners. And this, as every pulpit homily reminds us, is where they live on: in the recollections of those who survive.

I’ve been reading The Farewell Symphony, Edmund White’s sprawling AIDS elegy. The book is named after the composition by Haydn where the instrumentalists leave the stage, one by one, until only a single violin is left playing. In the book the narrator has the violinist’s role: towards the end the reader realises that the characters have all died, except the one who is telling the story. Ed White’s book is a roman à clef as well as an allegory, a memorial for those who figure in it, tactfully contradicting the metaphor of its title, touching its characters with the longevity of art.

Ghost marriage and the art of memory

In Southern Sudan, still a largely non-literate society, the arts of oral memory live on, expressed in the idiom of kinship. If you are a Dinka or a Nuer, from one of the pastoralist communities in the South—at least if you are male—it is impossible, in theory, to die without offspring, thanks to the institution of ghost marriage. 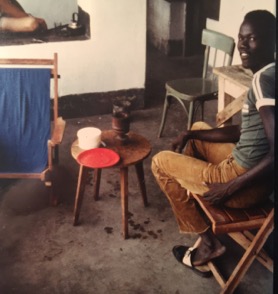 Ghost marriage is explained by a Dinka elder, Joseph Malual, in an interview in The Ruffian on the Stair, a book about death and culture by the English writer Rosemary Dinnage. The Dinka people, Joseph Malual explains, are patrilineal and polygamous: if you die before your time, then your brother, or another kinsman, will marry on your behalf. The children of such a marriage will figure, not in his lineage, but in yours. Even today, in the carnage of war, a man who dies unmarried, such as Robert Maker or Zakaria Manyang, even if they have barely reached adulthood, will have descendants who bear his name. And a woman who dies childless may also, in certain circumstances, become a classificatory male, so that children are raised in her name, and she is recorded as a father in the patriline. 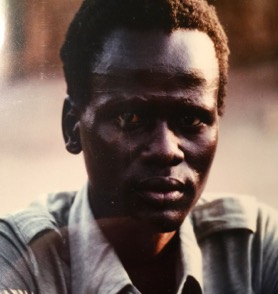 For the Dinka and the Nuer—and other Southern Sudanese—the physical death of young people is an everyday event. The long civil war has seen to that. But for them, so far, social death is a contradiction in terms. The language of kinship inscribes the names of the dead in the lives of their relatives and descendants. For us in western countries, albeit less prescriptively, the names of those who have died may be written into family history in other ways—children who are named after the deceased, or named after friends or family members who themselves have no offspring, their lives and characters to be invoked by those who knew their namesakes when they were alive.

Steven, Philip and Tim; Eduardo; Ramadan; Robert, Zakaria and Benjamin. One or two of them had children; most did not. Let those who carry their names into the future bear witness to their lives. And let those of us whose lives were touched by theirs bear witness also. And may the arts of memory—music and literature, funeral orations, superannuated address books, kinship systems and ghost marriage—maintain a place for the dead in the hearts of the living, the only kind of immortality most of us will know. ★