Into my heart an air that kills
From yon far country blows:
What are those blue remembered hills,
What spires, what farms are those?

That is the land of lost content,
I see it shining plain,
The happy highways where I went
And cannot come again.

When I was aged nine or ten my grandmother gave me a leather-bound edition of A Shropshire Lad. It was a copy my grandfather had bought for her after the First World War, when A.E.Housman’s fame was at its height. A Shropshire lad myself, born in Shrewsbury and raised in those blue remembered hills—Housman’s symbol of the unrecoverable past—I was thought by my grandmother to have a natural affinity with the book. And it indeed had an influence on me, giving new shape and form to pre-adolescent melancholy. 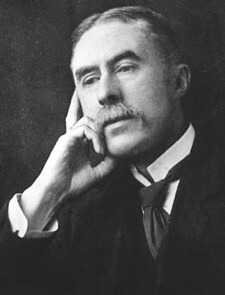 This year is Housman’s centenary, and we’ll be hearing more about those hills, the setting for his tortured Shropshire pastoral. Housman’s lyrics—his immaculate tetrameters and trimeters—still reach parts that other measures cannot reach, the part of us that remembers things by heart (that is, perhaps, the heart). And yet A Shropshire Lad, I see more clearly now, is also the product of something dark, a corrosive nostalgia, a remorseless conflation of youth and beauty with death.

About the time my grandmother gave me the book there was a murder in the town where we lived. A young man named George Riley was accused of robbing an old woman—his neighbour—and beating her to death. He was tried and found guilty at Stafford Assizes and hanged at Shrewsbury prison in February 1961. George Riley was barely twenty-one at the time of the murder; the conviction was based on a confession which he later withdrew. He was one of the last people to be executed in Britain. Doubts over the verdict and the protests it gave rise to contributed to the suspension of the death penalty a few years later, and to its eventual abolition.

I knew George Riley; he and his family were patients of my father, who visited him in prison on the eve of his execution. My sister Caroline remembers our father coming home that day, silent, not greeting us, going to the record-player in the unlit drawing room and sitting for a long time listening to music in the dark. Because of this family acquaintance—and the near-coincidence of our surnames—the case exercised a morbid fascination on me. In my mind I can still see the headline on the front page of our local paper, the Shrewsbury Chronicle: Riley To Hang, it says.

I remember walking with my mother at that time by the River Severn, along the flooded tow-path, with swans sheltering among the osiers on half-submerged river islands, past the watergate, under the railway bridge, to the Dana prison, where George Riley’s life ended. The same prison had been the site of one of Housman’s numerous threnodies for young men executed for sheep-stealing:

They hang us now at Shrewsbury jail:
The whistles blow forlorn,
And trains all night groan on the rail
To men that die at morn.

My copy of A Shropshire Lad falls open at this page; the lines bring back the rushing of the waters, the shriek of trains, the brick facade of the prison on the hill above, and the hanging of young George Riley—a conjunction of dangers, of liminal states, which made the place alluring to the vivid imagination of early youth. 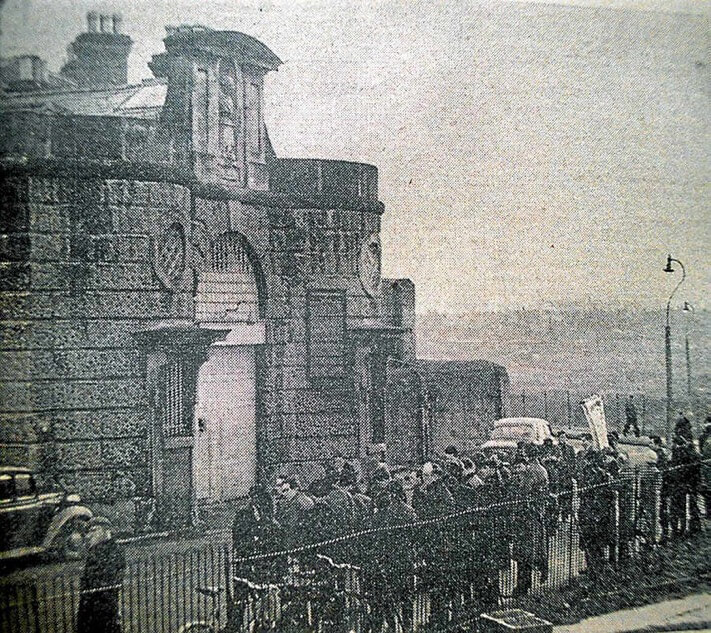 What happens to the lads in A Shropshire Lad?  (That word “lad”, Cyril Connolly calculated, occurs sixty-seven times in sixty-three poems.) Convicts, conscripts, star-crossed lovers, men-at-arms—they die, every one of them, either by their own hand, or in battle, or, quite often, on the scaffold. In Housman’s Shropshire death has no mercy. There’s no prospect of the abolition of capital punishment. There is no sign, in fact, that Housman even opposes the death penalty.

The ubiquity of death seems to have been part of the appeal of the poems. The success of A Shropshire Lad came late—long after its first publication in 1896—in the aftermath of the decimation of European youth in the First World War. For my grandparents’ and great-grandparents’ generation Housman’s prophetic nostalgia served to order their grief. Few of them were aware—how could they have been?—of the roots of this nostalgia in Housman’s unrequited romantic passion for Moses Jackson, his university contemporary, whom he loved secretly and mourned till the day he died. It seems that Housman’s attraction to youth and his unspoken love for Moses Jackson walked hand-in-hand with his fascination for death.

Today, when the formerly clandestine dialects of love are free to speak, when the codes and sublimations at work in Housman’s verse have been revealed—and the discreet homoerotic harmonics of the word “lad” defused—the disturbing fact remains: the young men who are the objects of desire in A Shropshire Lad all get slotted. They’re killed off, one by one. There are more deaths in A Shropshire Lad than in Hamlet or The Revenger’s Tragedy. For Housman the death of love seems to have been linked to the death of the loved one. In this respect his lyrics stand in contrast, for example, to Shakespeare’s sonnets, which move from love and loss to atonement and reconciliation.

Housman done by as he did

Hugh Kingsmill, a once-celebrated, now-neglected novelist and wit, noting this necrophile tendency in Housman, wrote a parody of A Shropshire Lad, which runs, in part, like this:

What, still alive at twenty-two,
A clean upstanding chap like you?
Sure, if your throat ’tis hard to slit,
Slit your girl’s, and swing for it.

Like enough, you won’t be glad,
When they come to hang you, lad;
But bacon’s not the only thing
That’s cured by hanging on a string

So, when the spilt ink of the night
Spreads o’er the blotting-pad of light,
Lads whose job is still to do
Shall whet their knives, and think of you.

In the art of parody, it may be noted, Housman himself gave as good as he got. In “Terence, This Is Stupid Stuff” he mocked those who deprecated the melancholy strain in his poetry. Such people, he suggested, are better off drinking beer. For them, he writes,

Malt does more than Milton can
To justify God’s ways to man.

So when it comes to Kingsmill’s mordant zeugma—“Bacon’s not the only thing / That’s cured by hanging on a string”—Housman is fairly done by as he did. The parody reveals the way in which the metrical authority of his verse masks a decidedly eccentric vision.

Each man lampoons the thing he loves: Kingsmill was happy to acknowledge Housman’s greatness as a poet. And I find enduring pleasure in my grandmother’s gift, in the unsurpassed lyrical precision and measured melancholy of Housman’s poetry, in his evocation of the landscape of my childhood, of the loveliness and transience of youth. I’ve been more at ease with this, though, since I became conscious of Housman’s special relation to Thanatos, to the spirit of Death—since I laid a layer of awareness over the dark romance that haunted me when I was a boy. ★

Tom Stoppard’s play, The Invention of Love, which was first performed in 1998, a year after this piece first appeared, brought a quasi-fictionalised representation of Housman’s art and some of the emotional complexity of his life to a world stage.